This is what it takes to make a masterpiece. 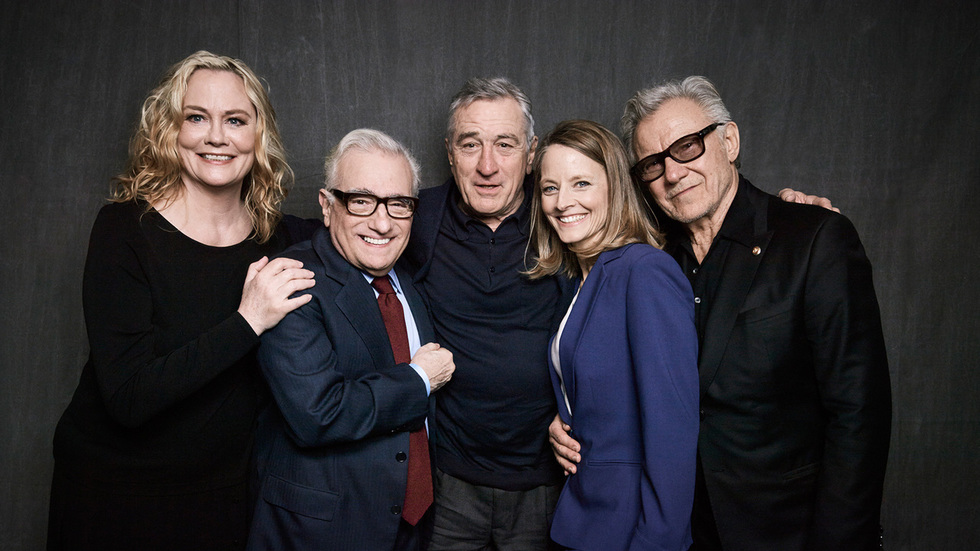 Before Martin Scorsese's immaculate and important Taxi Driver screened last night at the Beacon Theatre, as part of its 40th anniversary celebration at Tribeca 2016, Festival co-founder (and, you know, acting god) Robert De Niro wanted to clear something up.

Taking the stage with fellow founder Jane Rosenthal, De Niro proclaimed, "Forty years. For 40 fucking years, every day one of you comes up to me and says…"

If you're even faintly familiar with popular American cinema, then, chances are, you know what he said next. And if you haven't the slightest clue, you should probably put this article on hold and immediately acquaint yourself with Taxi Driver, which still blazes brighter and more brutally than just about any film that has been made since.

Following a screening of Scorsese’s crown jewel in its new and pristine 4K restoration, the film’s legendary cast and creators participated in a panel discussion with the Film Society of Lincoln Center’s Kent Jones. The lively and informative conversation was filled with personal reflections, behind-the-scenes anecdotes, and some occasionally uproarious remembrances, thanks in part to a surprise appearance by unannounced attendee Harvey Keitel, who was joined by De Niro, Scorsese, Jodie Foster, Cybill Shepherd, screenwriter Paul Schrader, and producer Michael Phillips.

These are the highlights:

Schrader, Taxi Driver's bullish scribe who would later go on to write Raging Bull and direct his own lacerating character studies, relates to Taxi Driver more than most fans might be aware. During the panel, Schrader confessed that the film’s story, which began in the early 1970s, was spurred by a personal crisis in which the writer felt himself edging closer and closer towards a Travis Bickle-like breakdown. Schrader then admitted that the writing process provided a "therapeutic power" that aided him immensely, although his influence on the film isn't restricted to the page. As De Niro noted, Travis' trademark army jacket and cowboy boots are each direct lifts from Schrader's own appearance at the time.

Upon completion of the script, Schrader gave it to none other than Brian De Palma, who passed it on to Phillips and a pre-Mean Streets and not-yet-bankable Scorsese as early as 1972, after deciding that the story "just wasn't for him." Scorsese, of course, felt differently: "What I saw [in it], I can't articulate," the director said. "It just had to be done." By the time Taxi Driver finally got around to filming in 1975, De Palma was deep into the making of his 1976 thriller Obsession and played matchmaker for another of the film's key collaborations. Speaking of which…

Herrmann, whose darkly entrancing score for Taxi Driver is the famed composer's final work, was teaming with De Palma on Obsession when Scorsese approached him about joining the film. The famed movie composer's response? "I don’t do films about cabbies!" He ultimately relented, but his involvement always remained uncertain at best. According to Phillips, Herrmann, who came out of a self-imposed exile in England to do the movie, landed in Los Angeles to work on the score and, within minutes, went back to the gate to try to get home.

Phillips and Scorsese joked at length about the many eccentricities of the man who worked with Welles and Hitchcock, such as Herrmann's admittance that he primarily joined the film because he liked the way Travis poured peach brandy over his breakfast in an early scene. Scorsese butted heads with Herrmann over using two song cues in the film, to which the latter replied, "The only person who does music in a Bernard Herrmann movie is Bernard Herrmann!" That also happened to be the last conversation Scorsese had with the legend. Herrmann died at the end of the second day of recording.

Harvey Keitel Did Some Extracurricular Research for His Memorable Bit Role

Keitel, who is perhaps Scorsese's longest industry friend, dating back to the days when the two were working on student film togethers at NYU, was initially offered the role of Tom, the Palantine office killjoy whose interactions with Shepherd's sunny, blonde Betsy provide the film’s only real moments of comic levity. Keitel, however, insisted on playing the brief part of Sport, the lecherous street pimp keeping Foster’s teenage runaway captive, and the other role went to Albert Brooks.

As it turns out, Keitel did some pretty in-depth research for his small but pivotal role. At the behest of Scorsese (and with plenty of egging on from an eager-to-hear audience), Keitel recounted working with a "former" pimp who familiarized the actor with the illicit process through some seriously strange role-playing, in which Keitel would "play the girl" and vice versa. Hey, whatever it takes...

That stunning, post-shootout overhead shot that leads us out of the bloody tenement of Taxi Driver's climax and solidified Scorsese as a filmmaker working on an entirely advanced visual realm… Well, it almost didn't happen.

The shot, which required major roof construction that lasted up to three months, only had 20 minutes to actually be completed, thanks in part to Foster’s time-sensitive shooting schedule as a then-underage actress. After negotiations for an extension with Foster's mother and on-set social worker went nowhere, Scorsese bit the bullet and filmed that extraordinary shot in just two takes. Sometimes, peerless movie magic only requires a matter of minutes.