THE BOMB is Tribeca 2016's Most Ambitious World Premiere

Film, music, and social action will converge together for one massive multimedia installation closing the Tribeca Film Festival. 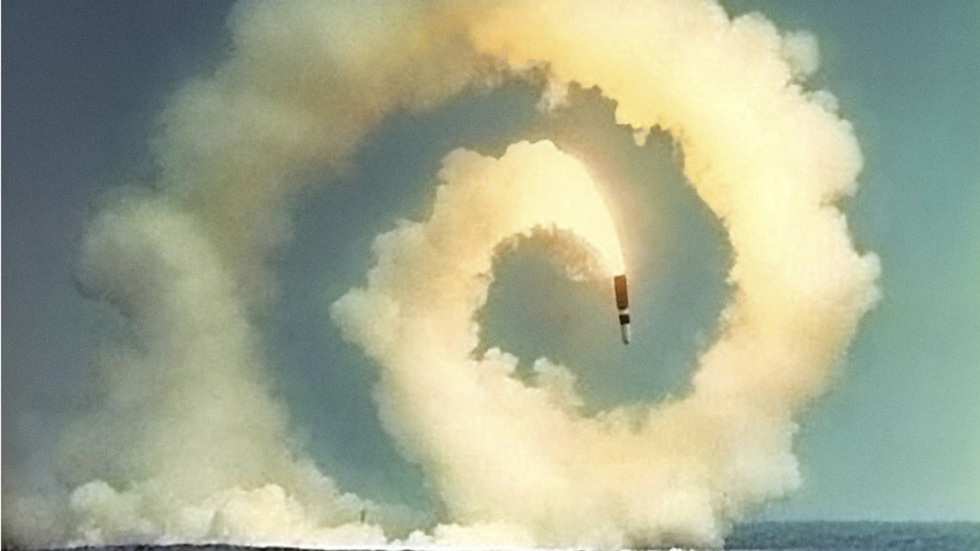 Still from the bomb. Photo by Smriti Keshari and Eric Schlosser.

The 2016 Tribeca Film Festival is set to go out in a grand fashion. Throughout the closing weekend, the Festival's attendees will be the first to see the latest in groundbreaking experiential storytelling: the bomb, a multimedia film installation created by filmmaker Smriti Keshari and author Eric Schlosser. The one-of-a-kind project will be unveiled on Saturday, April 23, and Sunday, April 24, at Gotham Hall, and will place the audience in the middle of the story of nuclear weapons. The experience is big and inescapable with floor-to-ceiling screens and a live score in the center of the space, all of which Keshari describes as "contained chaos."

"For some time I've been thinking about this idea of having people inside a film, and how that experience would be different and more impactful," explains Keshari. "[It's an experience] where you have to make choices about where you stand, where you are looking, and what your relationship is to the music. It breaks away from the traditional one-directional relationship we have with film."

The 55-minute immersive experience explores the history, contemporary proliferation, and destructive power of nuclear bombs. "I couldn't believe that the reality of nuclear weapons wasn't something that came across my radar," says Keshari, who became interested in the project after reading Schlosser's investigative book, Command and Control: Nuclear Weapons, the Damascus Accident, and the Illusion of Safety. "For people who grew up in the generation after the Cold War, this isn't something that they think about, and yet now the threat is even greater. It was almost an immediate instinct to want to create something that changes that.”

The film, which is directed by Kevin Ford, Keshari, and Schlosser, is structured nonlinearly and features never-before-seen archival footage showing the real-life horrors of the seven-decade-old debate surrounding nuclear security. "What I like about [the bomb] is that it's a really bold way to cut through the sense of denial and amnesia about this subject," says Schlosser. "There's an underlining structure that leads you to the ending that's a combination of everything that's come before. But it's not a conventional documentary. It's a visceral and emotional experience."

To simulate the power of nuclear weapons, the bomb will combine film and original animation created by Stanley Donwood, and will be projected 360° on eight massive floor-to-ceiling screens, created by United Visual Artists, that will surround the audience as the progressive rock band The Acid performs in the room. The audience will experience a recreation of nuclear testing and attacks while being immersed in the cultural and political implications of the powerful man-made technology. And the bomb couldn't be more timely. There are currently nine nations that have stockpiles of more than 15,000 nuclear weapons; many of those weapons are far more powerful than the atomic bomb that destroyed Hiroshima in 1945.

"I want this film to be a powerful life experience for everyone who sees it," says Schlosser. "I want them to leave with their eyes wide open in some way, having been changed by it." Adds Keshari, "It's also important for people to leave with a sense of hope. It's a problem and a reality that we've inherited, and through public discourse we can have a voice to change its course."