Your next HBO obsession premiered at the Tribeca Film Festival yesterday, with cast and crew on hand for an informative Q&amp;A. 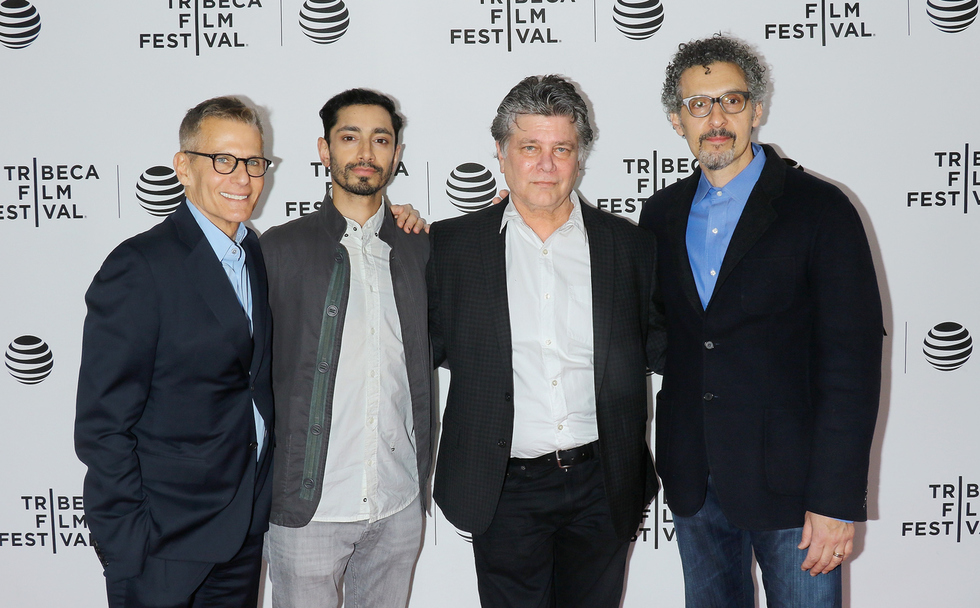 The Night Of is an upcoming HBO miniseries with a killer creative team, featuring a stellar cast headlined by the reliably fantastic John Turturro (Barton Fink, Do the Right Thing) and talented newcomer Riz Ahmed (Nightcrawler, the upcoming Rogue One: A Star Wars Story). Directed and co-written by Oscar winner Steven Zaillian, and also co-written by acclaimed novelist Richard Price, the series is a powerful exploration of the corrosive, morally broken, and politically corrupt U.S. prison system. Matt Zoller Seitz, Vulture's great television critic, moderated a panel with Turturro, Ahmed, Zaillian, and Price, after yesterday's Tribeca Tune In screening of the first two episodes.

The legendary James Gandolfini was originally set to star in The Night Of and is posthumously credited as an executive producer, a nod to his crucial role in putting the project together before he passed away in June 2013. Seitz, who's written much on The Sopranos and Gandolfini, was curious how the actor's sudden death impacted the project. The creative team's first reaction was that "it was over," and the project was put on hold until Price was abruptly asked to finish the scripts. "I started writing this right after my bar mitzvah," joked Price, referencing how long the process has been.

The panelists revealed that by the time of Gandolfini's death, they’d only shot the pilot and written a few of the episodes, making it possible to salvage the series after the initial devastating setback. Turturro was close friends with Galdolfini and directed him in the 2005 indie Romance & Cigarettes; he was thus "very conflicted" when asked to replace him in the role. Yet he was calmed by the fact that Gandolfini's part in the pilot was "miniscule," as his character is on screen for a mere 30 seconds. Price, however, noted that even with such a brief appearance, his great talent was on full display. "In those few seconds, he was so charismatic," he said. "But I feel the same way about John [Turturro]."

Ahmed loved the script despite it having no title page with any screenwriter's name. He laughed as he recalled thinking, "Whoever wrote this has a great career ahead of him." Zaillian was immediately impressed with Ahmed's skills after being disappointed by hundreds of other auditions. "It was a no-brainer" to sign on, said Ahmed. Turturro showed equal love for the script, saying, "It was wonderful material. We were in the hands of great imaginations. [Zaillian] reminded me of my mom sewing—he was never bored."

Turturro only watched 20 minutes of the source material, the four-part BBC series Criminal Justice, preferring to remain in the world of the new script and his research in New York City. Ahmed, for his part, researched by talking to prisoners in situations similar to his character, Nasir, a Pakistani man accused of murdering a girl on New York City's Upper West Side. The co-stars didn't spend time together before shooting; the bonding seen on screen, said Zaillian, was happening in-step with the real process.

The series' cinematic inspirations came from a specific era of filmmaking. "Movies in the '70s were my favorite," said Zaillian. "If it’s anything like that, I'm happy." Price felt the same way: “This is my first time in a movie theater in two years, because they don't do it for me anymore.” That earlier cinema had an "unvarnished rawness" that has since been missing. Turturro watched several of that decade’s films to prepare for the role. Among the films mentioned by the panelists were Serpico, The Taking of Pelham 123, and The French Connection, which features a memorable chase sequence filmed in the real streets and subway stations of New York. "I am proud to have made a New York movie," said Zaillian, of having filmed the entire series in New York—in its subways, courtrooms, and prisons. He added, "There are 230 speaking parts" played by "mostly New Yorkers" (including the marvelous Michael K. Williams).

Transferring the series from England to New York meant changing the racial profile of the main character, from that of Caucasian (originally played by Ben Whishaw) to Pakistani. Seitz asked why they chose to do this and, in turn, address the immigrant experience. "It was the first decision we made," said Zaillian. "It wouldn’t be believable," explained Price, "if this happened to a young white man [with a] working class taxi driver as a father." ("Lucky you!" exclaimed Ahmed, recognizing the injustice of the truth behind the statement.) New York native Turturro provided some perspective by emphasizing the immigrant makeup of the city: "There are all different kinds of New Yorkers. No one can be a 'foreigner' here."

The Night Of premieres on HBO on July 10. Learn more about the show via our exclusive interviews with John Turturro and Steven Zaillian.