Can't keep up with the rapidly-exploding Vine craze? Now that the app is available on nearly every smartphone, we'll be your one-stop shop for each week's 6-second masterpieces, be they from newcomers on the scene or established Vine geniuses. 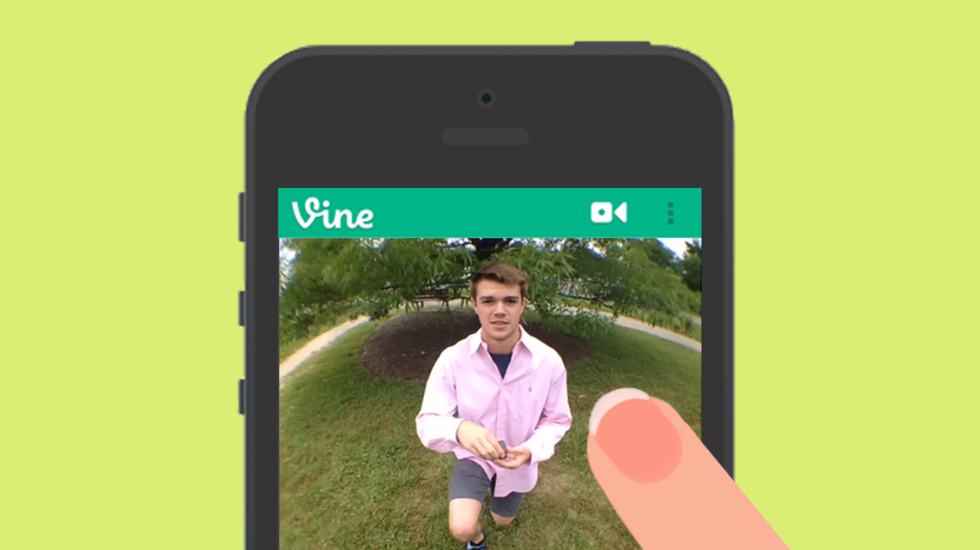 Shortly after becoming available on the Android, Vine has officially become more popular than Instagram. Swapping out vintage filters for the ability to paste clips together in a matter of seconds, users seem to prefer Vine when it comes to expressing themselves, whether it's to make daily comedic vignettes, whimsical stop-motion snippets, or simple 6-second shots of cool moments of their lives (you can now see tiny fragments from all over the world, thanks to Vine.) This week's round-up features a special message from the White House, Bo Burnham being cute, and one Viner who is nothing short of brilliant.

The Top 5 of the Week, in Our Opinion:

Playing with my toy cars :), by Ian Padgham

Featured on our list last week for a charming stop-motion vine, Ian Padgham's style is uncomplicated but still entirely magical:

Messing around with clay, by Ian Padgham

He's so great, he got 2 videos on this list:

I finally found the one <3, by Sebastian Revilla

Don't you hate it when this happens?:

Scientist Andrew Maynard has a little fun with stick figures:

The Week in Celebrity Vines:

Try and not smile:

How to get a date with Michael Phelps, by Lolo Jones

I've always wanted to do this:

At her fans' requests, Gillian Jacobs does a little dance:

And the Most Popular Vine of the Week Is…

This was a smart way to distract from all the Edward Snowden/NSA drama this past week, but @Misnoper had the best jab, saying that CM is “gathering browser cookies for the NSA”.