To gear up for the groundbreaking VR works and cutting-edge installations at this year's Tribeca Festival Hub, take a look at these currently available projects. 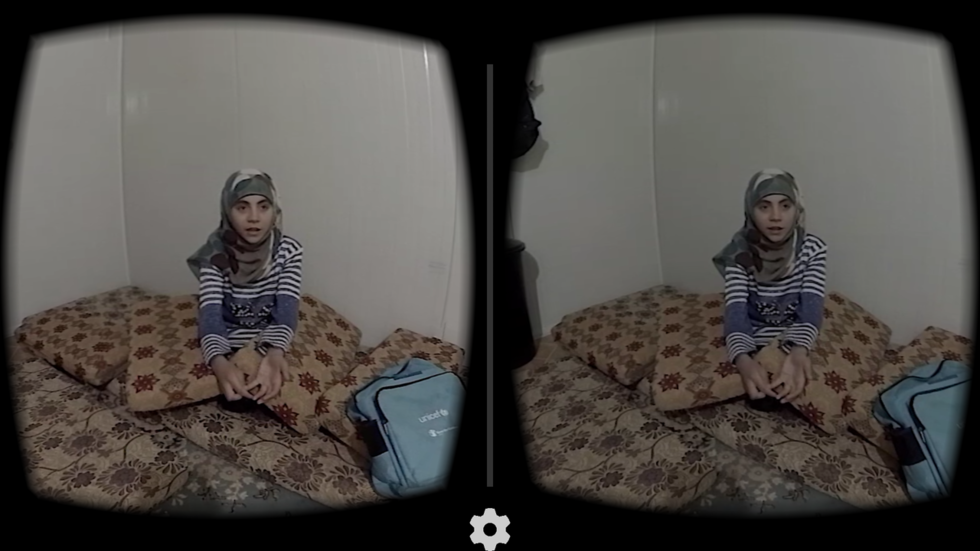 Still from CLOUDS OVER SIDRA. Photo by Gabo Arora, Chris Milk, and the United Nations

As you can tell from the 2016 Tribeca Film Festival's huge lineup of experiential storytelling, virtual reality is a really big deal. Understandably, it's also a bit esoteric to the traditional moviegoer. Which is why, in the weeks leading up to the Festival, we'll do our best to make the seemingly daunting and ever-evolving technology feel accessible. Most importantly, though, we'll convey why it's both tons of fun and so endlessly fascinating. And what better way to comprehend that than by experiencing it for yourself?

Take a seat, grab your phone and virtual reality headgear, and get ready to experience some great VR projects created by Tribeca Film Festival alums and 2016 Festival newcomers. New projects by these and other filmmakers will be available to the public during this year's Tribeca Film Festival, taking place April 13-24. The Tribeca Festival Hub opens on April 14.

NOTE: If you don't have the proper gear to fully experience these projects, click here for our breakdown of what you'll need to buy in order to join the VR revolution.

As part of this year's Virtual Arcade, Tribeca will present Gabo Arora and VRSE's virtual reality collaboration My Mother's Wing. It's the latest of several projects co-created by Arora, the UN (for which Arora serves as a senior advisor), and Chris Milk, two of which are currently available on the free VRSE app. Clouds Over Sidra (the first video above), which was shown at last year's Tribeca Film Festival, follows a 12-year-old Syrian refugee within the intimate virtual recreation of Jordan's Zaatari Refugee Camp. Waves of Grace (above, below Clouds) profiles Decontee Davis, an Ebola survivor in Liberia who cares for orphaned children in her village.

Chris Milk, a master of VR, partnered with Vice News and filmmaker Spike Jonze on Millions March, an immersion into the December 2014 New York protest against police brutality. In April, the Tribeca Film Festival will premiere Hard World for Small Things and The Argus Project, which also shed light on the very prominent issue of police violence and brutality. Read more here about Milk's work at last year's Tribeca Film Festival, where he served as the Hub's first-ever Featured Curator.

This year's Storyscapes program will include 6x9: An Immersive Experience of Solitary Confinement, by Laura Poulton and Francesca Panetta. Before the Festival begins, though, learn more about the brutality faced by prison inmates via Confinement, a short VR film from director Matthew Cooke and RYOT; the project took part in 2015's TFI Interactive. Read more about Confinement in this blog post by Cooke and producer Adrian Grenier (a.k.a. Vinnie Chase on HBO's Entourage), in which they also discuss their documentary The Survivors Guide to Prison (co-produced by Susan Sarandon).