This Weekend's Indies: 'The Spectacular Now,' 'The Canyons,' 'Drift' & More

Opening in limited release today are a sweet teen romance with a Sundance seal of approval and the long-awaited culmination of Lindsay Lohan and Paul Schrader's tumultuous professional pairing. 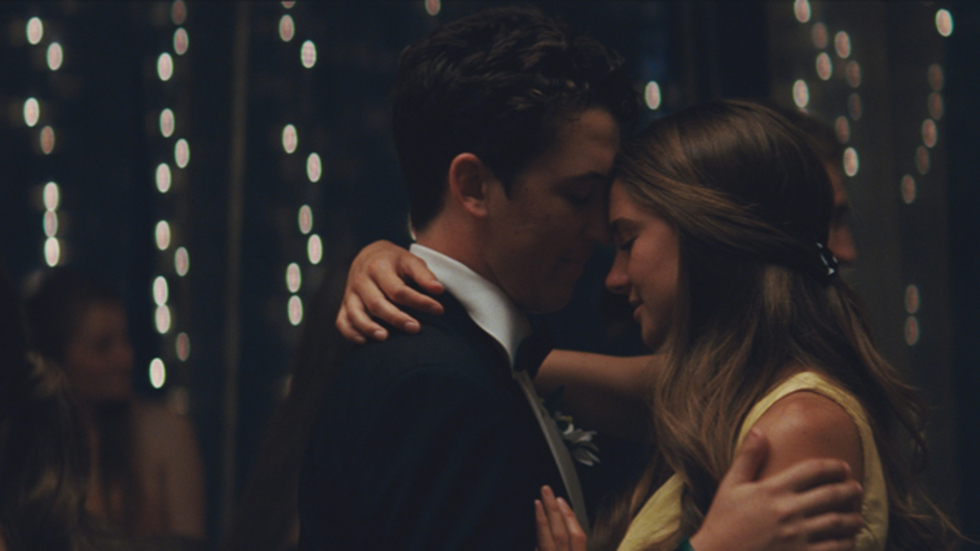 The Spectacular Now: After premiering to stellar reviews at Sundance back in January, this tale of teen romance comes into theaters riding high on a wave of praise for its two stars, Miles Teller and Shailene Woodley. The progress of their love story defies a good many expectations and feels far less sensationalized than your typical boy-meets-girl tale, and Teller's performance especially digs deeper than his Ferris Bueller-like character initially suggests. Better still, you get a slew of great performances in small roles, including Brie Larson, Mary Elizabeth Winstead, Bob Odenkirk, Jennifer Jason Leigh, Kyle Chandler, and Andre Royo.

The Canyons: The famously troubled production -- chronicled for all to see in a New York Times tell-all piece -- makes it to screens, with director Paul Schrader and star Lindsay Lohan's offscren conflicts generating onscreen sparks. Whether those sparks add up to a powerful film itself are another story, and one likely contingent on the performance of male lead and adult film star James Deen. Deen's performance comes riding in on a wave of support from his director and especially screenwriter Bret Easton Ellis, who wrote the role with Deen in mind. The Times piece suggested the performance was sneaky brilliance waiting to be unleashed. See for yourselves.

Europa Report: Cerebral sci-fi comes to the art-houses this weekend, as Sebastian Cordero's Europa Report tells the story of a manned mission to the moons of Jupiter. The style is closed-in visuals combined with wide-eyed exploration, and one wonders if the small scale can do for a story like this what something like Prometheus couldn't quite pull off.

Drift: Sam Worthington is BACK, everybody. This time with a true-life story of surfing, Australia, and the 1970s. If the summer months are leaving you a bit stifled (particularly if you live in a city), a couple hours spent with a sea-breeze metaphorically blowing through your hair might be just the trick.