Home » Tribeca News » Winona Ryder: 15 Roles Ranked in Order of How Much We Wanted to Be Her
View All News

Winona Ryder: 15 Roles Ranked in Order of How Much We Wanted to Be Her

With the most relatable of '90s actresses about to be back on the big screen, we've got the ultimate ranking of Winona Ryder characters. 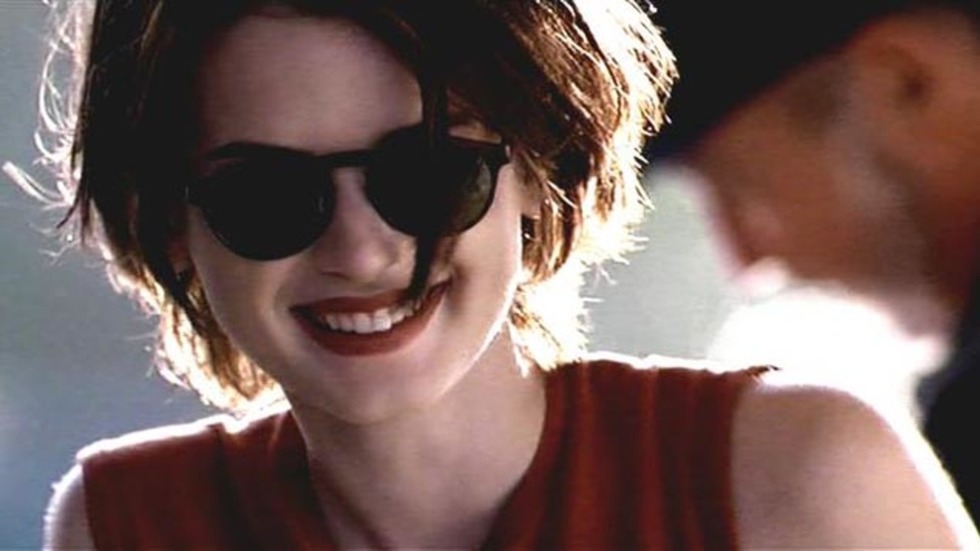 This weekend, Winona Ryder's latest film, The Iceman, debuts. Co-starring Michael Shannon, Chris Evans, and James Franco, The Iceman sees Ryder as the wife of a contract killer. Not exactly the most enviable of lives. Which is funny, because throughout the 1990s, Ryder was one of the most aspirational actresses in the business. The special thing about a Winona Ryder performance is that she made you want to BE her, whether it was as Edward Scissorhands's girlfriend, Cher's daughter, or Angelina Jolie's crazy-house roommate. We've gone and gathered 15 of Ryder's most prominent roles and ranked them in order of how much we wanted to be her in that role. Let us know if you agree!

15. Autumn in New York: The setting certainly seems nice enough. Autumn really is quite lovely in New York City. Of course, it's easier to enjoy all that the city has to offer when one isn't slowly dying of a heart tumor. Safe to say, by the end of the movie, no one was dying to be in Winona's shoes. So to speak.

14. Alien: Resurrection: There were just a lot of headaches that came with being Annalee Call in the fourth Alien film. First of all, you're in space, but on a mercenary ship, so it's not like it's luxurious. You're dealing with an Ellen Ripley clone, and you just try telling her what to do. Also, it turns out you're an android. Pass.

13. The Crucible: Ryder's Abigail Williams is a total pain in the ass in this movie. It's kind of Daniel Day-Lewis's fault for having an ill-advised affair with a younger woman in the first place, but Abigail should be able to own the fact that she was a total nightmare. A nightmare who ends up getting Daniel Day-Lewis hanged. Nobody wants to be that girl.

12. Bram Stoker's Dracula: So, okay, yes, Mina Harker ends up becoming a vampire. But before that, she's living quite the lush Victorian life and the object of eternal devotion from both Keanu Reeves and Gary Oldman. Particularly Oldman. He crossed oceans of time to find her! That'll boost your self-esteem.

11. The Age of Innocence: As the title suggests, these are pretty nice times to be living in. Life as a socialite in idyllic 1870s New York is kind of a dream come true. The hitch is that Daniel Day-Lewis (there he is again) ends up throwing you overboard for Michelle Pfeiffer. You can do better.

10. Star Trek: This seems like an awfully high ranking for what amounted to a cameo, but think about how proud you would be of your awesome son, Spock!

9. Girl, Interrupted: Okay, so, you're crazy. (Actually: are you? Or had you just told a lie and enjoyed it? Or wished you could be a child forever? Maybe you were just a girl ... interrupted.) Either way, you're stuck in an asylum, and confinement is not ideal, even if it's confinement under the benevolent thumbs of Whoopi Goldberg and Vanessa Redgrave. The bright side, however, is you get to have these really intense friendships with Angelina Jolie and Brittany Murphy and Clea Duvall.

8. Heathers: Veronica Sawyer got to be so witty and sardonic. Basically, if I could say "Lick it up, baby, lick it up" to somebody -- anybody, really, much less my best friend/worst enemy -- I would be the happiest person ever. But Veronica had a lot of annoying crap to deal with, from clueless high-school administrators to a psychotic boyfriend. You wanted her attitude, just not her life.

7. Edward Scissorhands: Winona's character in this movie is such an idealized girl. She's not only beautiful and popular but she's also kind and generous and loving and from a good family. We should all be so perfect. The downside is that we will never be with the boy we love, because his razor-sharp hands make him unfit to coexist with regular people. 6. Black Swan: Okay, granted, Beth MacIntyre is a past-her-prime ballerina who is being pushed out the door in order to make room for Natalie Portman. But basically all she does all movie is drink cocktails and make bitchy faces and comments to people younger and more successful than her. Maybe this kind of role hits too close to home, but personally, I would welcome it.

5. How to Make an American Quilt: At heart, Winona's character in this movie is your basic indecisive Berkley grad student. But who wouldn't want to sit in the company of Ellen Burstyn, Anne Bancroft, Alfre Woodard, Kate Nelligan, and Maya Angelou? To learn from their stories and take their advice? 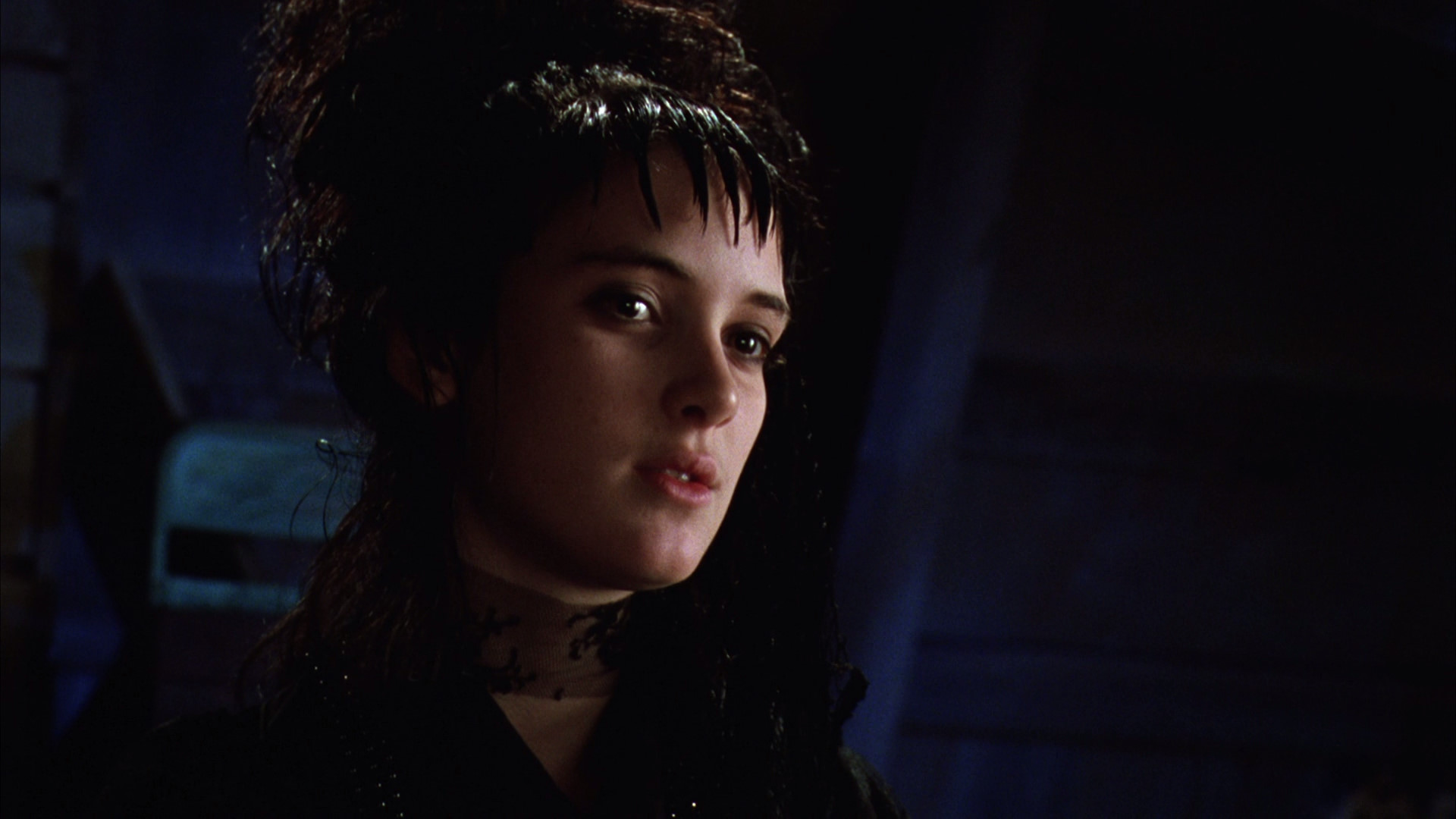 4. Beetlejuice: Okay, here we're getting into the hall of fame of aspirational Ryder roles. For an adolescent, Lydia Dietz really had it all. She lived in a fun haunted house where she was the only one who got to see/speak to the ghosts. Her parents seemed exasperated by her, but they let her wear whatever cool gothic costume she wanted. She was, okay, pretty depressed, but she got to be really funny about it. And once she dodged that whole forced-betrothal-to-a-demonic-rascal bullet, she got to float around her house after school, singing Harry Belafonte songs. 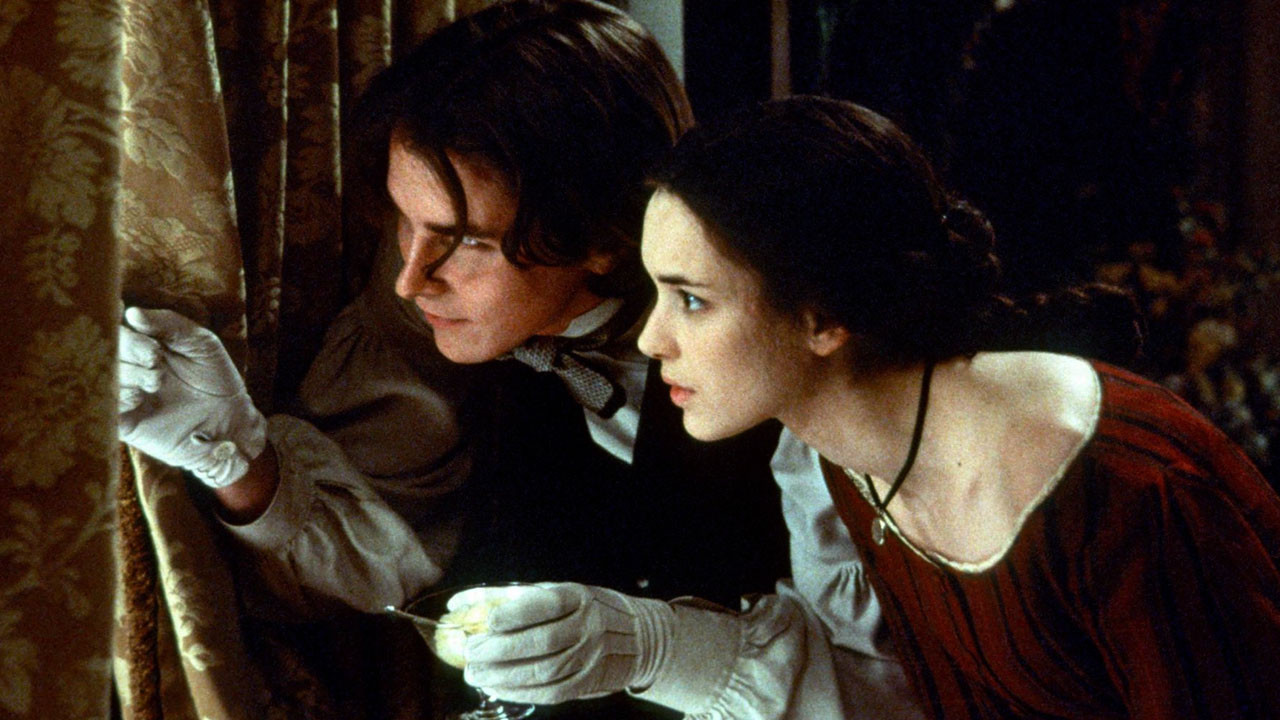 3. Little Women: How great was Jo March? She spends her childhood writing plays for her sisters and ends up a professional writer and an early icon for feminism. Yes, her one sister dies and her other sister is a hellacious brat who grows up to look like Samantha Mathis and steal her childhood boyfriend, which is what keeps this role from the Top 2, but Jo is even able to weather all that like a champ.

2. Reality Bites: Even amid a recession and lingering unemployment, oh, how I wanted to be Lelaina Pierce in the mid-'90s. Gen-X slackers had such an appeal back then. Even when Lelaina was at her lowest -- on the couch for days, braiding her bangs, repeatedly calling the Miss Cleo hotline, yet to figure out how to abuse her dad's gas card -- she was still exactly who you wanted to be. She was cool, she had cool friends (Vicky and Sam -- the best!), she was making a cool video. Only in retrospect do we have to bump her down to #2 because she ends up with Troy Dyer, and you KNOW that can't last.

1. Mermaids: Without question. No matter how much teenage confusion that Charlotte Flax had to go through, no matter how many times she ran away from home or almost got her sister killed through gross neglect, two facts remain forever true: 1) she got to hook up with Jake Ryan from Sixteen Candles in the belltower of a convent, and 2) at the end of the day, she got to dance in her kitchen with her mother. Cher. CHER IS HER MOTHER. Done. List finished.