With the year half-over, which 2013 films have delivered the best, sweetest, most emotional romances of the year so far? We've picked the top five. 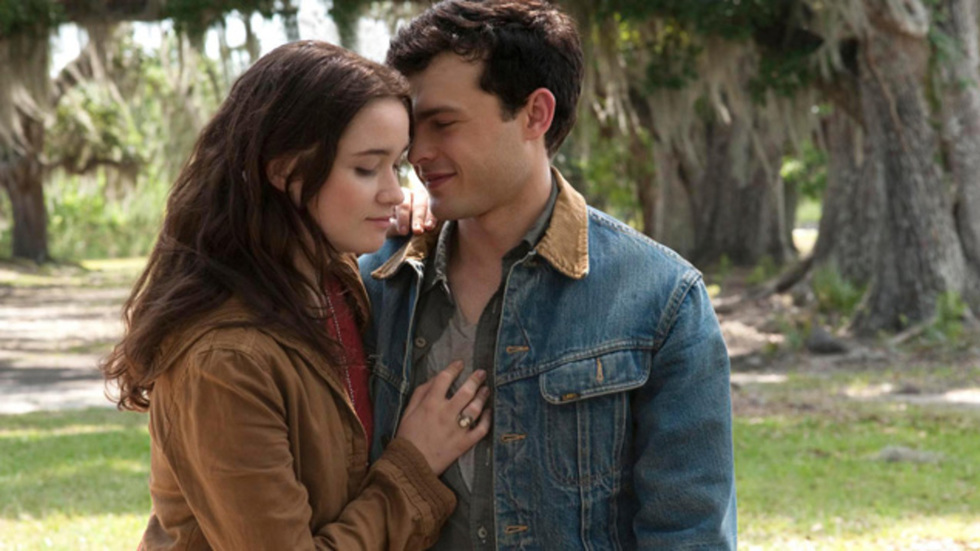 Honorable Mention: Despite the fact that Shane Carruth's Upstream Color is by no means a traditional romance, the central pair of Kris (Amy Seimetz) and Jeff (Carruth himself) have become one of the most indelible screen pairs of the year anyway. Just from the way they wind through the confusion and haze of the plot, side by side, weary but clearly with strong feelings for each other.

#5. Grace and Mason, Short Term 12: One of the biggest virtues of the delicately fantastic Short Term 12 is the fact that it gets to be about many things at once. On one level, it's about Grace learning to deal with her own past, but it's also about Mason -- coming from his own past and his own experiences -- figuring out how to be there for Grace without falling into any number of pitfalls. The chemistry between Brie Larson and John Gallagher is gorgeous, and they're perhaps the easiest couple to root for all year.

#4. Ethan and Lena, Beautiful Creatures: While I continue to defend this giant box-office flop, I will often bypass its other virtues -- the colorful sense of fun; the neo-gothic brilliance of Emmy Rossum, Jeremy Irons, and Emma Thompson -- and go straight for what in many YA adaptations becomes the achilles heel. But the central romance of Ethan and Lena is one of the strongest elements of the film, with Alden Ehrenreich and Alice Englert giving charismatic, relatable, idiosyncratic performances of two incredibly likeable teens.

#3. Kuba and Michal, Floating Skyscrapers: The year's best gay romance came in this 2013 Tribeca Film Festival entry from Poland. The relative lack of angst in Kuba and Michal when they're together serves as a stark, sad contrast to the obstacles they face to keep from being apart, and the sexy, sympathetic performances by Mateusz Banasiuk and Bartosz Gelner only enhance the emotions in play.

#2. Sutter and Aimee, The Spectacular Now: There's something about the nature of these characters -- Sutter (Miles Teller) is a cocky loudmouth, beloved by everybody who matters; Aimee (Shailene Woodley) is a mousy wallflower who of course falls eagerly for him -- that made me incredibly resistant to their pairing. But somewhere between the performances of Teller and Woodley and the way the film decides to deal with the very traits I was resisting in the both of them, I was completely won over.

#1. Jesse and Celine, Before Midnight: They kind of get an advantage due to the fact that Ethan Hawke, Julie Delpy, and director Richard Linklater have been forming, shaping, conversing with, and dreaming about these characters for eighteen years and three films. But the bottom line is that the complexity of time only enhances the hard-won romance between them.