Vine is the new videosharing app that has everyone in the Twittersphere abuzz. We recognize 10 artists that are pushing this new art form’s self-imposed creative limitations. 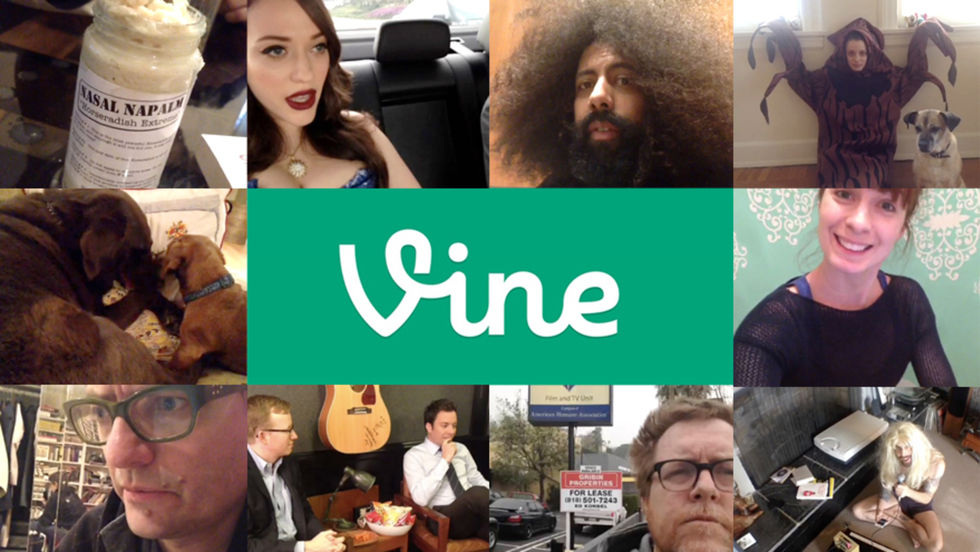 Since the debut of Vine less than three weeks ago, the free app has inspired Twitter users from all walks of life to create and share their own video content in stop motion despite the inherent limitations of an app that produces video clips that last no longer than 6 seconds and loop endlessly. Even though the app is still working out some bugs, this new social medium is already changing the way we share our stories within our personal networks and beyond.

Will Vine change the way filmmakers and artists think about visuals and storytelling efficiency? To begin to answer that question, we have selected 10 artists—writers, actors, filmmakers and the like—who are experimenting with Vine in new and creative ways. Let their stellar work serve as inspiration for emerging Vine filmmakers or for anyone looking to experiment with ways to share content.

This actor/writer/comedian has long been one of Twitter’s most unique voices, so it is only natural that he would gravitate to Vine. His videos showcase his obsessions with the strange, the absurd, Homeland and more. Steve Agee’s Vine account is also one of the most celebrity-filled including appearances by the likes of Ellen Page. He recently started a new Vine series called “Hollywood & Vine,” which consists of six-second interviews with famous friends like Gillian Jacobs and Derek Waters.

Felicia Day is a true goddess among the geeks. Actress/writer/internet media mogul, Day is partly responsible for Geek & Sundry, the popular internet community that spawned the massively popular YouTube channel of the same name. While she is just beginning to explore this new medium, Day is an effervescent bundle of creative energy, already using her Vine videos to report on her own private dance party and capture a mesmerizing floating shark balloon that hovers above the patrons at her local coffee joint. Keep your eye on this self-proclaimed “new media geek.”

One of Hollywood’s brashest and funniest actress, Kat Dennings is a perfect person to note the boundaries of Vine and then ignore them. Outspoken and hilariously twisted, Dennings has used Vine to visually vent her frustrations with the show Smash (yes, maybe you DID underestimate the singing prowess of Katherine McPhee, new cast members) and to create a stop-motion animation Vine to herald her entry into the new platform. Though she’s busy filming Two Broke Girls, Dennings is sure to take the time to share more Vine videos. Hey, she made one with her boyfriend on their way to the Grammys.

NBC host and Grammy winner Jimmy Fallon knows his audience. Late Night with Jimmy Fallon is not your typical late night show (celebrities guests regularly play beer pong and trivia games with Fallon), so it’s only natural that Fallon would not have a typical Twitter account. His is filled with funny insights and behind the scenes quips. No surprise then that he was one of the first people to jump on the Vine. While he has only produced a few videos (including one in which he just giggles spontaneously), we can’t wait to see more from him. Can Questlove please make a cameo?

Though we’ve already profiled him, Adam Goldberg deserves another mention. His weird and wonderfully wacky Vine videos show the wonderful innovations that this free app makes possible. Goldberg, by far, has produced the most Vine videos of anyone on the list and it is fascinating to note that each one is fresh and distinct even with Goldberg’s recurring character of Merritt, his girlfriend’s best friend, who may or may not be a hallucination (or perhaps maybe even a demon?). As Goldberg continues to experiment with filters, sound, narrative and characters, we will be glued to his feed.

This Community star is no stranger to the absurd so it’s seems right that Gillian Jacobs would take so quickly to Vine. Perhaps inspired by her friend Steve Agee, Jacobs has recently produced several Vine videos that prove her to be an exciting new voice in the medium. From telling stories with her collection of cutesy figurines to promoting the return of her television show to re-cutting news stories into six second spots (like the rivalry between the Harbaugh brothers at the Super Bowl), Jacob uses her quick wit and creativity to make the most of Vine.

Since first coming into the mainstream with his role in Cloverfield, actor/comedian T.J Miller has quickly emerged as one of twitter’s most interesting voices. From his quirky observations on everything from pop culture to what he had for dinner, Miller has flourished on Vine. Miller documents everything from destroying oversize champagne flutes to dealing with a malfunctioning paper towel dispenser to joining a group of friends eating “nasal napalm” in a series of Vine videos. You never know what you are going to get with Miller whose Vine videos supply an endless stream of wonderful oddities.

While the filmmaker has only begun to experiment with Vine, Kevin Smith is well known for using social media to connect with his massively loyal (and ever-growing) fan base. Given his online media empire, Smith very naturally is gravitating towards Vine these days. The director himself recently documented a Fall Out Boy concert at the Roxy using the free app and captured a clip from an old Jay and Silent Bob Get Old on Vine to promote an upcoming show. Of course, Smith also made several Vine tributes to his beloved dogs. As Smith is always refreshingly candid and open with his fans, we can’t wait to see what he does with this latest social media platform.

Actor/writer James Urbaniak, best known for voicing the role of Dr. Venture on The Venture Brothers, is proving himself to be quite the budding auteur on Vine. His warped and twisted sense of humor thrives within the creative limitations of the free app. Spoofing MTV Cribs, Law & Order, Homeland, and even Ken Burns, Urbaniak produces hilariously clever six second Vines demonstrating that complete (and even complex) narratives are possible even with the obvious constrictions of the free app. Hopefully, we won’t have to wait long for Urbaniak’s next Vine creation.

One of New York’s most celebrated artists who combines comedy and music in a cornucopia of observational humor, Reggie Watts is a Vine natural. He produces Vine videos rapidly, exaggerating the stream of consciousness style that is ideal for an app that encourages innovativeness and experimentation. Watts does not allow himself to be shackled by Vine’s limitations. His videos range from shots of dinner parties to puppies to photo booth images of himself and Jack White. Watts’ Vine creations, like his well-known live performances, are effortlessly fascinating.