Ever since July 4th weekend became a major movie tentpole, which films have been the best blockbusters? We asked a panel of experts to help us determine the best July 4th openings in the 18 years they've been a thing. 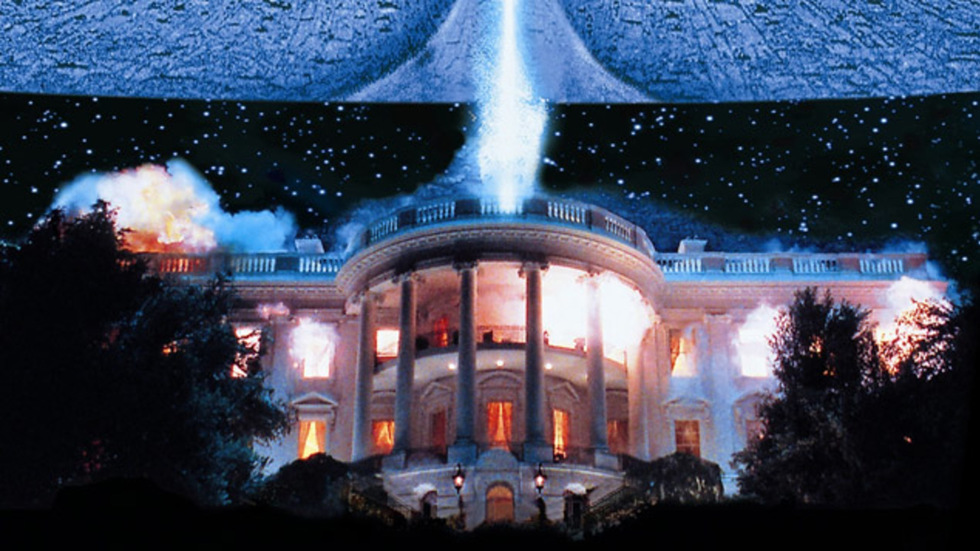 To compile this very scientific ranking of the 17 films that have opened on July 4th weekend since 1996 (when Independence Day made the holiday the movie-going event that it is), we've assembled an all-star team of movie experts from around the internet. Our panelists submitted their ranked lists, and the results have been tallied to arrive at these ultimate rankings. Your panelists: from CinemaBlend, Katey Rich; from Huffington Post, Christopher Rosen; from The AV Club, Todd VanDerWerff; from BuzzFeed, Adam B. Vary; from Vulture, Lindsey Weber; and from right here at Tribeca, Lindsay Robertson, Karen Kemmerle, and yours truly.

#17: Cats & Dogs (2001) : The least July-4th-seeming of the bunch, Cats & Dogs managed to capitalize on the softer-than-expected opening of A.I. Artificial Intelligence the weekend before to snatch the crown. Unfortunately, it did not prove to be the more memorable film in the long run.

"Don't laugh. There are some inventive and funny moments in this movie, and even when there aren't, there are lots of cats and dogs, and who doesn't like that?" -- Todd VanDerWerff

#16: Wild Wild West (1999) : Will Smith was opening his third July 4th movie in four years, and the hot streak he began with Independence Day and Men in Black couldn't last forever. Wild Wild West was blasted by critics, though it did provide Smith the title song for the soundtrack, which is not only an enduring highlight in every Dru Hill retrospective, but also an integral accompaniment to any self-respecting western-themed gay bar.

"Hey, we all have our guilty pleasures, and Wild Wild West just happens to be mine. Kevin Kline, giant mechanical robot spiders, Kenneth Branagh’s weird facial hair, and a shirtless scene for Big Willie? What’s not to like?" -- Karen Kemmerle

#15: Hancock (2008) : Will Smith again, gambling with a superhero tale that played around with the genre perhaps a bit too much for mainstream adoration. Worth it for a super-fun performance by Charlize Theron, at any rate.

#14: Transformers: Revenge of the Fallen (2009) : The second of the three Transformers to grace July 4th weekend, this was the most critically dismissed of the trilogy.

#13: Transformers (2007) : Michael Bay returned to July 4th almost a decade after Armageddon sealed his reputation as a master of the big, dumb, loud summer blockbuster.

"When Shia LaBeouf was the baby Tom Hanks and Seth Cohen never had. Again, Bay just does this really well. The first Transformers is a lot of fun." -- Christopher Rosen

"And to think I thought this might be the new Independence Day before seeing it!" -- Todd VanDerWerff

"I didn't like this, but I still liked it more than any Transformers movie I've ever seen." -- Todd VanDerWerff

"I didn't know better to not be excited for this, and it was a really, really sad night at the movies with me and my high school friends." -- Katey Rich

"Ugh. I hated the sequel to Men in Black so much that I honestly don’t remember much about it except Will Smith’s summer anthem 'Nod Your Head' and Johnny Knoxville’s multi-headed villain. Maybe I’m better off. No, I’m absolutely better off." -- Karen Kemmerle

#10: Terminator 3: Rise of the Machines (2003): There's actually a lot to like in T3's commitment to big, smashy setpieces, though the Terminator fandom tended to bristle against Kristiana Loken as the newest Terminator model. That said, any film that pays off three films' worth of threats toward global thermonuclear destruction deserves points for balls.

#9: Transformers: Dark of the Moon (2011): The third Transformers film appeared to have finally worn down some of the critics of Michael Bay's sense-numbing style.

#8: The Amazing Spider-Man (2012) : The franchise re-boot was somewhat lost in the summer of The Avengers, but at the very least, it boasted a strong and chemistry-fueled lead pairing of Andrew Garfield and Emma Stone in the lead roles.

#7: Superman Returns (2006): WIth all the Man of Steel talk this summer, there's been something of a rebound of contrarian esteem for this, the most scorned of superhero franchise reboots. Poor Brandon Routh never had a chance.

"It's become the usual for people to write this movie off, but it's one of my favorites. Hauntingly romantic and unexpected in all the right ways, this is more a religious tone poem than a superhero movie... which may be why so many people hate it. Oh well. I love it." -- Todd VanDerWerff

"Thanks to whoever thought of pairing Will Smith and Tommy Lee Jones together in a movie. Watching this oddly dynamic pair wisecrack, shoot and dodge their way through the worst scum of the universe. Oh yeah, and they save the world." -- Karen Kemmerle

" I remember enjoying this, but mostly, I just remember my friend Zeb cracking up at the phrase 'intergalactic kegger.'" -- Todd VanDerWerff

"A perfect Hollywood sci-fi comedy (whatever that means)." -- Adam B. Vary

#5: The Perfect Storm (2000): The battle for July 4th supremacy in the summer of 2000 pitted The Perfect Storm against The Patriot. George Clooney, Mark Wahlberg, and one giant-ass wave against Mel Gibson and all the patriotic fervor the nation could muster. It's hard to believe, but back then, Gibson was the more proven comodity. That would change as Clooney and the wave toppled all those muskets.

"Placed in a list like this, I'm curious how this true-life tragic tale had the audacity to come out on our country's birthday. " -- Lindsey Weber

#4: War of the Worlds (2005): The ramp-up for Spielberg's quickly-produced summer extravaganza was pretty well swallowed by the celebrity Cirque du Soleil put on by Tom Cruise and Katie Holmes in the summer of 2005. The film's reception was probably tainted by everybody's Cruise fatigue, but in the years since, the film has become a cause celebre among critics looking to champion a Spielberg movie that one could straight-facedly claim was overlooked.

"I just rewatched this a few months ago and was really surprised by it, far more than I was at the time. The darkness of it seems a lot bolder in retrospect, and it really does play with Tom Cruise's starpower better than nearly anything else he's done." -- Katey Rich

"There are parts of War of the Worlds that I think are up there with some of Spielberg's best moments. Then there's that part with Tim Robbins and the ending." -- Christopher Rosen

#3: Armageddon (1998): Giant space rock hurtling towards Earth. Humanity threatened. Ragtag group of blue-collar tax-haters tasked with saving the planet. Space Madness. Animal-cracker seductions. A tiny dog somehow walking away from a street-corner meteor strike unscathed. When I say Armageddon has something for everyone (plus the biggest hit song of Aerosmith's career), I mean it.

"Perfection that somehow grows better the older I get." -- Katey Rich

"This is still probably the best of the purely 'fun' superhero movies. There's very little brooding or glowering, and it earns its highly emotional final half-hour. Too bad the sequel's awfulness took this one down a peg." -- Todd VanDerWerff

#1: Independence Day (1996): Well, we wouldn't have the list without it. It set the precedent for July 4th movies and really for all disaster movies that would follow it. Bill Pullman saved the entire world, you guys. BILL PULLMAN. The promise of Spaceballs fulfilled!

"Welcome to Earth! As Captain Hiller in ID4, Smith’s easy charm, devil-may-care attitude and love of the stripper with a heart of gold (Vivica A. Fox, come back to us please!) won the hearts of movie lovers everywhere. Independence Day is the first movie in Smith’s domination of July 4th weekend and his best." -- Karen Kemmerle

"I'm a little surprised I have Independence Day up this high — the visual effects don't really hold up; it's corny as hell — but it's just so damn satisfying." -- Adam B. Vary

"How can anything beat Independence Day as an Independence Day movie? It's in the title, Bill Pullman is the perfect president, and we're still worried about aliens. The relevance lives on. " -- Lindsey Weber

"Perfection that I'm kind of afraid to revisit for fear of nostalgia clouding my judgment." -- Katey Rich

"I saw Independence Day five times in the theater, a fact I constantly mentioned to everyone I knew at the time because I thought it said so much about the movie that I, at the height of my indie film snobbery, would even see it once let alone five times. The reason I kept going back was the thrill of being part of an audience all experiencing the same emotions at the same time - and cheering, yelling, clapping, jumping up, whooping at the end together. I'm actually getting goosebumps just thinking about it. Independence Day was less like a movie and more like a sports event, and in this time of (totally justified) frustration with the behavior of other movie theater patrons, it's easy to forget that one reason we go to the movies is to see them with other people. I don't see that changing any time soon. " -- Lindsay Robertson