Updated: The Best Movies of 2013 Already Available on DVD

The best thing about fantastic movies released in the first three quarters of the year is that some of them are already available to watch on DVD. Here are your best bets for 2013 so far. 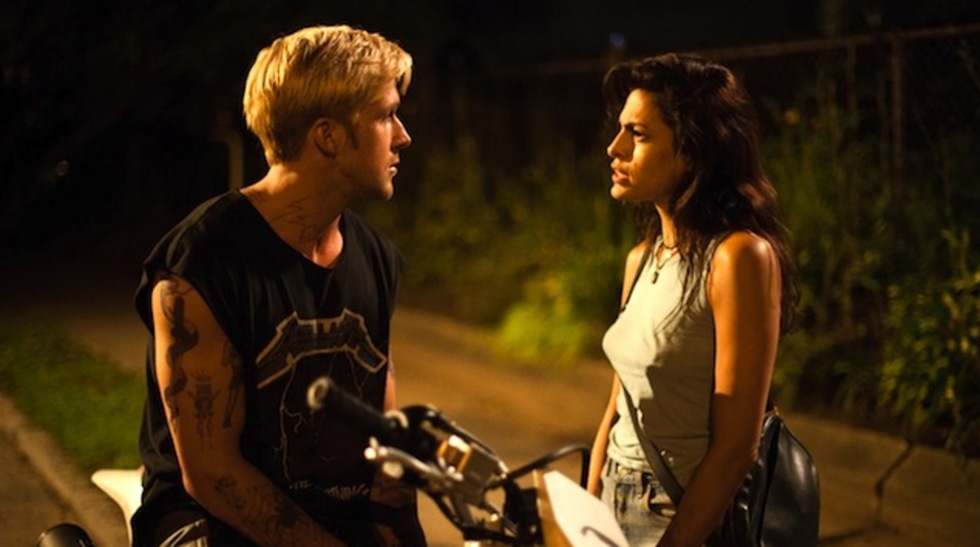 The East: Writer/director Zal Batmanglij and writer/star Brit Marling re-teamed a year after Sound of My Voice for another triumph in atmosphere and tension. Marling plays an FBI agent infiltrating an eco-terrorist organization run by Alexander Skarsgard and Ellen Page. The rare thriller that builds from the characters and not the plot.

Upstream Color: Shane Carruth's long-awaited follow-up to 2005's mind-bender Primer might be even less inclined to explain itself to its audiece. But it's also a richly moody story about a man and a woman and the strange, almost unexplainable connection they share.

Side Effects: Steven Soderbergh's final (or so he says) theatrical feature is a sexy, misdirectional thriller in the vein of '80s hits like Fatal Attraction. Of course, it's Soderbergh, so the thriller has equal parts atmosphere and an expertly chosen cast, including Oscar nominees/winners Rooney Mara, Jude Law, and Catherine Zeta-Jones, as well as Channing Tatum, making his third (and final, again, if we are to take the director at his word) Soderbergh film.

World War Z: In a summer when so many blockbusters seemed to disappoint, Brad Pitt's not-at-all superpowered heroics in this latest zombie thriller stood out for its taut action scenes and a corker of a third act (featuring future Doctor Who star Peter Capaldi!)

Stoker: The English-language debut from Korean mastermind Park Chan-Wook is an absolute freakout of defied expectations, protagonists who aren't to be trusted, shocking violence, and threatening moods. You'll love it!

The Great Gatsby: Baz Luhrmann's adaptation of the classic of American literature was certainly controversial for its excesses, but hey, so was Jay Gatsby. Check out how Leonardo DiCaprio's titular performance plays in your living room, crank that soundtrack so your neighbors can hear it, just generally wild out, West Egg-style.

No: Chile's nomination in the Best Foreign Language Film competition at last year's Oscars was a politically thoughtful and a thrilling take on the intersection of art, marketing, and revolution, all under the banner of 1980s Chilean politics. Gael Garcia Bernal gives a heroic performance, and director Pablo Larrain's period-appropriate visuals bring a dose of playful aesthetics to the film.

The Place Beyond the Pines: Director Derek Cianfrance and star Ryan Gosling team up again after Blue Valentine, this time eschewing fraught romance for father-to-son legacies across multiple families on both sides of the cops-and-criminals divide. Besides just Gosling, Cianfrance gets great performances out of his huge, sprawling cast, from Bradley Cooper to Dane DeHaan to Ben Mendelsohn to Eva Mendes to Ray Liotta.

Spring Breakers: The blizzard of internet chatter surrounding Harmony Korine's Millennial-baiting carnival of boobs, booze, guns, and James Franco's ridiculous cornrows was ultimately justified (if any internet chatter that cacophonous can possibly be justified) with a film that took dreaminess to new extremes and gave Britney Spears at least one more moment in the cultural zeitgeist.

The Bling Ring: Sofia Coppola's latest is another chapter in her career focus on meandering youth is one of the most deceptively fascinating movies of the year. This is another one with a dynamite soundrack, too.

Mud: Jeff Nichols made a splash with the Michael Shannon schizophrenia vehicle Take Shelter, and this year he returned with a coming-of-age tale about two boys who come across a boat in a tree. The film is given a considerable jolt by Matthew McConaughey, who continues his hot streak with an intriguing loner character in what has turned out to be one of the best reviewed films of the entire year.