Introducing the Tribeca Vine Report: The 9 Best Vines of the Week

Can't keep up with the rapidly-exploding Vine craze? Now that the app is available on nearly every smartphone, we'll be your one-stop shop for each week's 6-second masterpieces, be they from newcomers on the scene or established Vine geniuses. 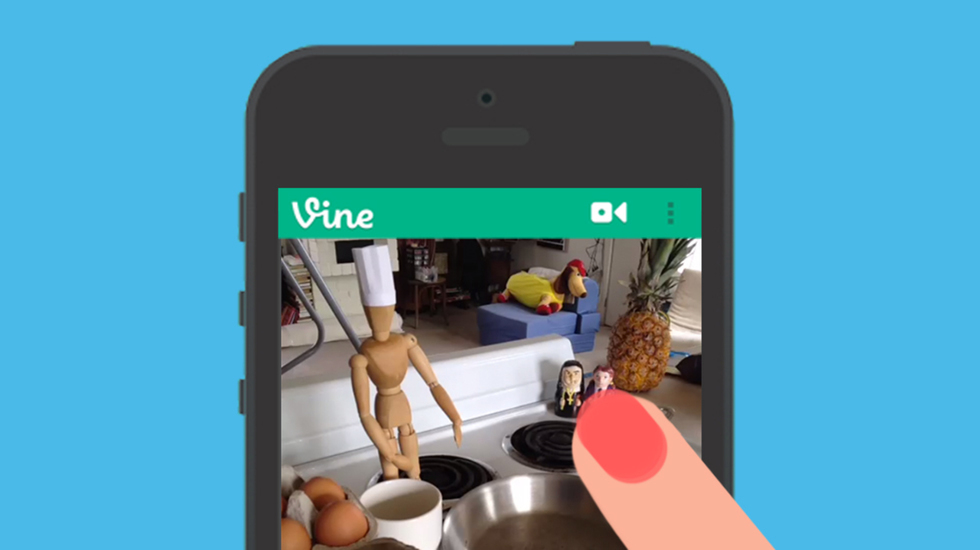 This was a big week for Vine: not only did they make their app available on Android, but Vine teamed up with (RED) to try and set a World Record for the most Vines in a day for a cause. They succeeded. Other great 6 second loops this week included clever stop motion, optical illusions, and harmonizing clips coming together to form an unusual 6-second musical experience. Here are our Top 5, some celebrity (of the Hollywood variety) Vines, and finally, the Most Popular Vine of the Week. (If you like a Viner, follow them!)

The Top 5 of the Week, in Our Opinion:

Jumping into the world behind a tree! #Vienna by SebLefebvre

How to make scrambled eggs for your wife, by Ian Padgham

This guy is a ray of sunshine in all his Vines, but this one just can't be beat:

Working on this new @TaylorSwift13 joint, by CASH L3WIS

I'm actually curious now to see the final product. Also, nice use of Vine for a counter-intuitive purpose (you know, SOUND):

For a silly video, this actually clearly took some work (like organizing a line of cars to honk at you!):

The Week in Celebrity Vines

The (RED) world record campaign brought out the celebrity Viners this week. Here are a few:

An interesting and artistic take on (RED), seemingly filmed on set somewhere:

Dita pans over one of her ruby-red ensembles in support of the movement:

In this promotional Vine for the Tonys (sure to become a regular thing for award shows - next stop, Emmys) host NPH talks about his dinosaur tie. No more needs to be said:

This guy, a distinguished runner-up in our Vine Competition, just doesn't come out with a bad Vine :

Come back next week for another roundup, and don't forget to follow these folks!

Get Inspired By the Runners Up of Our Vine Competition, With Jury Notes