Home » Tribeca News » DEMOCRATS, One of the 2015 Tribeca Film Festival's Most Acclaimed Documentaries, Arrives in Theaters
View All News

DEMOCRATS, One of the 2015 Tribeca Film Festival's Most Acclaimed Documentaries, Arrives in Theaters 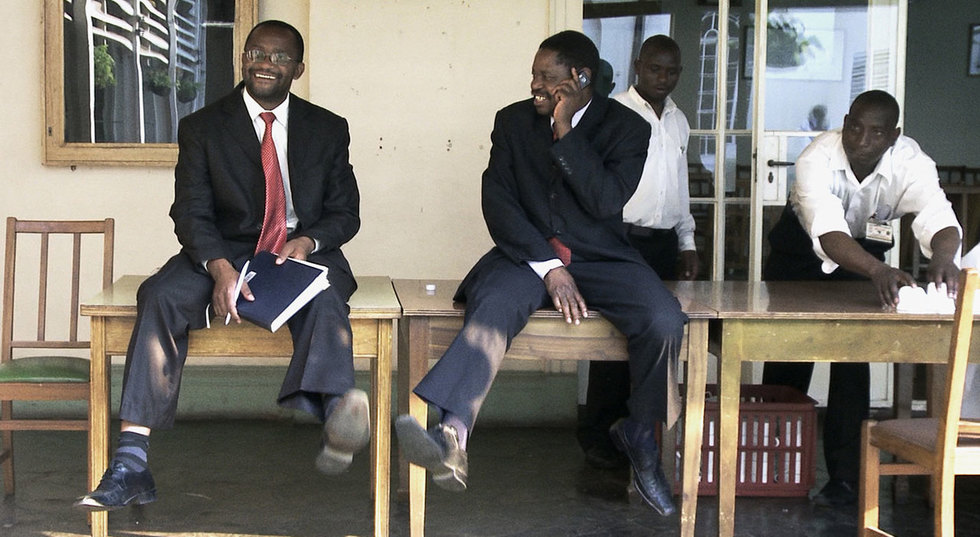 Democrats nabbed Tribeca's Best Documentary Feature award, one of a slew of prizes that this terrific, timely, and transitional political study has picked up while making the international festival rounds.


Set in the wake of Robert Mugabe's contentious 2008 presidential win, Nielsson sets her sights on the fraught but fertile efforts to convene a bipartisan constitutional committee in Zimbabwe so as to steer the country away from its corrupt authoritarian leadership. What emerges is a real and fascinating triumph of immersive documentary filmmaking, shot over the course of more than three years.

But Democrats is also one of the most entertainingly unlikely buddy comedies you're likely to see in 2015, as Paul Mangwana and Douglas Mwonzora, two members of rival political parties placed in charge of the drafting committee, overcome their initial differences and casually begin to befriend one another while attempting to spread democracy throughout Zimbabwe. As all this transpire, Nielsson captures such delicious moments of winsome hilarity that would be ripe for satire or send-up if they weren't already so inextricably rooted in the real world.

In all honesty, Democrats surpasses plenty of much more ostensible political comedies — including a hacky, recent Best Picture winner — for sheer, minute-to-minute comedy and clever ensemble deployment, while nonetheless maintaining the up-close urgency, hard-won insights, and commonsensical seriousness of the national condition at stake. I'm sure that at least one deep-pocketed studio exec in Hollywood will possibly flirt with the idea of remaking this — and likely with an audience-friendly white lead at its center — but, please, refuse the unnecessary temptation! This sterling documentary already works plenty well on its own and it deserves to be seen by any audiences who like their political movies served wryly, rivetingly, and unforgettably.

Democrats will play a limited two-week run at Film Forum before expanding into select theaters across the country.

Watch the trailer below: