Learn how you can host an early screening of JR's formidable new film for you and your community. 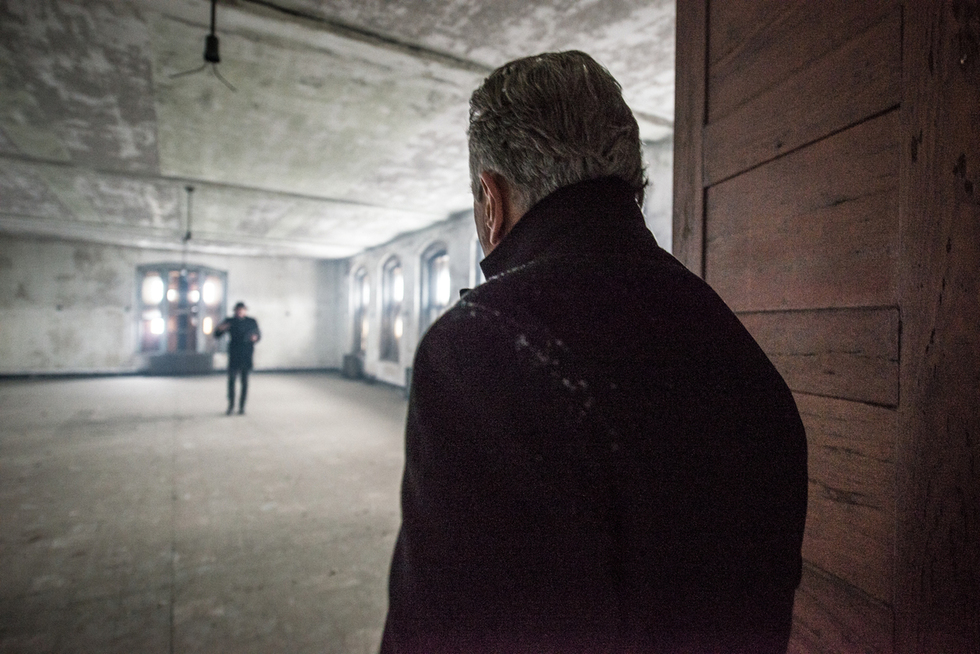 Enticed by that striking first trailer for JR's new short film Ellis and dying to see the film in full? Good news! You might be able to see it sooner than you think.

JR and the filmmakers behind Ellis are looking for people to organize free "creative" screenings of the upcoming short film, in which Robert De Niro stars as an immigrant whose pursuit of a new life expires at Ellis Island in a story penned by Academy Award-winning screenwriter Eric Roth that was shot on location in and around Ellis Island, in conjunction with JR's beautifully site-specific exhibition, The Ghost of Ellis Island.

In the true spirit of Ellis, this screening series, which will take place during the weeks of November 9th and November 16th, allows people all over the country to share this terrific and timely work of art with their wider community.

According to a statement from the film's official website:

"We’re looking for people to organize screening installations of Ellis. We encourage creativity in implementation of these events — from using movies theaters and community centers, to projecting the film on relevant buildings, mirroring JR’s own work. The film is free to use and all approved hosts will receive an original, limited edition key designed by JR that 'unlocks' access to the film.

All we ask is that your event is open to the public, creatively implemented, and provides an opportunity for conversation on immigration today."

Those with an interest in screening Ellis can submit a proposal to create their own screenings here.