Home » Tribeca News » Moving Into The Future of Film: Thoughts on 2015
View All News

Moving Into The Future of Film: Thoughts on 2015

Some changes in the industry that are poised to further disrupt the system in 2015. 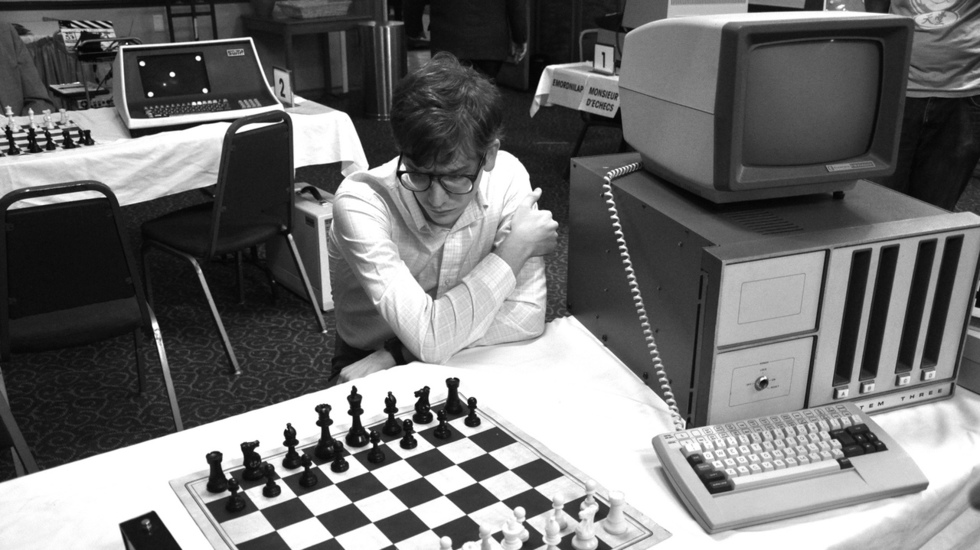 As 2014 wraps itself up, the film industry finds itself, as much as at any point in its history - and perhaps more so than ever before - grappling with technological disruptions and innovations whose long-term effects on the filmmaking system are not entirely known. Cinema has long been an industry fueled by advances in entertainment technology, and it has imagined its own dissolution many times before - with the advent of TV, the advent of home video, and, more recently, the rise in popularity of the internet, web video and video games. Some modes of film distribution still seem guaranteed to bring in revenue: overwhelmingly, bid-budget tentpole films seem to be the way studios feel best situated to make money. Tiny independent films, made for micro-budgets, stand to lose little and function, more than anything else, as calling cards for the creatives involved, who hope to land jobs on bigger-budget productions as a result of their work (either that, or they are made by independently wealthy individuals who can afford to make films in a model in which their pay is extremely minimal, if existent at all). The middle of the film industry, however, is being squeezed tight, and the talented and established filmmakers who have worked in that middle for so long - David Lynch, Steven Soderbergh, the Duplass brothers, among many, many others - are finding themselves turning to TV to do work they enjoy. Where are things headed?

One thing that seems apparent is that TV is a model that will find itself increasingly replicating the manner in which independent film is structured now. Instead of making low-budget indie films, we may begin to see filmmakers making more and more indie pilots, which they'll then need to take to market; distributors always need gatekeepers to filter quality content for them, so these markets will probably arise in the guise of respectable TV festivals, which may mirror the big acquisitions-heavy film festivals that currently exist. There is a not unreasonable number of independent film distributors in the US, but the amount of networks that distribute series content is far greater, and increasing even more as new cable networks are created. Those filmmakers looking for a buyer's market may find that trying to sell an indie TV series is a more hospitable environment than trying to sell a feature film.

Content isn't necessarily "meant" to be viewed anywhere in particular.

Additionally, we're going to be seeing an increased blurring between the lines of TV content, web content, short form content and features. Vimeo's first web series High Maintenance is an excellent example - the series, which was made independently before it was picked up by Vimeo, is told in an anthology format, with each series being comprised of episodes that could function as stand-alone short films. Additionally, as web-to-TV boxes like Roku and Apple TV proliferate, we'll continue to see "Web series" like High Maintenance become viewable on your TV screen - the same place you watch TV shows, and - if you're a VOD fan - movies, many of which may be in theatrical release when you watch them at home. The manner in which content is stratified according to which device it is "meant" to be viewed on will fade away, as distributors will begin to understand further that, for contemporary viewers of media - especially younger generations - content isn't necessarily "meant" to be viewed anywhere in particular.

Where does that leave things for reaching an audience with your work? The more distribution channels are available, the more divided the audience becomes - always. Many sociologists and historians have had much to say about the manner in which the US's populace has become increasingly stratified and fragmented over the past 60 years, as our dominant media streams - originally just three major TV networks - have become increasingly dispersed, leading to today's media environment where there are thousands of content distributors on YouTube alone, never mind the rest of the internet or all of the cable channel options. A wider variety of distributors means that audiences are becoming increasingly "niche-ified": if you are a Midwestern drag racer who loves seafood and hates neoliberal market capitalism, there is probably a network somewhere geared specifically toward you. I jest, but the point remains - fitting content into a niche is more important than ever before. This is hopefully a positive development for indie filmmakers - edgy, challenging indie content typically has a tough time playing broadly (though there are a host of reasons related to this that are unrelated to the content itself, more connected to marketing than anything else), but if it is geared toward niches it may be able to make a steady return on investment. Since budgets for indies with niche appeal will necessarily be low, this means we may see more indie filmmakers (or web series helmers) taking control of their own destiny by self-distributing through the web. Services like Twitter and Facebook, which enable filmmakers to communicate directly with their fans, are tailor-made to help facilitate this kind of distribution.

Fitting content into a niche is more important than ever before.

Ironically, the push toward web and TV series means that, as the structure for making indie pilots becomes further solidified, the indie film game may get slightly - ever so slightly, but still, a tad - less competitive. Film festivals are at a point where they are absolutely deluged with submissions. If filmmakers begin rerouting their efforts toward TV, those are X amount of fewer filmmakers making indie films, which may clear up the current glut in the marketplace, with respect to both festivals and theatrical releases. Manohla Dargis, in an impassioned essay earlier this year, wrote about how it was frustrating to her that a great film like Computer Chess could receive rave reviews but still be criminally under-seen in theaters - no doubt, due to the fact that it opened the same day as a whopping 21 other films. The indie world is oversaturated with features right now, due to ever-dropping production costs and stagnant levels of distribution and movie theaters. Migration to web and TV content will be a strong corrective to this issue. The industry is undoubtedly in a state of flux, but as with all the prior disruptions to cinema, the current state of confusion seems likely to give way to a new model that facilitates the efficient production of new works.