Home » Tribeca News » The Oscars Might Not Recognize Ryan Coogler's Greatness, But Lin-Manuel Miranda Does
View All News

The Oscars Might Not Recognize Ryan Coogler's Greatness, But Lin-Manuel Miranda Does

Oscar voters may have ignored him, but the CREED director shouldn't be upset. He's too busy working with Marvel Studios and hanging out with HAMILTON's cast. 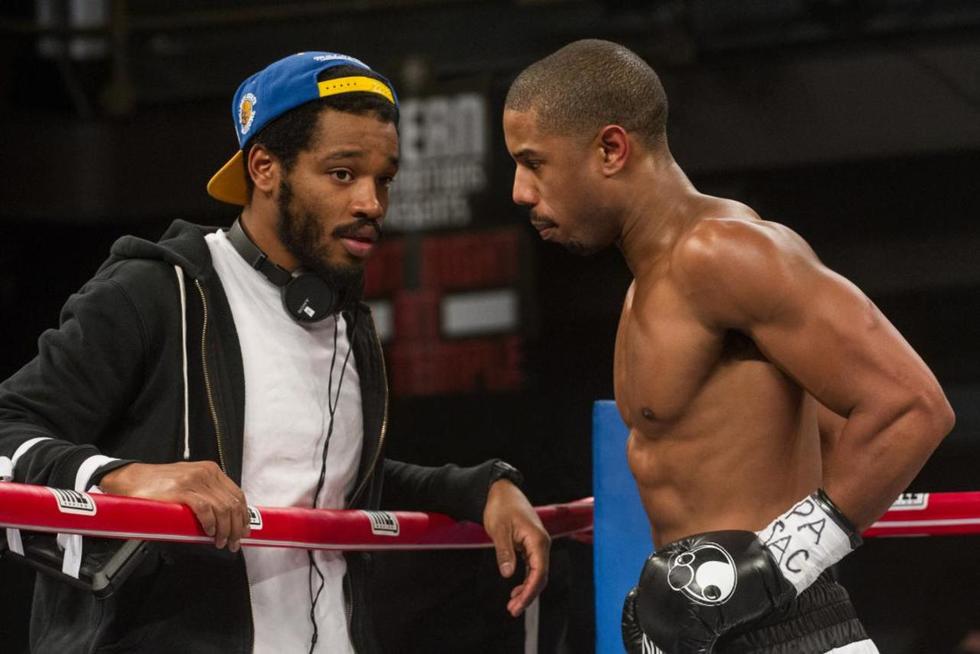 On a day like today, it's easy for open-minded movie lovers to start feeling cynical. And who could blame them? Once again, the Academy Awards are purely a white affair when it comes to acting nominations, and it’s especially frustrating in a year that saw exceptional performances from Idris Elba and young newcomer Abraham Attah in Beasts of No Nation, Michael B. Jordan and Tessa Thompson in the box office smash Creed, and fresh faces Corey Hawkins, O'Shea Jackson, Jr., and Jason Mitchell in the even bigger box office smash Straight Outta Compton. The latter two films come with additional downer facts, too: Creed and Straight Outta Compton, two of 2015's biggest and most critically acclaimed wide-release movies, were directed by black filmmakers, Ryan Coogler and F. Gary Gray, respectively. And neither one of them received any Oscar love.

Rest easy, though: Neither Coogler nor Gray have any reason to feel down about the Academy's maddening oversights. In Gray's case, he’s already prepping the next installment in the gargantuan Fast and Furious blockbuster franchise, Furious 8, which will surely make an insane amount of money and lead to even bigger directing assignments after that. Bank-breaking companies like DC and Disney undoubtedly have Gray in their sights.

The future looks just as bright, if not even more potential-laden, for Coogler, who's only 29 years old and, as hard as it is to believe, has only made two movies so far (2013’s Fruitvale Station and last year’s Creed). Thanks to Creed's monstrous success, the Oakland, Calif., native is arguably the hottest young director in Hollywood, and he isn't wasting any time in taking advantage of that heat. His next project is Marvel’s Black Panther, a surefire juggernaut that will also give young black comic book fans their first relatable superhero on the big screen—no small feat. Coogler doesn't plan on losing touch with his smaller-scaled, Fruitvale roots, either: He and his go-to leading man Michael B. Jordan are planning to eventually reconnect for Wrong Answer, a drama about an Atlanta schoolteacher caught in a scandal involving standardized tests.

And, if all of the necessary stars correctly align, Coogler may also tackle one of Broadway's biggest sensations in years. Last week, Coogler attended a performance of Hamilton, the history-meets-hip-hop musical created by Lin-Manuel Miranda. Unsurprisingly, Coogler loved it, and he spent time backstage with Miranda afterwards to express his admiration. The following day, the Creed filmmaker took part in a dinner for Oscar voters in New York City, where the inevitable question was proposed to him: Would he ever be interested in making a Hamilton movie? “I think anyone who ever picked up a camera would,” he joked. “That’s all people in California are talking about right now.”

Coogler also pointed out how Miranda’s play speaks directly to what’s happening in our culture today—particularly, Black Lives Matter. "I'm taking a new approach and a new passion to looking at history—specifically American history. So it was really amazing to see this play that takes two things—hip-hop and the American Revolution—that you would think wouldn't have anything to do with each other, but they actually fit each other like a glove. When you look at the idea of the underdog, the idea of people feeling like they are being overlooked, people who feel like they have something to prove. And the shortsightedness that revolutionaries could have at times. You know what I mean? They could be simultaneously longsighted and shortsighted."

Indeed, Ryan Coogler is going to be just fine—the AMPAS will, sooner or later, recognize game. When it comes to him, it's not #OscarsSoWhite as much as it’s #CooglerTooGoodForOscar.