With 'Only God Forgives,' Ryan Gosling is stepping into his favorite type of role: the silent, deadly, eerily self-confident anti-hero. It's a character type that fits in with a career full of smug men overdosing on self-satisfaction. We picked 12 of his most recognizable roles and ranked them accordingly. 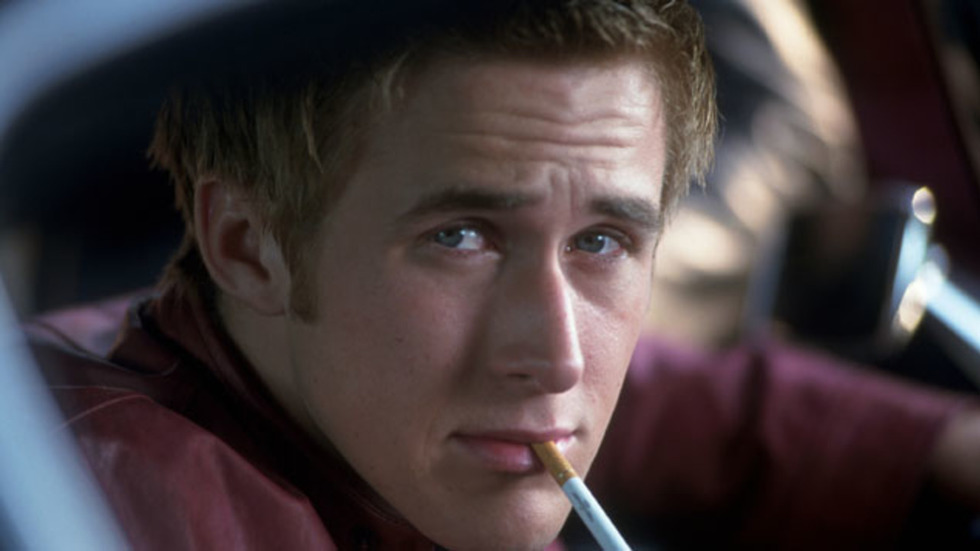 12. Half Nelson: There's not a ton of smug in Dan Dunne, although I suppose one could make an argument that being a crack addict while teaching junior-high students requires some degree of thinking you know better than a lot of other people. Mostly, Dan's just a good guy making some bad choices and trying to balance them out with good ones.

11. United States of Leland: At this stage in Gosling's career, his roles were characterized less by smug, macho tough guys as by strange, introverted loners. (See also: Stay.) Kind of a less-socially-functional Jake Gyllenhaal during his teenage-loner period. Anyway, poor Leland doesn't have it together enough to be smug.

10. The Ides of March: Stephen Myers starts out as an idealist, but steadily, he becomes more and more willing to bend his principles in order to get what he wants. The more jaded he becomes, the less confident he is in his values and his status as one of the good guys.

9. Lars and the Real Girl: At first glance, there doesn't seem to be any smugness in Lars at all. Just a sweet, (overly-)simple guy in love with a sex doll. But let's take a bit of a closer look? Doesn't Lars have to possess a bit of that smug, self-confident Gosling glint in his eye to think that he can get his loved ones to go along with his delusion?

8. Blue Valenine: There are kind of two Deans to look at in Blue Valentine. The flashbacks Dean, who romances Michelle Williams confidently with nothing but a ukelele and some charm. Then there's the balding, beaten down, emotionally abusive Dean, who doesn't seem to possess any of those characteristics anymore. Take the average and he's pretty far down the list.

7. The Notebook: Much like his character in Blue Valentine, Noah in The Notebook manifests his smug self-confidence through his iron-clad certainty that he can romance the leading actress in the film. In this case, it was Rachel McAdams, and it WORKED.

6. The Place Beyond the Pines: Like almost all of Gosling's post-2K10 roles, Luke is characterized by his toughness, his relative muteness, and the way he glares at people as if to let them know that he knows everything they're thinking and can outdo them at whatever they're about to attempt. One would think a petty bank-robber wouldn't feel so much better than everybody else, but when that bank-robber is also an expert stunt-bike rider, I guess he's earned his smugness.

5. The Believer: If there's anything more smugly, self-confident than a neo-Nazi, it's gotta be a neo-Nazi who is also Jewish. Right? You know SO much more than everybody else that you're going to betray your entire bloodline in order to take sides with angry young fascists?

4. Gangster Squad: As Sergeant Jerry Wooters, Gosling straddles the line between cop and criminal, but it's the way he romances Emma Stone (which ... keep on reading for more of that) that really lets his smug colors fly.

3. Drive: Everything about Nicolas Winding Refn's film is designed to make Gosling's "Driver" seem like the coolest creation in the entire universe. He barely talks. He doesn't have a name. He intuits bad guys in elevators and stomps their faces while lit in moody crimson tones. He's nice to children. In his early interactions with the criminals he drives for, he has very specific instructions for how they're going to pull it off. Because he knows everything, and as long as everybody does things his way, the job will go perfectly.

2. Murder By Numbers: The whole point of the Leopold-and-Loeb-esque killing spree of Gosling's Richard and Michael Pitt's Justin is that they think they can get away with it, because they're smarter than the police, the victims, just about everyone.

1. Crazy Stupid Love: Okay, this one is pretty much the quintissential Gosling role, right? Well, except that he doesn't beat anyone to death, fine. But everything that characterizes Gosling's laser-focused, self-confident, monstrously smug approach to interpersonal relations on film is reflected through the prism of his Crazy Stupid Love character. Whether he's talking Emma Stone into bed or Steve Carell into buying an expensive new suit, he's the world's foremost expert in his own pristine bullshit.