Home » Tribeca News » The 10 Best Vines of the Week: Sharks and 'Catfish'
View All News

The 10 Best Vines of the Week: Sharks and 'Catfish' 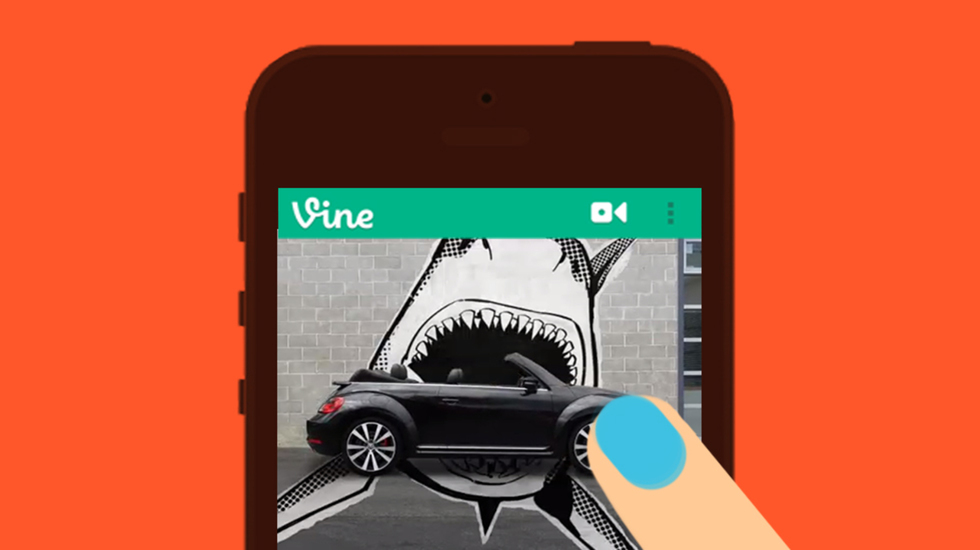 "[Vine] is already inspiring the sorts of creativity that we knew and hoped it would," said Twitter CEO Dick Costolo in a recent interview with CNBC, and he seems to be correct. The app was used by companies such as Tide and Volkswagen to create vibrant Shark Week ads, and GE will be hosting a #6SecondScienceFair from August 8-15, which is bound to be fascianting (click on the food coloring/milk/dish soap experiment and prepare to be amazed!)

And then we have celebs making surprising cameos on other users' Vines, which just goes to show that this trend is doing anything but dying down. Here are the most memorable of the week:

The Top 6 of the Week, In Our Opinion:

Go subaquatic with the Beetle convertible, by Volkswagen USA

Let's keep our fingers-crossed for a future of artistic, super-short, minimally-audible ads.

Vine is consuming my thoughts, by Marcus Johns

He either somehow got the pilot to actually say those words or he played a recording of himself sounding like a pilot on a crowded airplane. Either way, this is an admirable level of commitment.

How to play it off when you trip!, by DeStorm

99% of the population would not successfully pull this off, but nonetheless, it's fun to watch him do it!

In support of Ryan McHenry, I will not eat my cereal, by Meagan Cignoli

Last week, we mentioned a Vine crowdfunding event that will help Ryan McHenry finish his movie. To promote, Meagan Cignoli made this thoughtful and visually-stunning Vine.

House of Cards, by yelldesign

Beautiful and clever. Definitely worth cutting up an old deck of cards for.

The Week In Celebrity Vines:

Susan Sarandon has Twitter accounts for both her dogs, and she likes using Vine to capture them in their finest moments (which includes her talking in the fun voices every dog lover possesses.)

(No title), by Jim Guthrie

There's no description for this one, but all you need to know is that Jim Guthrie and Michael Cera jammed together at one point, and they were really, really good.

Doing the catfish, by Maxwell Burlingame

This guy gets a Vine A+ for 1.) referencing well-known Vine users and 2.) actually getting Nev Schulman and Max Joseph of the Catfish franchise in on it!

And The Most Popular Vine Of The Week Is...

Logan Paul frequently collaborates with Dwarf Mamba, but this is by far the most epic Vine they've done.

Julia Pugachevsky is Tribeca's Vine Correspondent (among other things). Check out her interviews with pro-Viners every Wednesday on TribecaFilm.com, and come back every Friday for another round up!