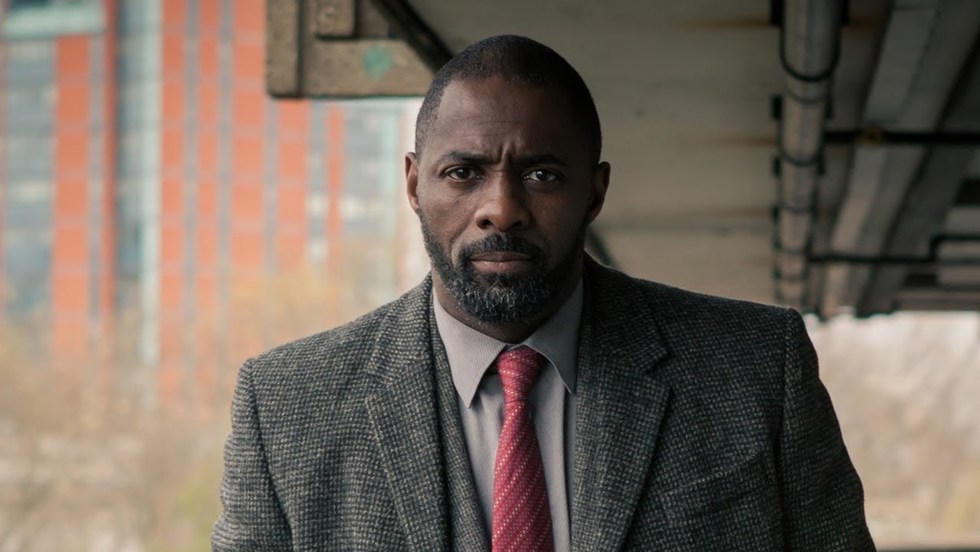 It's time to officially put those "Please cast Idris Elba as the next James Bond" tweets and pleas to rest—he’s found a much wilder leading-man hero role to fill, and you should start getting excited immediately.

After weeks of speculation, Elba has been confirmed as the headliner of the long-in-development, it's-finally-happening movie adaptation of Stephen King’s beloved The Dark Tower book series. Over the years, actors like Javier Bardem, Liam Neeson, and Russell Crowe have been rumored as the top choices to play antiheroic gunslinger Roland Deschain, and they probably would’ve been fine, but now that it's Elba's gig, it's hard to imagine a better choice. In King novels, Roland is a grizzled and no-bullshit-taking drifter/knight trying to save a world dystopian wasteland of a world by locating a mythical tower that bridges the gap between time and space—nope, The Dark Tower isn't your typical Stephen King genre story.

Described as a "shooters-and-sorcery tale," it’s closer to the sensibilities of Harry Potter and Lord of the Rings, and if the movie’s creative team—led by director Nikolaj Arcel (dir. A Royal Affair; co-writer, Sweden's The Girl with the Dragon Tattoo) and producers Ron Howard and Akiva Goldsman—can get it right, The Dark Tower could be just as huge as those franchises.

Adding to the grand potential here is who's playing the film’s villain, the enigmatic yet cold-blooded “Man in Black,” a fixture within Stephen King's fictional universe (he's also the baddie in The Stand): Matthew McConaughey. Anyone who’s ever read these books and knows about the Man in Black, and even more so The Stand's Randall Flagg, will enthusiastically tell you that McConaughey was born to play this guy. It’s the epitome of "perfect casting."

While also perfect, Elba as Roland isn’t the obvious choice, mainly because the character is a white guy; King used the young Clint Eastwood as an inspiration when he began writing The Dark Tower in 1977. So don't be surprised if this news motivates close-minded blowhards to complain not unlike when Michael B. Jordan was announced as "Johnny Blaze" in the most recent (and terrible) Fantastic Four movie. However, because he's the man, King won't give a damn. In an interview with Entertainment Weekly, King addressed the refreshingly color-blind casting: "For me the character is still the character. It's almost a Sergio Leone character, like 'the man with no name.' He can be white or black, it makes no difference to me. I think it opens all kind of exciting possibilities for the backstory."

Head over the EW for the full announcement story, including the creative team's thoughts on McConaughey and The Dark Tower franchise’s huge big-screen possibilities. And just in case you need a quick pick-me-up this morning, here's Elba, King, and McConaughey geeking out with each other on Twitter about this news:

It's official: The man in black fled across the desert and the gunslinger followed. #DarkTowerMovie @McConaughey @IdrisElba
— Stephen King (@StephenKing) March 1, 2016

.@idriselba come and get me, I look forward to it. #DarkTowerMovie https://t.co/4gxqm2GPo3
— Matthew McConaughey (@McConaughey) March 1, 2016