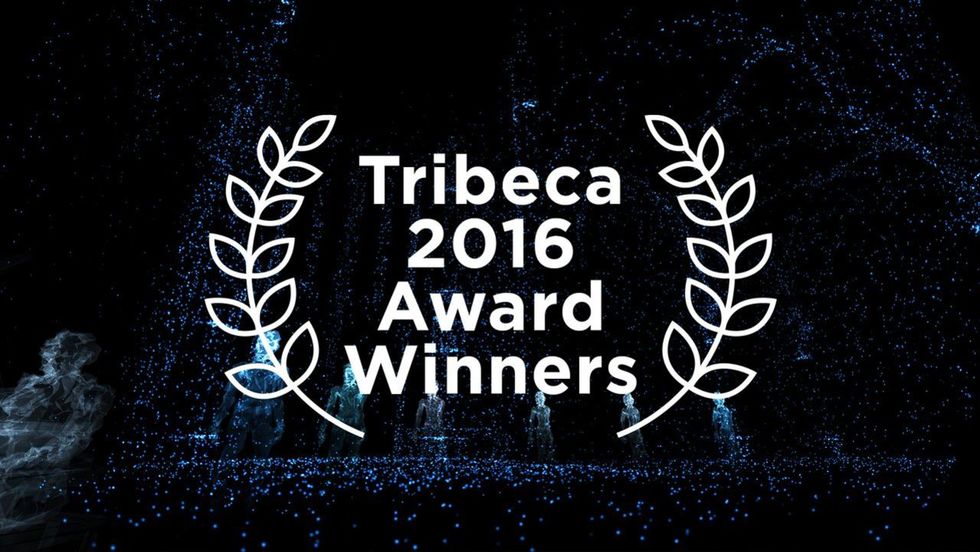 A still from NOTES ON BLINDNESS: INTO DARKNESS. Photo by Peter Middleton and James Spinney.

The 15th annual Tribeca Film Festival, co-founded by Robert De Niro, Jane Rosenthal, and Craig Hatkoff, and presented by AT&T, announced the winners of its competition categories at an awards ceremony on April 21, held at 42 W NY. Top awards went to Dean, Junction 48, and Do Not Resist. The Festival runs through April 24, 2016.

In addition, the Festival announced the recipients of the Storyscapes Award, for immersive storytelling, and the inaugural Tribeca X Award, a new juried award for branded storytelling recognizing the intersection of advertising and entertainment.

“We are proud to celebrate the winning filmmakers, artists, and creators from our fifteenth edition,” said Rosenthal. “Their stories have entertained, inspired, and challenged us to think about the world and we are grateful to them for sharing their work with us.”

Screenings of the award–winning films will take place throughout the final day of the Festival, Sunday, April 24, at various venues. Specific times and ticketing information are available here.

The winners of the Audience Awards, powered by Infor, which are determined by audience votes throughout the Festival, will be announced on April 23.

The winners, awards, and comments from the jury who selected the recipients are as follows:

• The Founders Award for Best Narrative Feature: Dean, written and directed by Demetri Martin. Winner receives $20,000, sponsored by AT&T, and the art award "Waking Up in the Painted World" by Stephen Hannock. The award was given by Robert De Niro and Jane Rosenthal, joined by Fiona Carter, SVP of Brand Marketing, Advertising, and Sponsorships, AT&T, and Jennifer Westfeldt.

Jury Comment: "We have had the great privilege of seeing ten accomplished and ambitious films over the last seven days here at Tribeca. But we all fell in love with this film. It manages the near impossible task of breathing new life into a well-worn genre, balancing humor and pathos with an incredibly deft touch, and offering a unique perspective on the way we process loss."

• Best Actor in a U.S. Narrative Feature Film: Dominic Rains in The Fixer. The award was given by Chris Nashawaty.

Jury Comment: "For his deeply emotional and empathic portrayal of a man who's a stranger in a strange land."

• Best Actress in a U.S. Narrative Feature Film: Mackenzie Davis in Always Shine. The award was given by Mya Taylor.

• Best Cinematography in a U.S. Narrative Feature Film: Michael Ragen for Kicks. Winner receives $50,000 in post-production services donated by Company 3. The award was given by Anne Carey, along with David Feldman, Company 3 Director of Feature Services.

Jury Comment: "At times lyrical and other times visceral, the seductive cinematography of this film lured us into the violent world of busted childhood."

• Best Screenplay in a U.S. Narrative Feature Film: Ingrid Jungermann for Women Who Kill. Winner receives $2,500 sponsored by Freixenet Cava. The award was given by James Le Gros, along with Tom Burnet, President, Freixenet America.

Jury Comment: "As Miles Davis said, 'The hardest thing is to be original.' This unique and deftly hilarious tale told in Brooklyn is from a fresh voice and a true original."

• Best International Narrative Feature: Junction 48, directed and produced by Udi Aloni. Winner receives $20,000, sponsored by Netflix, and the art award "Temple of the Moon" by Sara VanDerBeek. The award was given by Danny Glover. (Read our interview with Aloni and writer Moverman.)

Jury Comment: "This award goes to a phenomenal, stand-out, powerful, thoughtful movie. It offers a new perspective and insightful approach to a story about how to be different and live together."

Jury Comment: "Before we present the award to the Best World Narrative Feature, we would like to offer a special jury mention to a beautiful human story about the journey of self-determination for acceptance and love."

• Best Actor in an International Narrative Feature Film: Alan Sabbagh in The Tenth Man. The award was given by Jean Reno.

Jury Comment: "A performance of natural subtlety that reflected a community that is un known to most of us. An intriguing journey for connection in search for identity."

• Best Actress in an International Narrative Feature Film: Radhika Apte in "Clean Shaven," a part of Madly. The award was given by Jean Reno.

Jury Comment: "This award goes to an actress who has conveyed bravery and emotional depth in different relationships around her. A contemporary story that breaks through established culture."

• Best Cinematography in an International Narrative Feature Film: Kjell Vassdal for El Clásico. Winner receives $50,000 in post-production services donated by Company 3. The award was given by Sam Taylor-Johnson, along with David Feldman, Company 3 Director of Feature Services.

Jury Comment: "This award goes to an expansive, naturalistic photography in serving the narrative and the emotional journey of the characters."

Jury Comment: "This award goes to a well-crafted, entertaining scenario, with deep character development. It's an original story about private lives and hidden secrets."

The jurors for the 2016 World Documentary Competition, sponsored by Bira 91, were Laura Poitras, Douglas Tirola, and Roger Ross Williams. 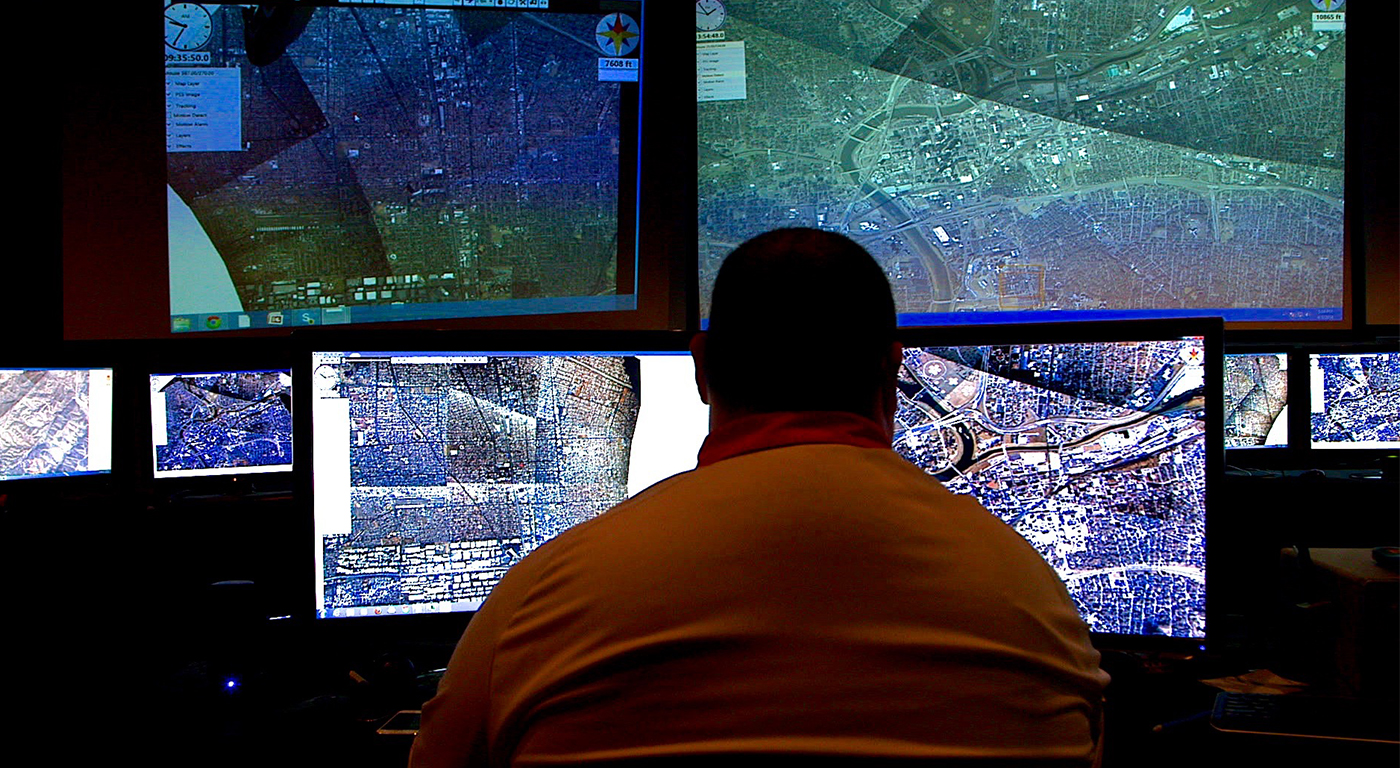 • Best Documentary Feature: Do Not Resist, directed by Craig Atkinson (USA). Winner receives $20,000, sponsored by Netflix, and the art award "Untitled" by Virginia Overton. The award was given by Roger Ross Williams.

Jury Comment: "This film that uses documentary to go deep into a world with a cinematic experience. We were excited by the directorial debut of a cinematographer who already has created a great body of work. Do Not Resist shines a light on the frightening story of the militarization of the police. In an impactful way the director uses his amazing access to look at power and force from the inside."

Jury Comment: "One film above all others demonstrated filmmakers completely in control of their craft. Through both the editing and cinematography this film takes the audience deep into a unique world and its characters with nuance, emotion and beauty while also showcasing performances in a spectacular and grand cinematic way."

• Best New Narrative Director: Priscilla Anany, director of Children of the Mountain (USA, Ghana). Winner receives $10,000 sponsored by HBO, and the art award "The Transit of Venus (Melanie)" by Keith Edmier. The award was given by the jury.

Jury Comment: "So many of the films we had the pleasure of viewing were expertly directed and worthy of recognition. The winning director presents a fearless and heart-wrenching tale of an embattled mother's high stakes journey to heal her sick child and ultimately herself. The film delicately and powerfully directs us through an emotionally resonant story that is dark for truthful reasons and simultaneously hopeful." 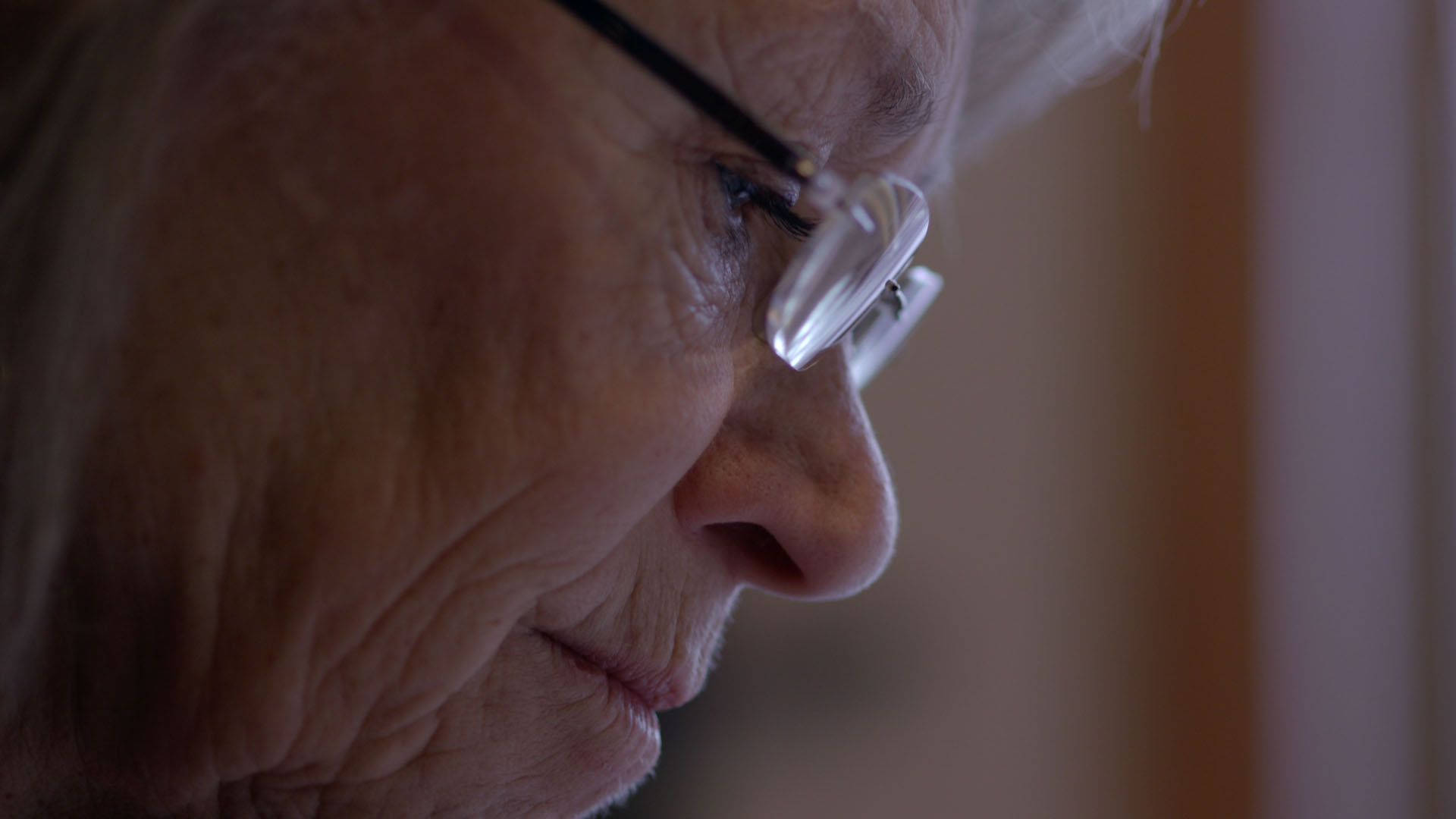 Jury Comment: "The film opens our eyes to the suffering of people on both sides of a controversial fence. Made with compassion for all of its subjects, the film is a fascinating look into how laws are created with the best of intentions, but enforced in problematic and sometimes destructive ways."

• Best Narrative Short: Hold On (Houvast), directed by Charlotte Scott-Wilson (Netherlands). Winner receives $5,000 sponsored by Netflix, and the art award "It's You and Me Kid" by Marc Hundley. The award was given by Mike Birbiglia.

Jury Comment: "The jury was moved by one particular film because it is simultaneously about the price of performance, and the entirely unique idea that the protagonist's musical performance itself succeeds on the back of her own self-doubt, torture, and anxiety. We were also blown away by the remarkable performance of the lead actress in both her emotional depth combined with her musical proficiency."

• Best Documentary Short: Extremis directed by Dan Krauss (USA). Winner receives $5,000 sponsored by AKA Hotel Residences, and the art award "Untitled (11/30/96)" by John Miller. The award was given by Maria Cuomo Cole along with Larry Korman, President, AKA Hotel Residences.

Jury Comment: "This film's cinematography is intimate yet unobtrusive; its point of view is empathetic and non-judgmental. And ultimately, it respects the conflicting perspectives at a morally wrenching crossroads."

Jury Comment: Northbound is "a film that transports the viewer into a meditative mindset. The playful poetry of the skaters in the film provides us with an artful and timeless experience. My fellow jurors and I applaud the filmmaker Jørn Nyseth Ranum and the cinematographer Lukasz Zamaro for making such a beautiful film."

Jury Comment: "For its naturalistic tone and compelling performances, this film impacted us in a real way."

The 2016 Storyscapes Award, presented by AT&T, which recognizes groundbreaking approaches in storytelling and technology, jurors were Jessica Brillhart, Jigar Mehta, and Saschka Unseld.

Jury Comment: "The most powerful stories allow us to see the world and its vast array of experiences through someone else's eyes. One project took us on that journey in a most unexpected way. Through its creative use of a medium and its meticulous and elegantly crafted audio landscape. Through its dedication to nuance and aesthetic. Through its care and compassion not only for the protagonist, but for those who take the journey with him. Because as the piece so eloquently ends: 'After all, being human is not seeing, it's loving.'"

The Nora Ephron Prize: Rachel Tunnard, director, writer, and editor of Adult Life Skills (UK). Winner receives $25,000, sponsored by Coach, and the art award "Untitled" by Laura Owens. The award was given by the jury, along with Margaret Coady, Executive Director of Corporate Social Responsibility and Coach Foundation at Coach, Inc.

Jury Comment: "We selected someone whose originality of voice, deft handling of tone, assured visual and editorial style, and moving poetic screenplay combined to make us feel from the opening sequence that we were in good hands. She made a tiny—even miniaturized—world, seem vast. She handled grief in a wholly unique way. Using wit and emotional restraint to pull the audience in. And make us root for our protagonist to blow up the shed!"

• Tribeca X Award: Hearing Colors created by Greg Brunkalla for Samsung. The award was given by Scott Carlson and Hank Willis Thomas, along with Andy Goldberg, Chief Creative Officer, GE.

Jury Comment: "We were drawn in by the story and the inventive way it was told; we loved what it taught us about ways to see the world. The piece communicated Samsung's brand values effortlessly without ever overtly talking about the brand itself. So we appreciated the approach and we appreciated that Samsung supported this film and all the creativity that made it possible. When the world is given entertaining stories and novel ways of telling these stories, there is no doubt they will be shared." 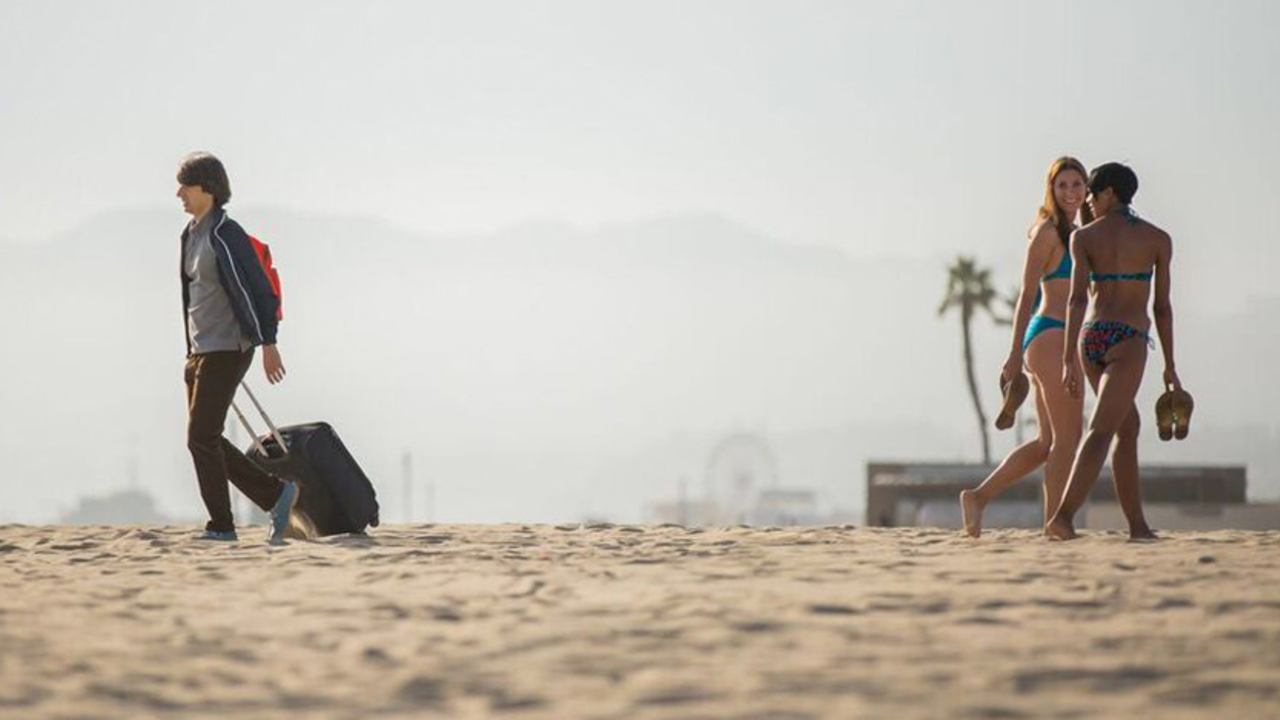 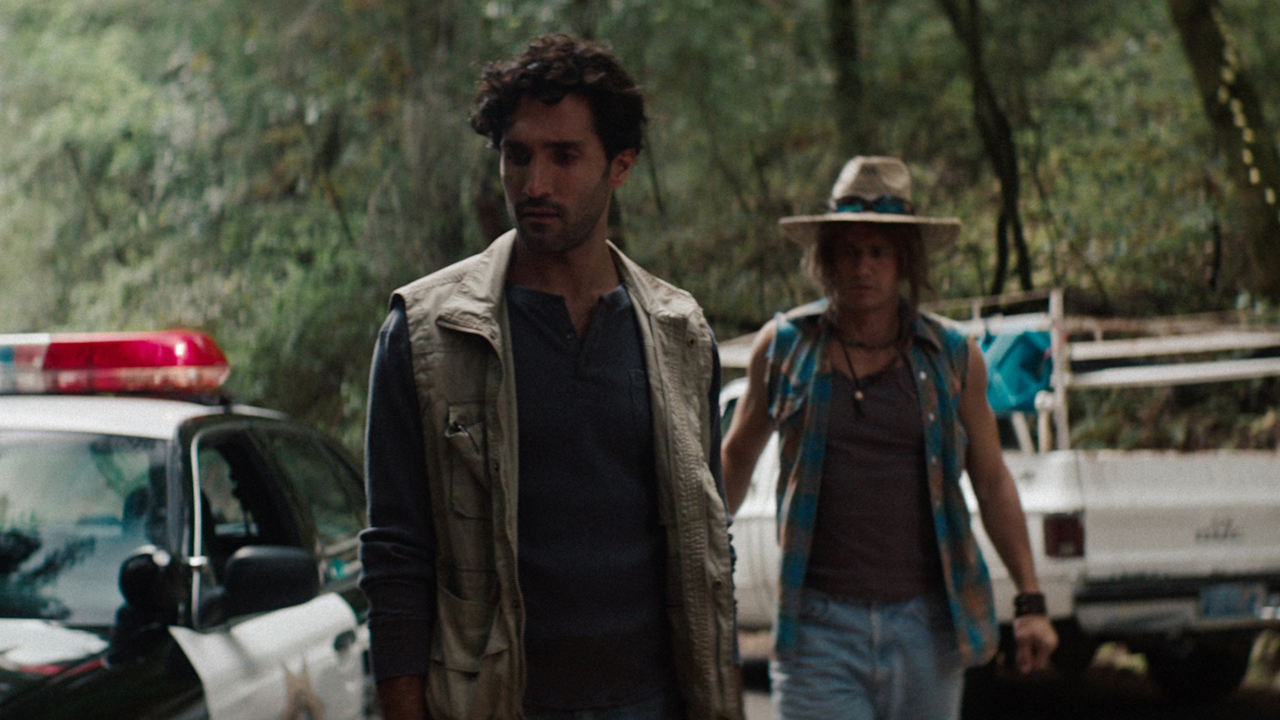 2 / 21
Dominic Rains in THE FIXER, Best Actor in a U.S. Narrative Feature Film. 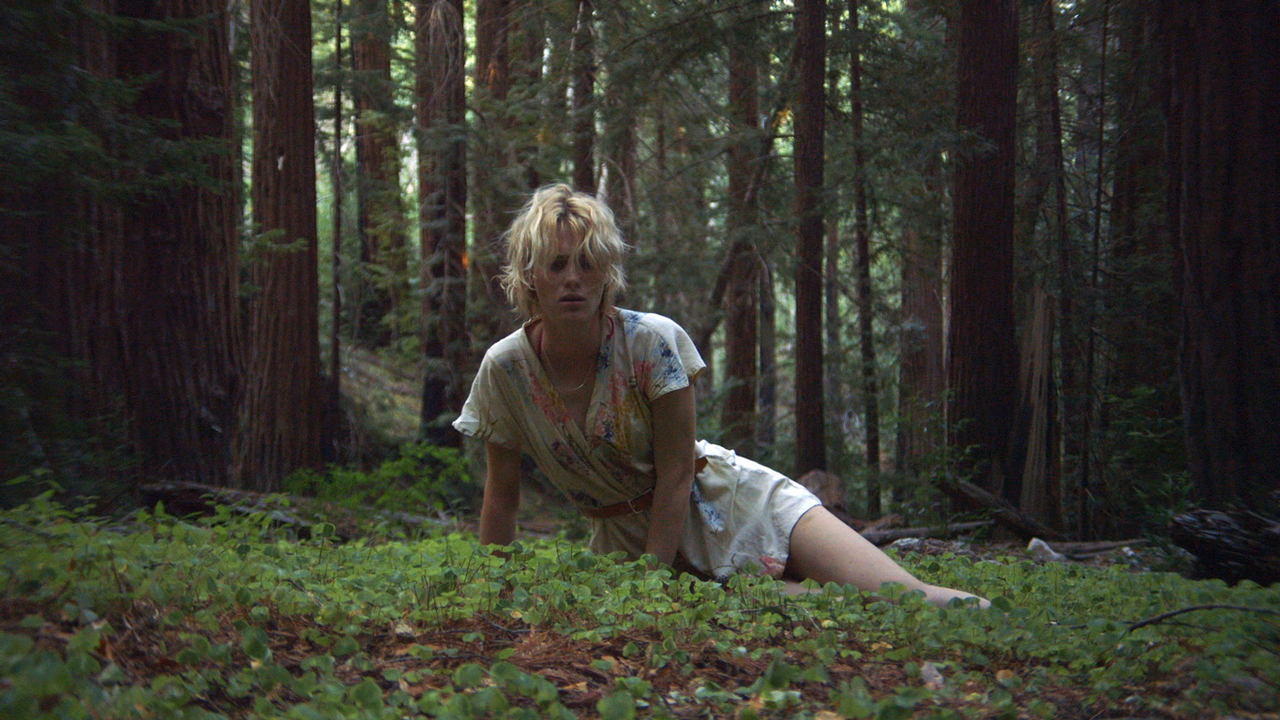 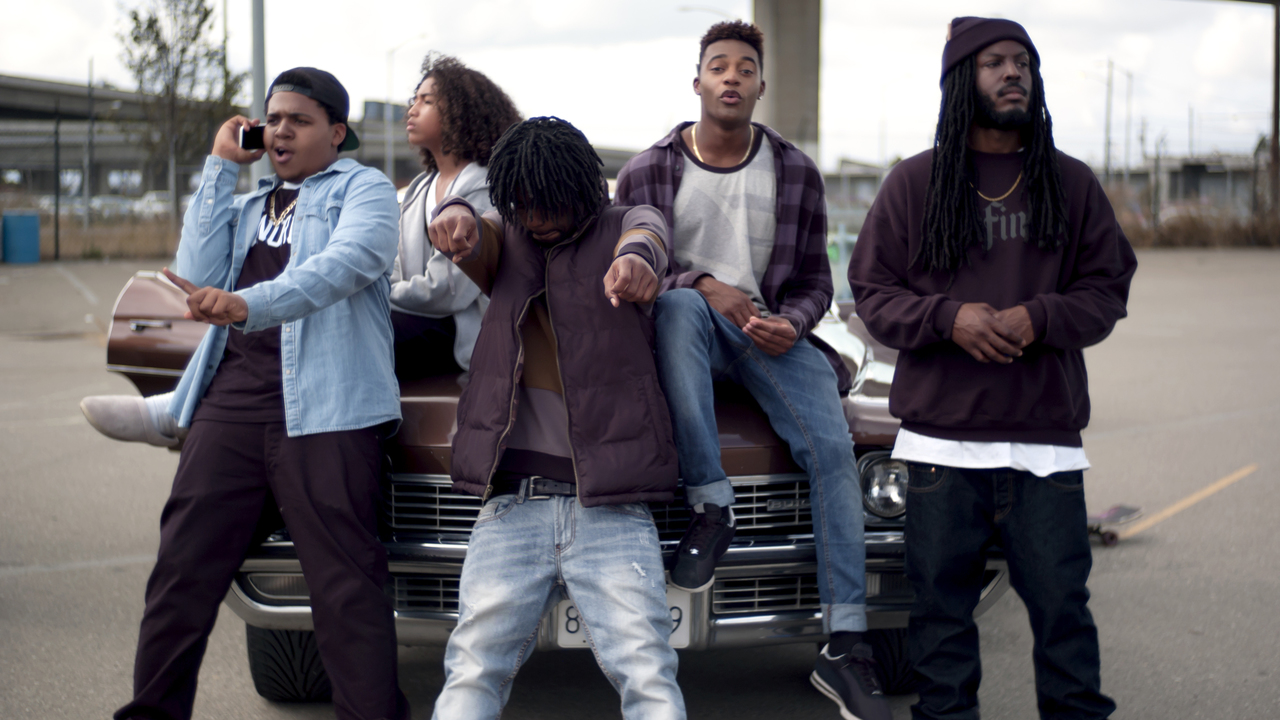 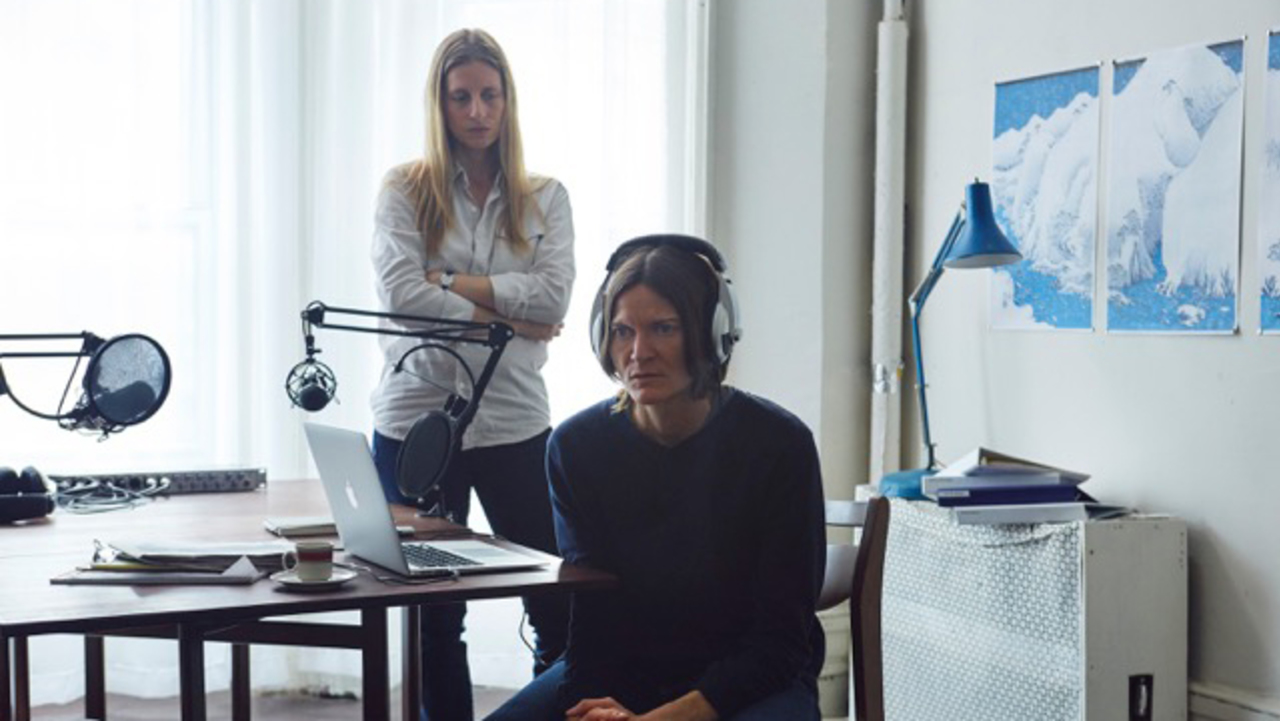 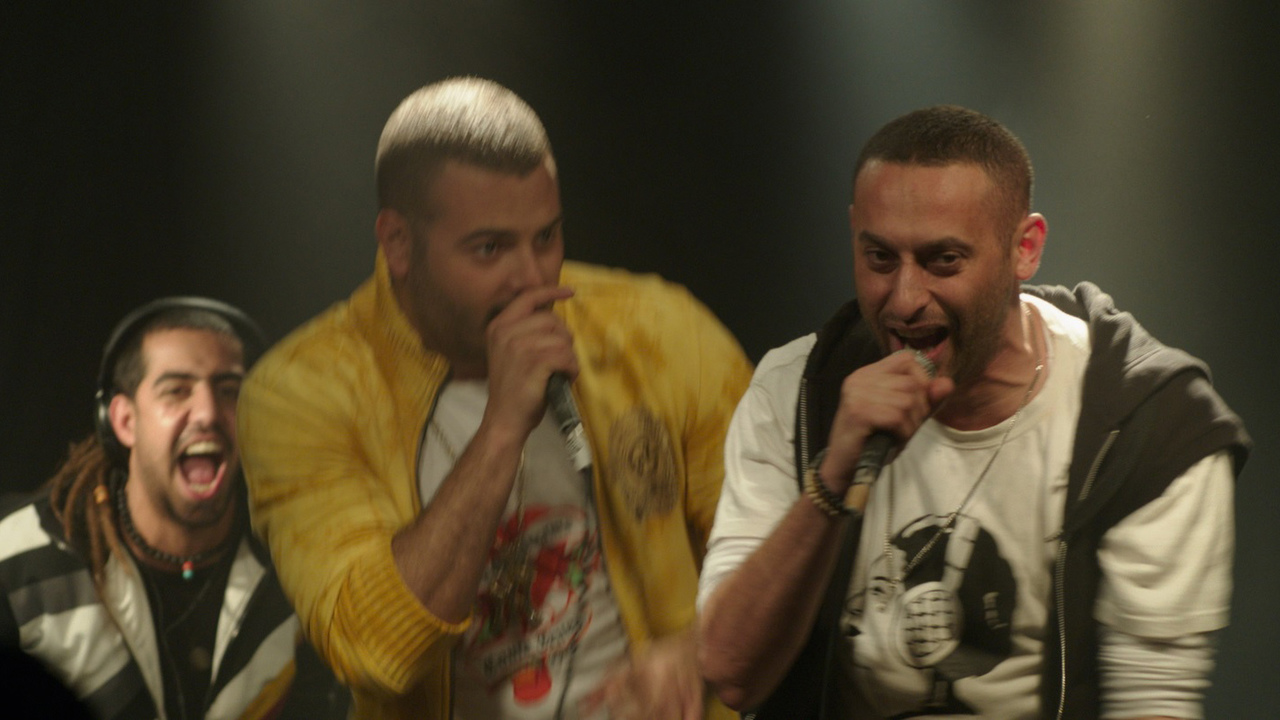 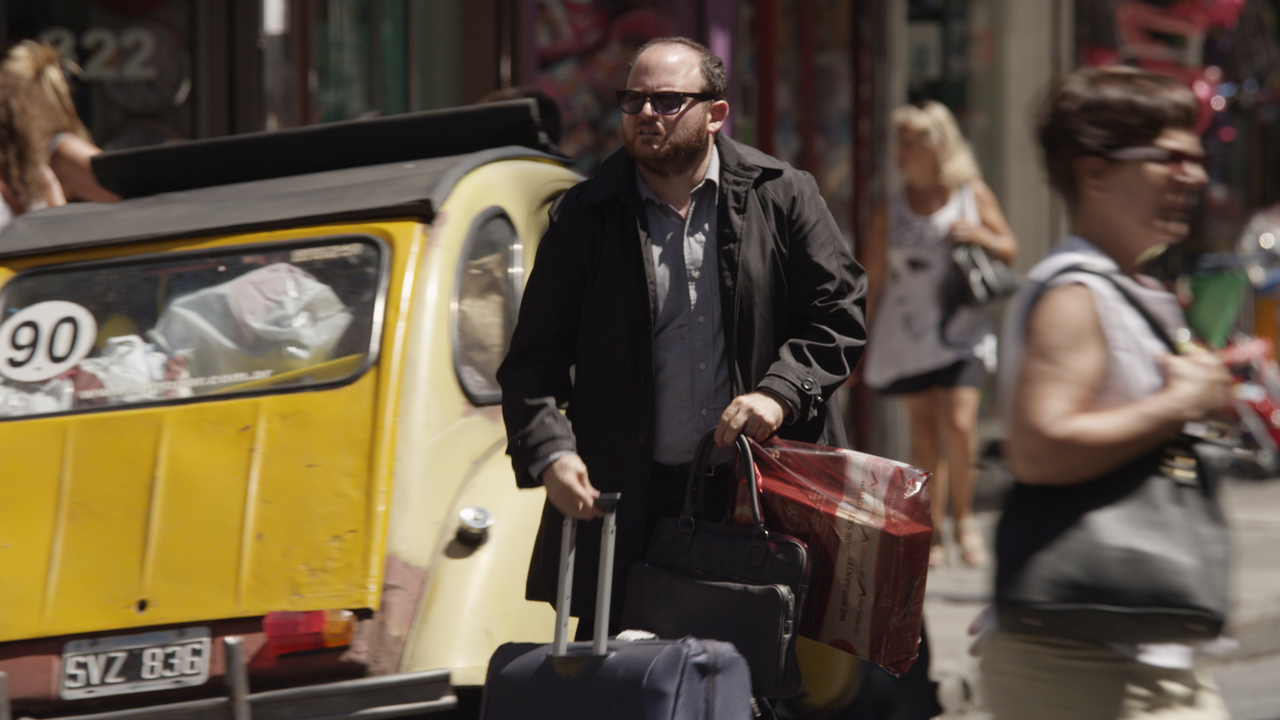 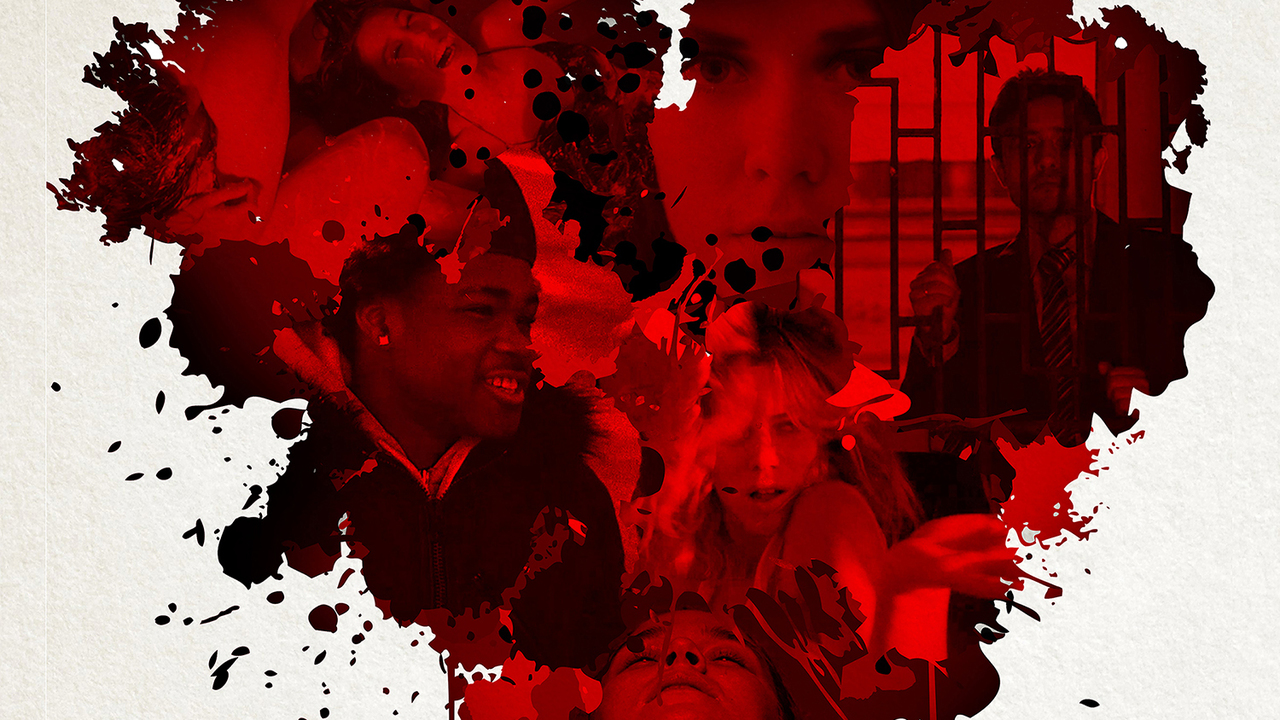 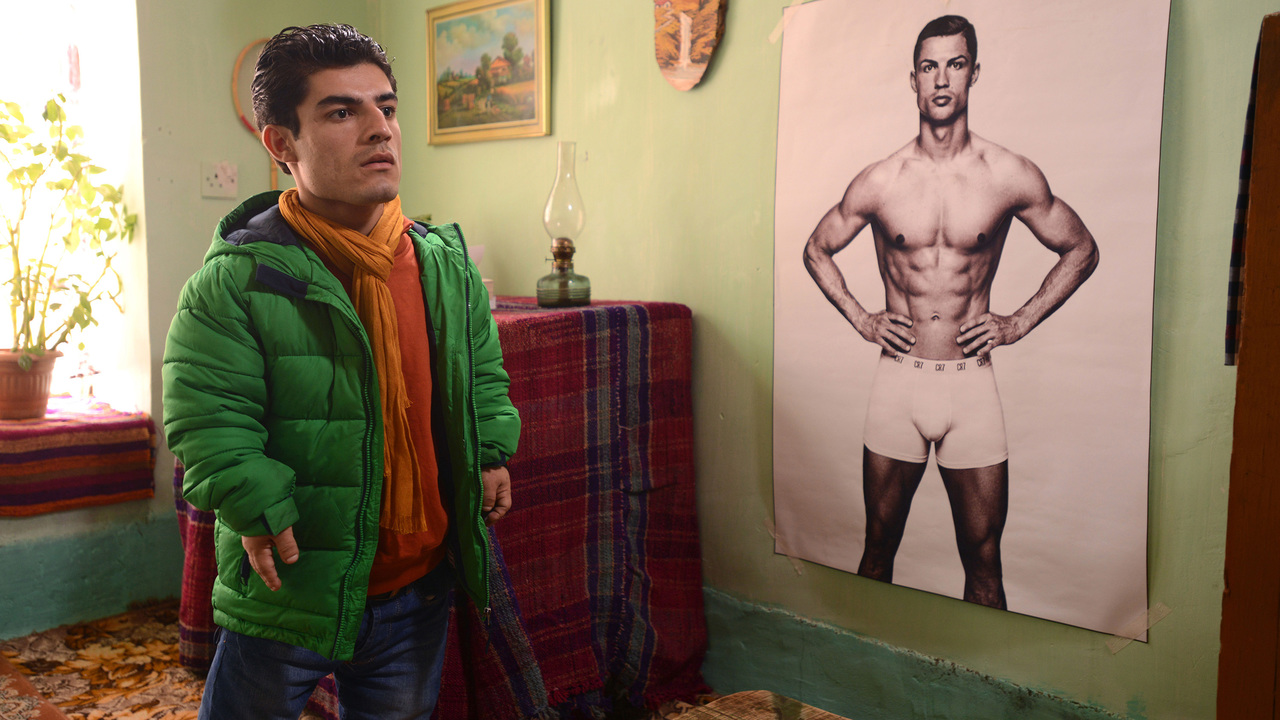 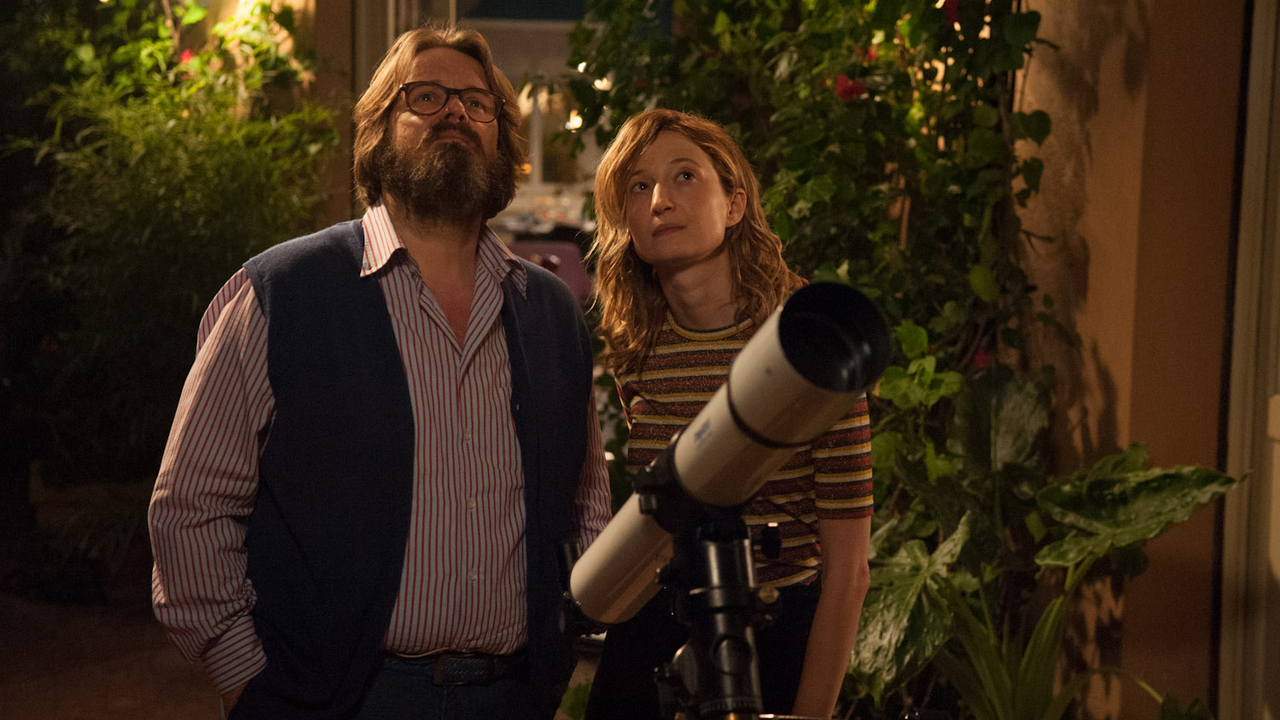 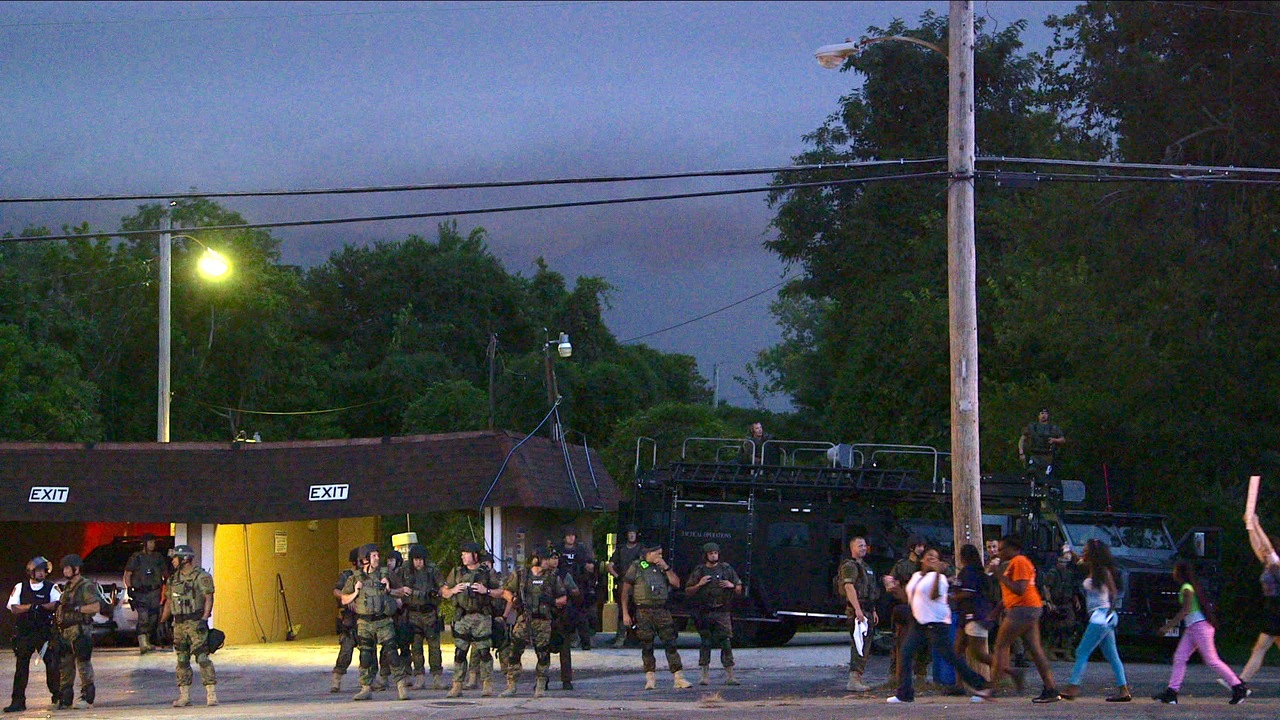 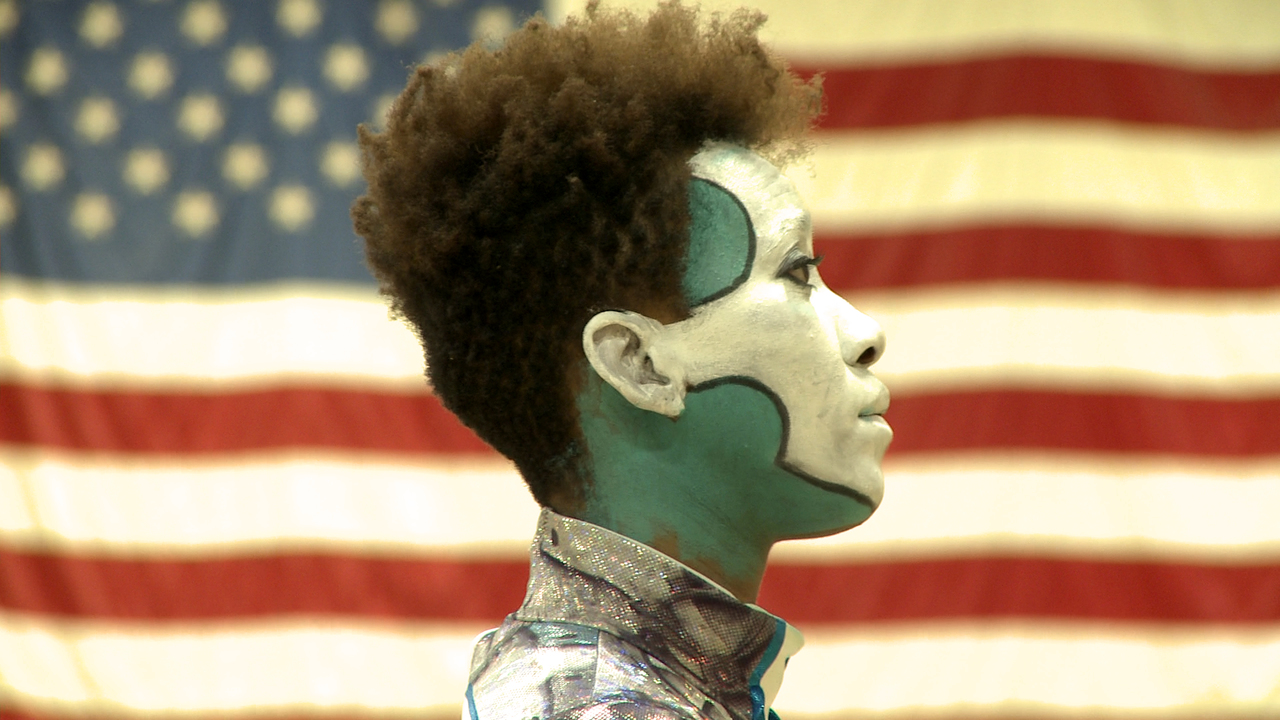 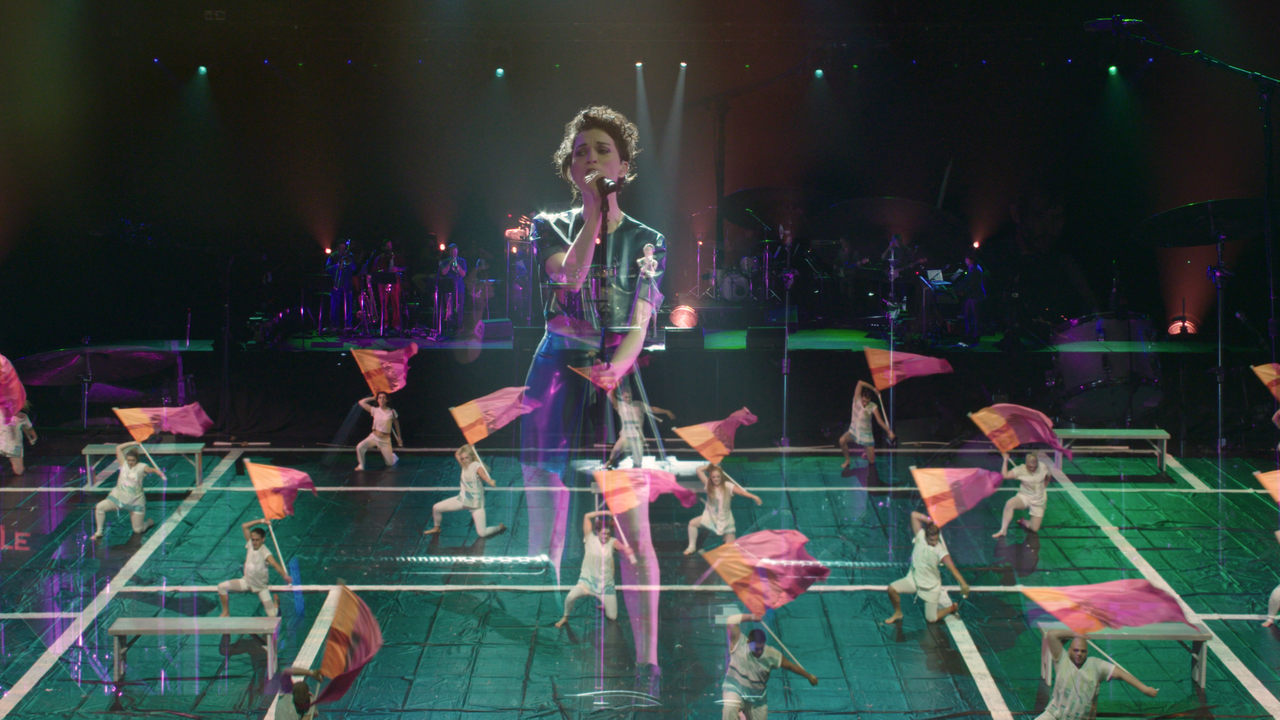 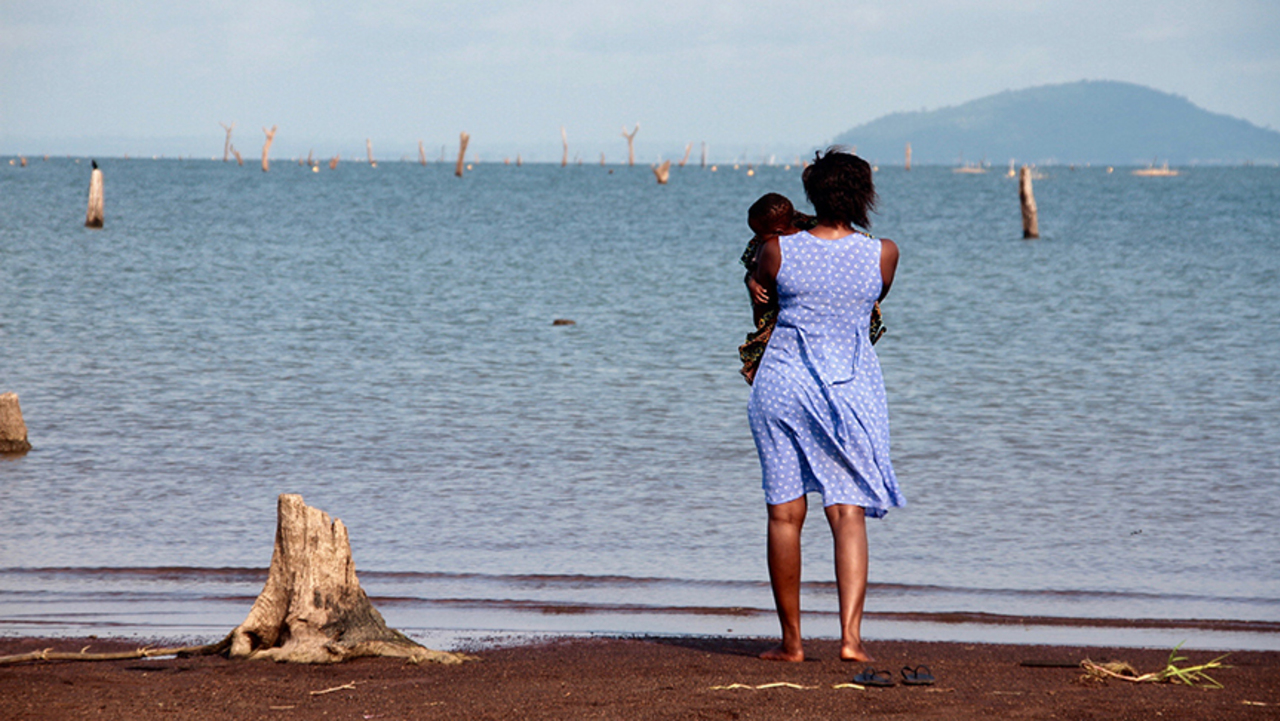 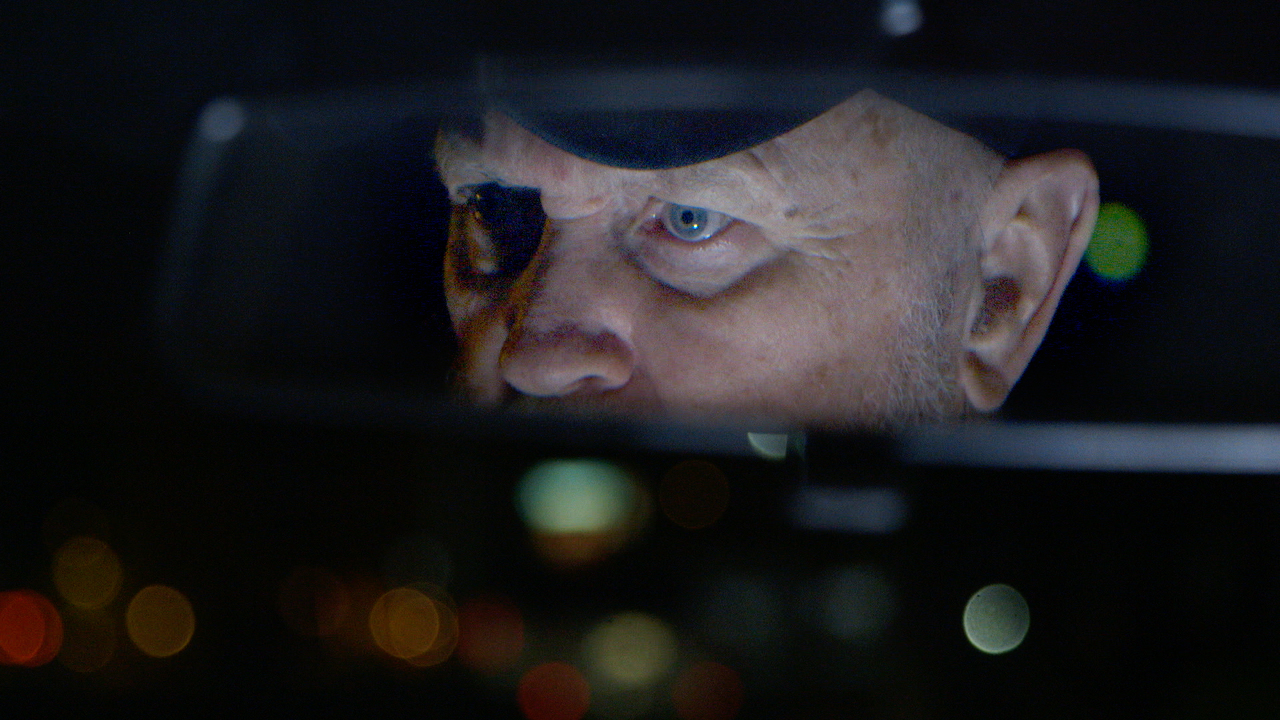 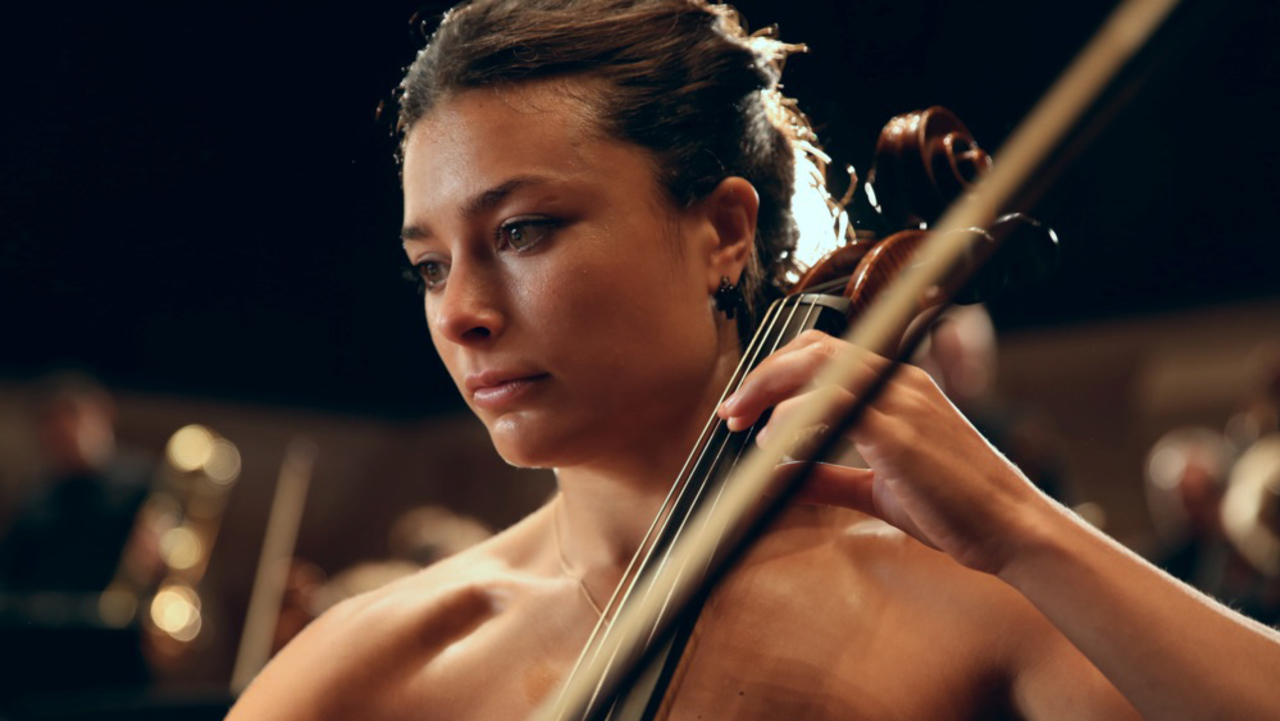 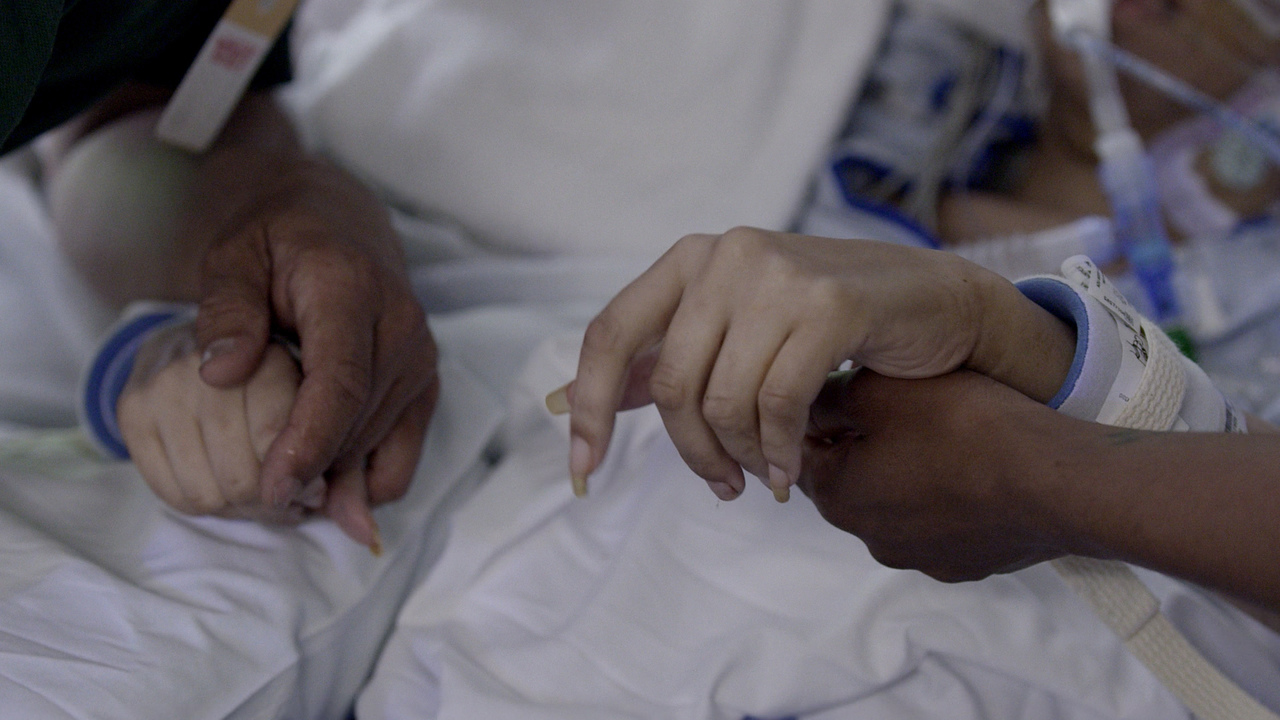 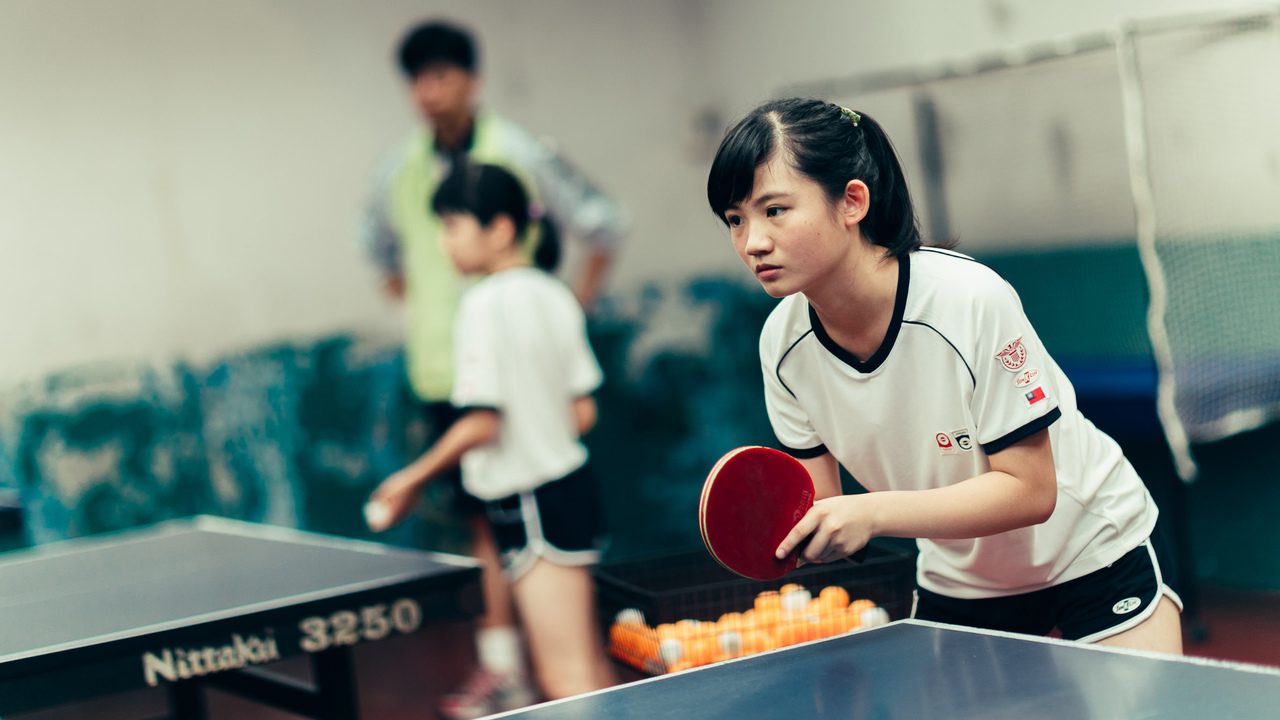 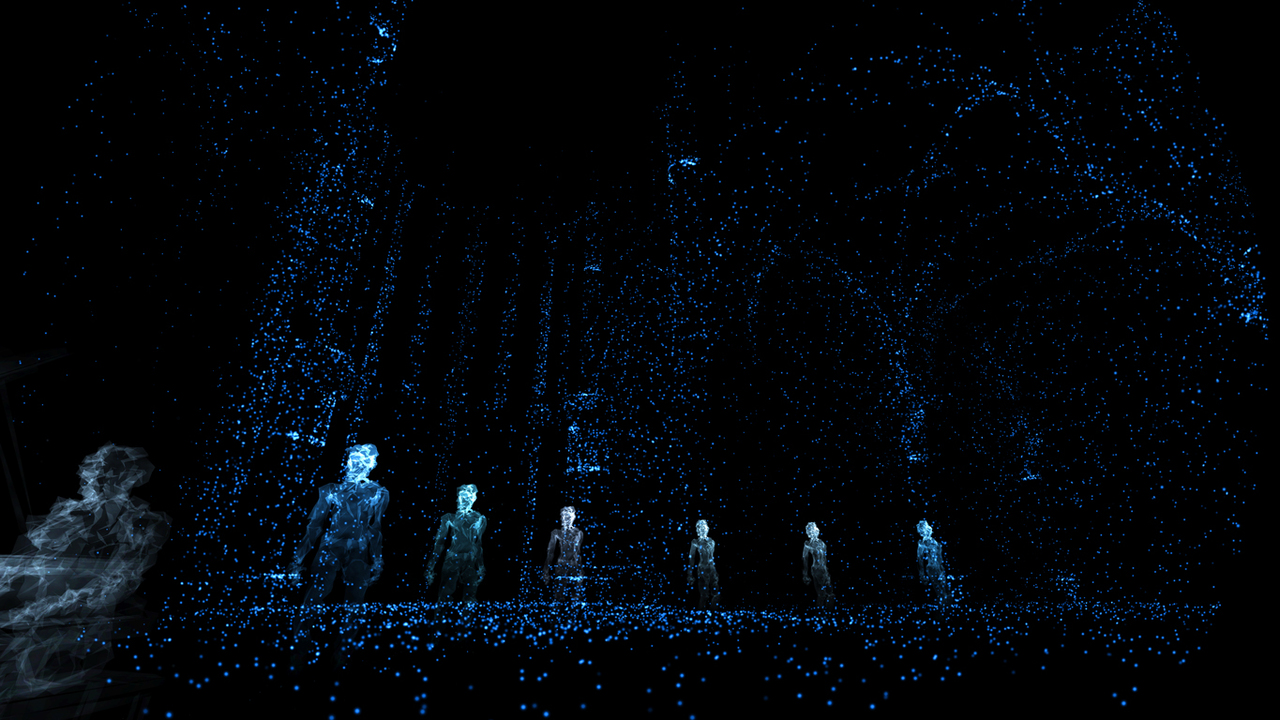 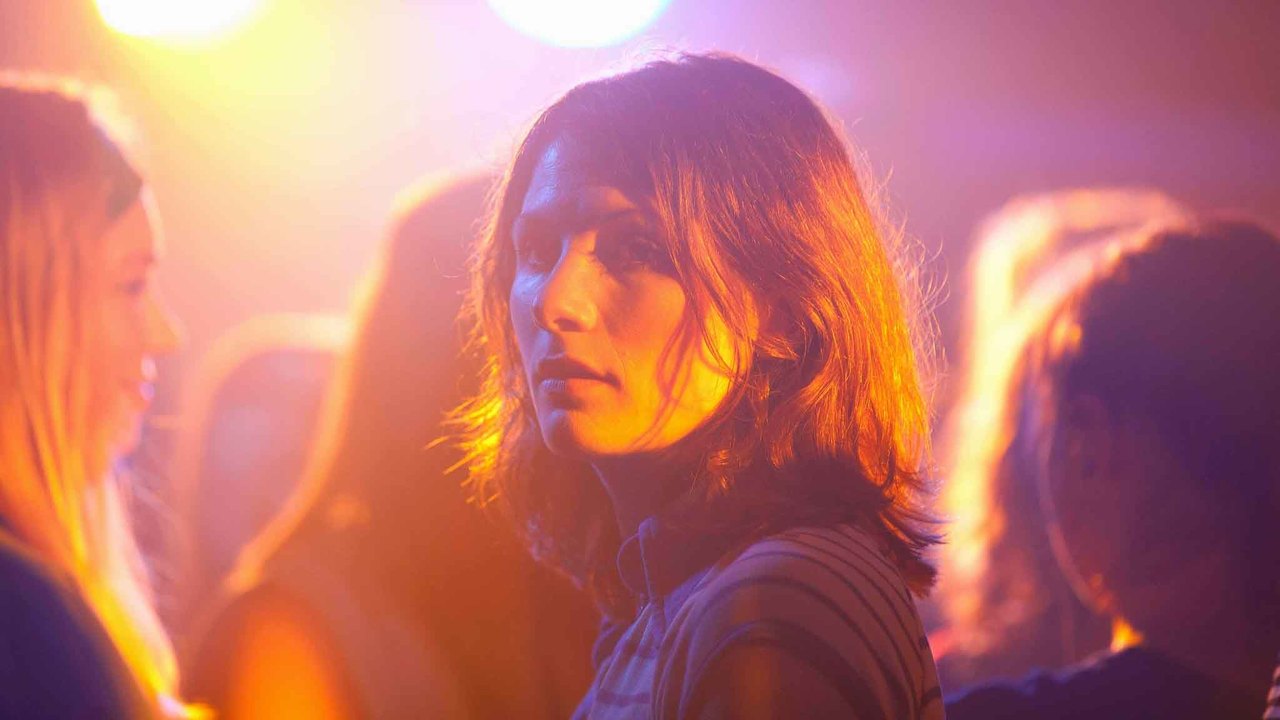 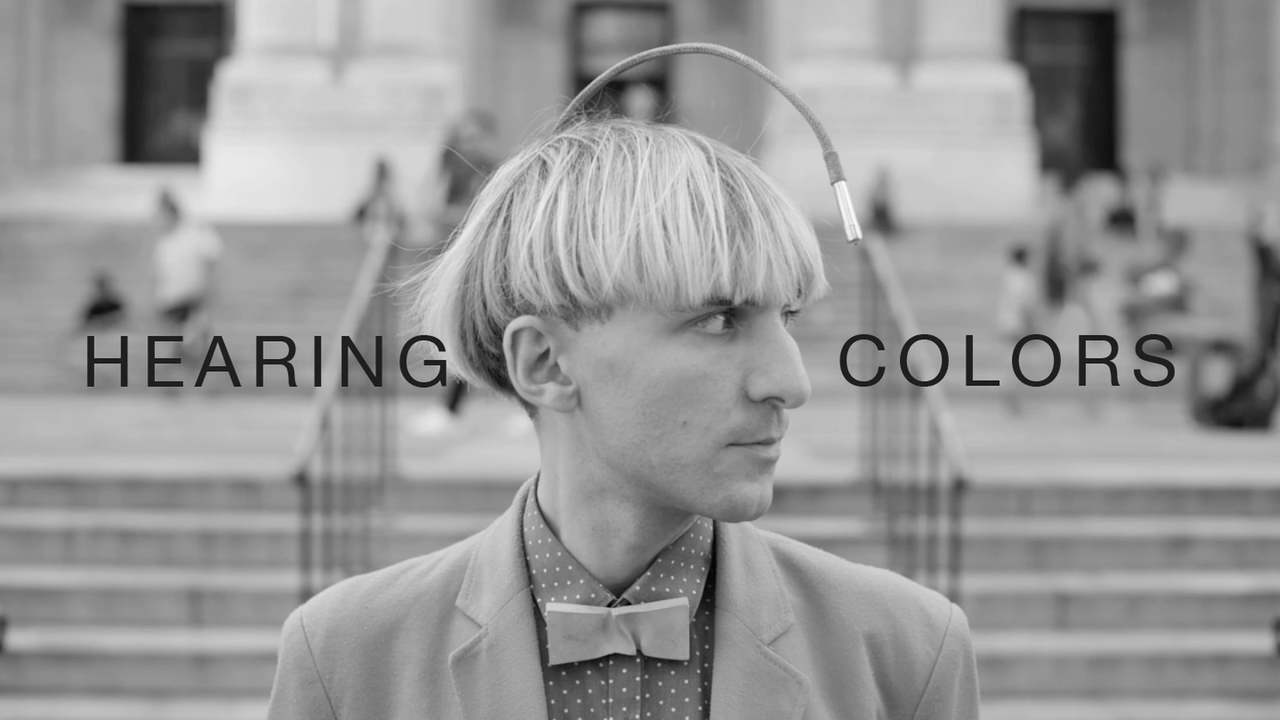