Home » Tribeca News » WATCH: Is This Already a Shoe-In For 2016's Best Horror Movie? Behold THE WITCH
View All News

WATCH: Is This Already a Shoe-In For 2016's Best Horror Movie? Behold THE WITCH 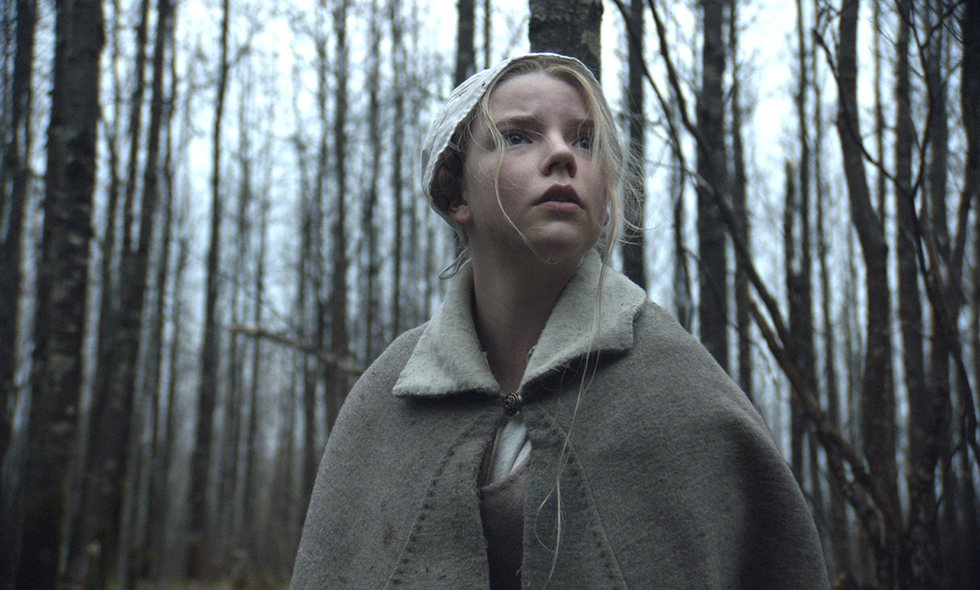 It's a great time to be a horror movie fan, assuming you’re the open-minded kind who’ll look beyond Hollywood for first-rate scares. Outside of the studio system, there's been an onslaught of excellent genre flicks in recent years, with one extra special one reigning supreme each year. In 2014, it was the Aussie supernatural chiller The Babadook, from first-timer Jennifer Kent; this year, it's It Follows, writer-director David Robert Mitchell’s dreamlike throwback to '80s John Carpenter cinema.

Although it’s not even September yet, the victor of 2016 seems fairly clear at this point: smart money would be put on The Witch, the recent Sundance Film Festival breakout acquired by A24 (Under the Skin, Ex Machina) for a theatrical release sometime in 2016.

The millions of unfortunate fans who didn’t attend Sundance in January have had to endure through months of post-festival FOMO, hearing about how The Witch is the best horror movie in years, even better than The Babadook and It Follows, and how it’s going to blow people’s minds whenever they do get to see it. Anyone who’s attending the Toronto International Film Festival will have a chance to catch writer-director Robert Eggers' film next month; everyone else, though, will have to settle for the film’s first trailer, which you can, and absolutely should, watch here:

The official synopsis: “Set in New England circa 1630, ‘The Witch’ follows a farmer who get cast out of his colonial plantation and is forced to move his family to a remote plot of land on the edge of an ominous forest rumored to be controlled by witches. Almost immediately, strange and unsettling things begin to happen-the animals turn violent, the crops fail, and one of the children disappears, only to return seemingly possessed by an evil spirit. As suspicion and paranoia mount, everyone begins to point the finger at teenage daughter Thomasin. They accuse her of witchcraft, which she adamantly denies…but as circumstances become more and more treacherous, each family member’s faith, loyalty, and love will be tested in shocking and unforgettable ways.”

Much of the hype surrounding The Witch has centered around Eggers’ remarkable attention to period detail, with everything from the production design to the actors' dialogue feeling as if it were transported through a time machine and onto the big screen. Based on that trailer, the hype seems heart-attack serious.

Also worth considering: off the strength of The Witch, Eggers recently signed on to remake F.W. Murnau's silent horror classic Nosferatu; when the news broke, horror fans didn’t cry foul like they’d typically do over remake announcements—they were atypically optimistic.

This one’s going to be special, folks.

Oh, and that goat you see in the trailer, that's Black Philip, and it's apparently an absolutely batshit scene-stealer. Critics have dubbed Philip as "Best Supporting Goat." (Let's hope the Academy agrees.)