The Top 5 Moments from The 2013 Disruptive Innovation Awards

Five moments that made TDIA 2013 memorable. 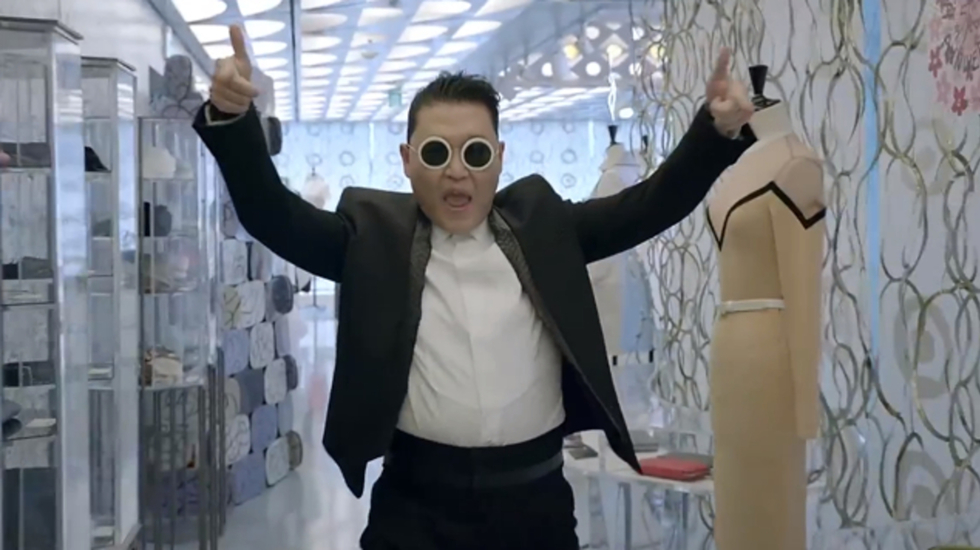 The fourth annual edition of the Tribeca Disruptive Innovation Awards was definitely not without it's surprising moments. The award show, presented in association with the Disruptor Foundation and Harvard Business School Professor Clay Christensen, father of Disruptive Innovation Theory, featured award recipients from all different areas of business, presenting them with the coveted red hammer statue. Co-sponsored by Accenture with media support from The Economist, here's a breakdown of the events top-five most "disruptive" (in a good way!) moments:

Our esteemed award presenter Perri Peltz has been reporting for WNBC for over twenty years, but in all those years in the politically correct world of network journalism left her a bit flustered when she had to announce that this year's Henry IV prize winner, the Facebook phenomenon "I fucking love science." After managing to spit out the words, Ms. Peltz seeemed to loosen up and joked around with Andrew about the site's (totally meta) fansite: "I fucking love I fucking love science."

Taking our cue from the Oprah "You get a car, and YOU GET A CAR!" style of presenting, Norma Kamali's acceptance of the Hedy Lamarr prize was preempted by a 3D screening of her latest fashion promo. Each audience member was instructed to peel off a pair of (very chic) 3D glasses from under their chairs and watch the swing-inspired video. Check it out on Kamali's truly fashion forward 3D website.

We presented Morgan Spurlock and GE CMO/SVP Beth Comstock with the Mark Twain Prize for their contributions to the GE Focus Forward - Short Films, Big Ideas initiative. We also screened the film that Morgan directed, which was part of the series "You Don't Know Jack," (which you can watch in the Tribeca Online Festival).

The subject of that documentary, wunderkind 14-year-old pancreatic cancer researcher Jack Andraka, was also awarded a hammer, but couldn't accept as: "He had to go to school today."

Wanna feel like an underachiever? World-famous choreographer Twyla Tharp has a Tony, two Emmys, and 19 honorary doctorates. She can also do the "Gangnam Style" dance with the best of them, which she proved by performing it before stepping up to the "Disruptive Innovation" podium. Tharp guided us through her latest innovation: a relaunched website that features data nad archive video on nearly all of her performances, including her first concert in 1965, which centered around a yo-yo. Before leaving the stage with her award, Tharp told the audience: "If I can do that with a yo-yo, imagine what I can do with a hammer."

K-Pop ambassador and Youtube all-star Psy made a brief appearance at the awards, and it was definitely a highlight. When Peltz asked him for the secret to his success, the sharply-dressed musician replied slyly: "I don't want to say this, but-- Maybe, am I handsome?" He also recalled how he had been rejected from NYU (who was hosting the event) in 1996, and even agreed to perform for the captive audience. Psy performed the signature gyration from his latest single "Gentleman," waved to the crowd, and then hurried off stage. Now that's how to make an exit.