10 more tips for crowd-funding beginners: how to maintain and finish up a successful campaign. 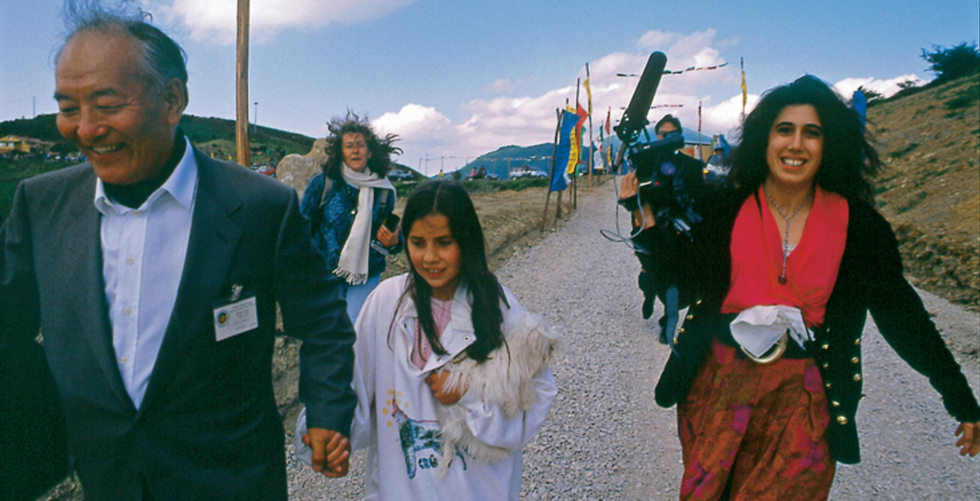 After 22 years of work, filmmaker Jennifer Fox found that she had a completed film with no way to pay the bills and fund the distribution. With no hope left, she reluctantly turned to Kickstarter to ask for help. Future of Film wanted to tell more of her inspiring story, which came with some very useful and inspirational advice. Below are 10 things she learned during and after her successful campaign .

11. Kickstarter Is Not For Sissies

No one can prepare you for the amount of work a Kickstarter campaign involves. Don’t start your campaign until you make the time, mental space and have enough pressure on yourself (meaning financial need) to do so. No one fundraises because they have nothing else to do.

It is the same advice I give to young documentary filmmakers when they ask me if should they make their new film. I always say, “If you can walk away from an idea, do so immediately, because making films is too hard. Only make the film that you can’t walk away from.”

12. Not Every Film Is A Kickstarter

One of the first questions a journalist asked me at the end of our campaign was: Is every film right for Kickstarter? The answer is absolutely not. But evaluating what will be successful on Kickstarter is probably very different from the way most broadcasters or distributors evaluate a potential film.

Kickstarter definitely works best when a clear-targeted audience can be identified for the project, classically called “niche audiences.” These audiences are perfect for web-based projects because ostensibly you can identify and reach out to every person with similar interest around the world. Niche audiences tend to be very devoted to their subject and therefore passionate about wanting to see a film about their issue, subject, pastime, or obsession.

13. Define Your Real Goals – It’s Not Just About Money

When we started this campaign, if you asked me what I wanted from potential supporters, I would have bristled and said, “Their money, stupid!” But I have to say as the campaign evolved, I realized I wanted and needed more than just money from contributors. Now, in the aftermath of Kickstarter I would say I have different goals. I wanted contributors:

14. Blanche Dubois & Depending On The Kindness of Strangers

The Blanche Dubois axiom is related to the unexpected support that can come your way. Many people along the campaign heard about the film and our need to complete the funding and took up the cause of raising funds as their own. This is where the web is truly a miraculous tool to reaching out and connecting with like-minded strangers.

Quite honestly in the beginning I was afraid of these offers for help. I have always been quite protective of my projects. But Kickstarter was busting all of my other notions, so why not this one? I knew we needed more traction in the world, so I gave them rein. I did communicate with them about the importance of what was written about the fundraising. Sometimes I had to say no to some of their ideas. But suddenly everywhere on Facebook were posts from these helpful strangers. It was strange but glorious, because we didn’t have to do the work. Our reach expanded, and I loosened up a bit.

During the course of our Kickstarter campaign, I became so fired up with crowd-funding that I found myself really sympathetic to email appeals I received to help complete other films on both IndieGoGo and Kickstarter. I found myself making small (I was broke after all) $10 to $25 donations to other film projects I liked. What happened was surprising. Inevitably when I gave a donation to someone, they made a donation back to our project. While we didn’t exactly make huge sums from this, it expanded the awareness of the project and they became part of the film’s community.

There are many things we learned in the last days of our campaign after desperation set in and we kicked into even higher gear. Some of the things are due to it being our first time out with such a high priced campaign, others are just about breaking those inner taboos that keep you from going all the way to exposing your financial need (and therefore vulnerability) to your friends, family and the world.

17. The Advantages of Fundraising for a Finished Film

As I’ve mentioned often, I was terrified of fundraising for a finished film. It seemed to break every rule imaginable. So it was strange to discover is that there are actually advantages to fundraising for a film that is completed. It turned out that the very thing we wrote on our Kickstarter site to sell the idea of donating to our film to prospective patrons is true: Donating to a finished film is a low risk proposition. Why?

As our last week countdown continued we kept up the pressure. It didn’t matter that by Day 4 of the countdown we had achieved our second goal of $100,000. We had a third goal in the back of our minds since the very beginning: To raise monies for the films theatrical rollout in the USA, which would be another $40,000 - $70,000. So we kept going.

Part of our campaign plan was that in the last week we would post a written update every day. This took a lot of work. For ideas we tried to draw on things that related to the film topic, Tibetan Buddhism, and to the film’s subjects, Chögyal Namkhai Norbu and his son.

The last couple days we even posted several times a day on Facebook with the hour countdown, mimicking what was on our Kickstarter site. Meanwhile, other people around the world started posting the countdown as well. Pretty cool when you realize others are following the ball dropping on your campaign and urging people to join during the last minutes!

19. From Kickstarter to Outreach and Distribution

One of the things that became very clear to me doing this campaign is that Kickstarter is a preparation for your basic outreach and distribution campaign in America.

Ah delivery: the most unglamorous part of the campaign, but the aspect that requires as much or more care. Here are a few things that we have thought about that you might want to consider:

First, just make sure you calculate the cost of Kickstarter, Amazon, the time of the people helping you and the costs and postage of delivering items properly. In my mind, I have made this to be about 15 - 20% of what you raise. Thinking about this ahead of time will help you set the right number goal for your project. But I think it is also important to let you backers know how much is the exact take-away from the campaign, so they understand what you might still need to raise, or why you may have to come back to them in the future.

It is important to keep in touch with your patrons after the campaign ends, giving them updates on next steps, how the incentives will be delivered and the future of the film. These people are your best friends in the march towards completion and getting the film into the world properly. They are your new expanded team, or, as I like to think of them, “soldiers” for the film in the world. They have a vested interest in your film’s future, because it is now, in part, their film.

Kickstarter is an amazing process to go through. I highly recommend it for its potential monetary rewards, how it expands your network, and challenges your inner conceptions. I would do it again immediately with the right film project.

I do however, have to say one thing: All of us agonize about how to fund our films, and indeed it is a challenge. But sometimes it is easy to forget that the really difficult thing is not fundraising but making good films. Nothing compares to the challenge and the complexity of this unique art. With funding so scarce in America, it is easy to loose sight of this fact. Kickstarter is nothing compared with the task of making a well-crafted, surprising, valuable, enjoyable, emotional, eye-opening visual work that has the power to change the way people see themselves and the world. Let us all keep our eye on the ball as we journey forward!

All of Jennifer Fox's tips were originally published at Hope for Film.