Your long winter commute just got a little more bearable. 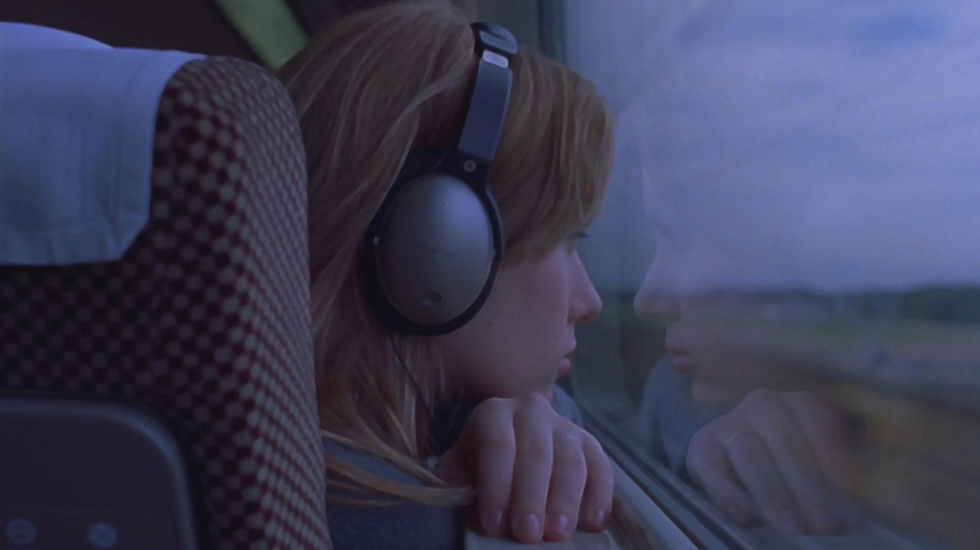 Any true film lover knows that life is just what happens in between movie screenings. So instead of jamming out to tunes as you head to and from work (or just generally putter around town), why not listen to these 5 cinematic podcasts? We guarantee you’ll be as entertained as you are educated.

Since 2011, Adam Schartoff has been interviewing both exciting new artists and established voices in independent film. He does not limit his conversations to filmmakers alone, but also includes actors, programmers, writers, and producers on his weekly podcasts. Esstential listening for filmmakers as well as film lovers, Schartoff has honed his technique and knowledge over the years to produce thoughtful, informative and intelligent interviews that give his listeners extraordinary insights into the industry and its players. Past guests include cinema icons like Frederick Wiseman and Liv Ullman, genre kings like Monte Hellman and Larry Fessenden, and emerging writer/directors like Ana Lily Amirpour and Joesphine Decker.

Hosted by Grantland writers Alex Pappademas and film critic Wesley Morris, this show offers film fans insightful yet accessible commentary on current releases, cinematic anniversaries, breaking movie news and whatever else they might feel like talking about that week. Pappademas and Morris are true culture vultures, comfortable discussing anything from Jaden and Willow Smith to the Sony E-mail Hacks to giving out fake awards (dubbed “the Ruffalos”) to underrated performances. Their voracious appetites for the arts as well as for pop culture and current news stories and their intelligent commentaries on all they survey prove to listeners that you need to be well-rounded to speak intelligently about cinema.

How Did This Get Made?

Actor/comedians Paul Scheer, June Diane Raphael and Jason Mantzoukas offer a biweekly celebration of movies-so-bad-they’re-amazing which is a genuine treat for movie and comedy lovers with a penchant for guilty pleasures. With the help of various guest hosts ranging from Kevin Smith to Jenny Slate to Damon Lindelof, the crew tries to decipher the plots and motivations behind some of Hollywood’s most head-scratching efforts like Wild Wild West, Super Mario Bros. and Superman III. What we love most about this podcast is the fact that it’s so interactive, with Scheer posting mini-episodes or “pre-quels” each off-week to let fans know what movie will be the subject of next week’s conversation. He also offers random facts and shares his own personal movie picks.

More often than not, film enthusiasts love to talk about bad movies as much as good movies. Daily Show writers Elliott Kalan and Dan McCoy, along with their friend Stuart Wellington, have made a side career by discussing and riffing on the worst movies of today and yesterday. Don’t let their jokes fool you—these guys are hard core cinephiles, recommending films like The Friends of Eddie Coyle and Manhunter in the same episode as they rip apart the Hollywood dud, Gangster Squad. If you’re in the New York area, the trio regularly performs live shows at venues like The Bell House and at the Alamo Drafthouse in Yonkers.

You Must Remember This

Film critic/writer Karina Longworth writes, hosts, records and edits this podcast in which she dives deep into the long forgotten Hollywood histories and the relationships (mostly romantic) of its major players from pre-code Hollywood to the end of the century. Methodically researched, Longworth’s proclivity for storytelling is apparent through her skillfully written mini-histories of stars at their most vulnerable or at the peak of their powers. If you’re a sucker for old Hollywood glamour and romance, you’ll swoon over Longworth’s two-part series on Humphrey Bogart and Lauren Bacall. If you’re more interested in post-New Wave Hollywood, you’ll no doubt be riveted by Longworth’s examination of Isabella Rossellini’s life and career in the 1990s when she took control of her own destiny.