The funniest woman in late night television, and one of our upcoming Tribeca Tune In guests, admirably (and hilariously) tries to reason with the unreasonable. 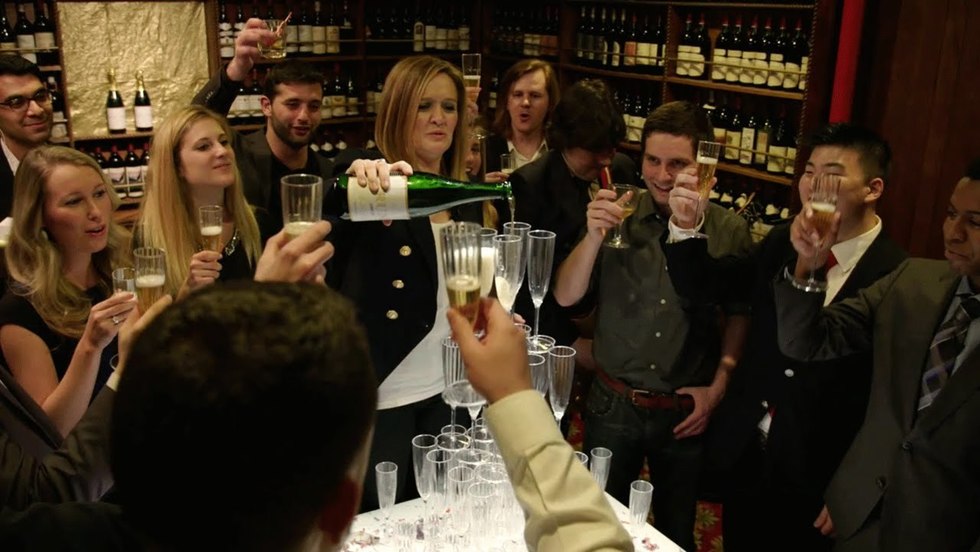 Earlier this month, John Oliver dropped the proverbial microphone with extreme force on Donald Trump's presidential campaign through a painstakingly researched, undeniably on-point 20-minute takedown on his HBO show Last Week Tonight. It should be required viewing for all Americans, whether they’re pro-Trump or anti-Trump. While Oliver's segment is quite definitive, it certainly won't be the comedy worlds closing statement on the GOP-leading candidate, especially now that Trump's dangerous campaigning tactics have started inciting aggressive protests like the one that happened in Chicago over the weekend. And just think, there are still eight months left before the election is over.

Last night on her hilarious, must-watch TBS series Full Frontal, which was just announced as part of the first-ever Tribeca Tune In program, Samantha Bee debuted a perfect companion piece to Oliver's Last Week Tonight effort. Hoping to better understand how and why exactly anyone can genuinely endorse Donald Trump, Bee sat down with a diverse group of young, well-educated Trump supporters for a "totally judgment-free conversation" (wink, wink) about their favorite presidential candidate.

The result isn't as damning as Oliver's segment, but it's definitely just as eye-opening, particularly when one of the supporters unabashedly calls Bee a "trickle-down media whore" to her face. (Because she's a pro, Bee handles the insult brilliantly.) But it's also alarming in how the interviewees, namely a young black guy, basically just continue to rehash the same old "He tells it like it is" defense, which continues to hold zero weight in the minds of rational human beings. It's like a broken record endlessly spinning a Mein Kampf audiobook. That black Trump supporter tells Bee that he likes Trump for how he speaks "in an old way," which prompts her to retort with, "Like an old racist."

Fear for the youth of America some more by watching the Full Frontal segment in its entirety below. And take note: Samantha Bee and head writer Jo Miller will be at the Tribeca Film Festival on Tuesday, April 19th, to discuss TBS' Full Frontal.