Home » Tribeca News » How to Date in A Big City, Based on Lessons Learned From NYC Movies
View All News

How to Date in A Big City, Based on Lessons Learned From NYC Movies

Being single in NYC can be intimidating. That’s where the city’s rich history of movie dating scenes comes into play. 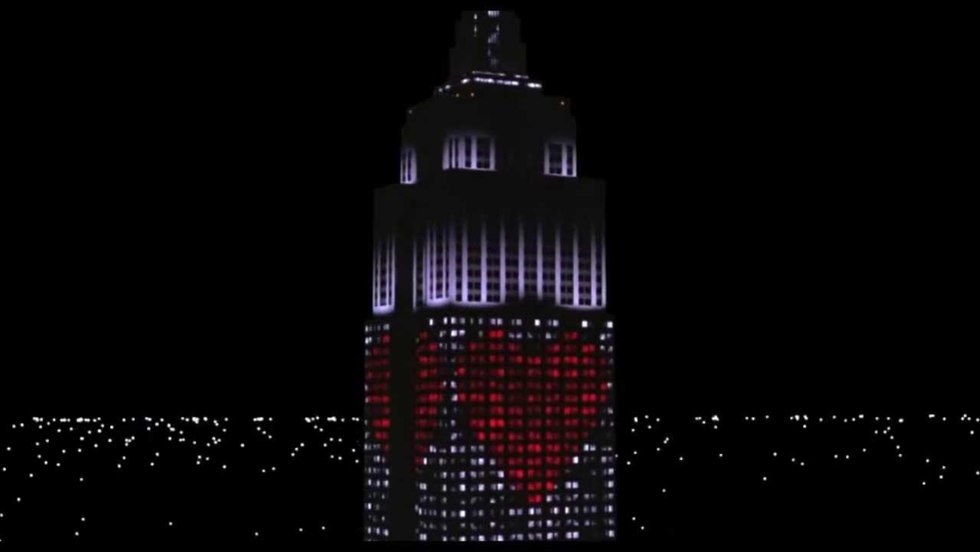 Ask anyone who's tried: finding the right person to settle down with in New York City is thankless at best, but mostly agonizing. If any given single New Yorker's efforts were turned into a movie, the working title title would be Mission: Impossible – Ego Deflation.

Another possible title: The Nightmare Before Match.com.

The city is a sprawling metropolis that’s occupied by millions of people, yet it’s apparently forever lacking in suitable mates for the solo men and women who spend their summer afternoons sitting in Central Park and wishing the couples walking by hand-in-hand would trip and fall. Misery, after all, adores company. And, as much as they’ve tried to resist the urge, those discontent spectators will eventually download Tinder, Hinge, Coffee Meets Bagel and/or Tindog (which is, no joke, a dating app for dog lovers) in an act of self-defeat. Better that than go on yet another unsuccessful NYC dinner date that leaves one’s wallet $200 lighter and his or her self-esteem at an Eeyore level.

The good news, though, is that there’s a countless number of NYC-set movies already out there for single folks to use as their very own Alex "Hitch" Hitchens. For their convenience, we’ve put together this film-inspired and, fingers crossed, foolproof plan for how to date in New York City. Use it to star in the yet-to-be-made classic My Big Apple Wedding.

Don’t be afraid to talk to strangers.
As learned from: Serendipity (2001)

That woman who just sat next to you on the subway train, or the guy who grabbed the purse that you dropped on the ground? Yeah, she or he just might be your future spouse—but there’s only one way to find out. And it’s not by kicking yourself in the ass later that day for once again dropping the ball.

Forget what your parents told you about never talking to strangers and strike up a conversation with the random attractive people who bump into your path throughout the day, just like John Cusack does in the rom-com Serendipity, when he and Kate Beckinsale reach for the same winter gloves at Bloomingdale's and, rather than simply walking away, invites her to grab ice cream—even though, yes, they’re both in relationships already.

Okay, there's a caveat: don’t already have a boyfriend or girlfriend.

If it's your first time meeting him or her, pick a safe, not-death-defying place to start the evening.
As learned from: Sleepless in Seattle (1993)

Since people meet online these days, 22 years after Nora Ephron’s Sleepless in Seattle, don’t pay too much attention to this film’s "lovers connect via a call-in radio show" conceit—it’s now as prehistoric as, well, Meg Ryan’s acting career. But Ryan and Tom Hanks’ characters do present an intriguing option here: meeting at one of New York City's nationally recognized landmarks, to add a bit of weight to their long-awaited in-person union. In this case, they meet at the top of the Empire State Building.

But reality, especially dating in NYC, isn’t a sappy Nora Ephron movie—more often than not, it's Takashi Miike's Audition. It's also Catfish, the documentary/TV show about how people fall in love online and eventually learn that they dreamgirl (or guy) is Shrek when they’ve been expecting Princess Fiona. So choosing a locale like the Empire State Building's apex for a first meeting isn't advisable; the only thing worse than a broken heart or shattered expectations would be the shattered vertebrae that comes from your all-the-sudden-psychotic cyber lover tossing you over the side.

When it comes to first meet-ups, stick to public settings, like crowded bars or the middle of Times Square. Your vertebrae will thank you later.

How great would it be to know right away if the woman you've just taken on a first date is one of the "great ones"? As Chazz Palminteri's Sonny explains in Robert De Niro's excellent A Bronx Tale, every man is allowed only three great women in his lifetime, which sounds soul-crushing when you consider that there are millions upon millions of women in the world. Those aren’t exactly awesome odds.

But there's a way to sift through the female population and figure out who's a part of that special trio. First, opt for a car instead of a bus or the subway; second, walk the lady to the passenger side door and close the door once she’s in, but make sure the driver’s side door is locked. If she reaches over to unlock your door for you, she's a keeper; if she doesn't, she's too self-centered and/or inconsiderate.

Keep it cost-effective with pizza for two...
As learned from: Saturday Night Fever (1977)

Unless you're pulling in well over six figures, the cost of living in New York City is insanely high. Every saved dollar counts, particularly since it can run folks upwards of $2,000 a month to live in a studio apartment that's basically a glorified closet with furnishing. Tack dating onto that bill and being single in NYC is enough to make ATM screens read "I Feel For You, Dude" whenever it’s dispensing cash.

Keep in mind the sad fact that most first dates don't lead anywhere except back to the drawing board. So why dish out $150 on a dinner date with someone you may never speak to again? Pull a Tony "Saturday Night Fever" Manero and start off frugally with a slice of pizza at one of New York’s many fine low-cost pizzerias. If the date’s other half gives you the "You’re kidding, right?" look, then point him or her towards the nearest subway entrance. But if they’re excited to chow down on an extra slice, get ready to let them double-decker slice strut their way into your heart.

...But if you’d prefer the sophistication of an actual restaurant, be sure to choose wisely...
As learned from: Along Came Polly (2004)

Once that first pizza date goes amazingly, it'll be time to schedule a second hang-out, which is primetime for stepping the location game up. But it'd be wise to consult with the other person before selecting the restaurant. That way, you’ll avoid running into any allergies or food phobias that could torpedo the date quicker than if you were to "shart" at any point in the evening.

And speaking of "sharting," the hilarious Ben Stiller/Jennifer Aniston romantic comedy Along Came Polly has a scene that perfectly encapsulates the importance of picking the right sit-down eatery. Stiller's character doesn’t do well with "ethnic" cuisine, namely the spicy kind, yet he foolishly lets Aniston pick the place: Al Hafez, a quaint Moroccan spot whose dishes are four-alarm-fire-in-your-mouth hot. Stiller struggles to not perspire like a clergyman inside Manhattan’s old The Limelight nightclub while trying to hold a conversation with Aniston. It's pretty tragic, and emulating this scene would be catastrophic.

...Or be more ambitious and take advantage of all the city has to offer.
As learned from: Hitch (2005)

Contrary to your slacker friends' collective belief, New York City is so much more than the dive bars in and around the East Village. Embracing that truth would be a large step towards becoming a cultured and impressive Casanova. Chances are, the last few losers your new possible-lover hung out with brought him or her to places like the Museum of Modern Art or Madison Square Garden, so think outside the box.

Actually, think like an out-of-towner. You'd be surprised by how many New Yorkers, whether they're natives or recent transplants, haven't visited sites like the Statue of Liberty, One World Trade Center or Ellis Island, which is where Will Smith’s character brings Eva Mendes' in the charming rom-com Hitch, for an afternoon complete with rented jet skis. Taking them to one of these more ambitious places could speak volumes about your overall effort and originality.

If you’re planning a movie night, though, ask for the other person’s input before picking the flick.
As learned from: Taxi Driver (1976)

New York is a colorful place full of lively and fascinating individuals, so why would you want to date somebody whose idea of a good time involves watching The Big Bang Theory reruns? You want someone whose personality reflects the Big Apple in all of its various facets.

In other words, you want somebody like Sally Albright, Meg Ryan’s shame-free character in Rob Reiner's NYC classic When Harry Met Sally…—you know, a person who’s ready to do something as outlandishly showy as faking an orgasm inside the Lower East Side's famous and always crowded Katz's Delicatessen. Those are the kind of people who’ll make living in a city as amazing as New York all it's cracked up to be.

If all goes well, keep the date's climax(es) behind closed doors.
As learned from: Dressed to Kill (1980)

The best-case scenario for any date is, of course, consummating the burgeoning romance at night’s end. (Hey, we’re all adults here, right?) But that’s what bachelor pads and singles’ apartments are for: to first impress the other person by showing them how you’re able to live independent of mommy and daddy and then, yes, getting them to say "Who’s your mommy?" or "Who’s your daddy?" or both. Once the two of you are behind closed doors, anything goes.

By "closed doors," though, we don't mean car doors that are out in public. Sure, it’d feel like you're living out a Danielle Steele novel or a steamy Adrian Lyne film, and that’s never a bad thing romantically, but doing things like having sex in the back of a taxi in broad daylight, a la Kate Dickinson's Kate Miller in Brian De Palma’s Dressed to Kill.

Voluntary full frontal exposure is one thing, but indecent exposure is something else entirely. You don't want the night's most romantic moment to look like this: