With films by creators and actors from across the Arab world, including Tunisia, Egypt, and Syria, the 2016 Tribeca Film Festival is shedding a much-needed light on an often demonized region of the world. 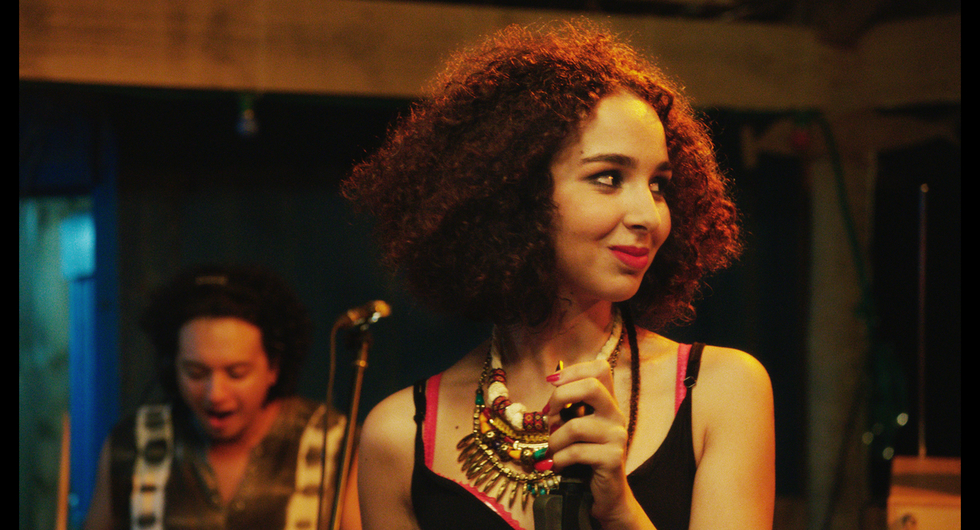 AS I OPEN MY EYES, dir. Leyla Bouzid, part of the Viewpoints program.

With the rise of anti-Arab violence, racism, and xenophobia, the diverse and honest cinematic representation of Arabs should be a priority for any film festival. This means images of men and women from across the Arab world who aren't merely villainous foils to heroic Western leads but, rather, individuals with dreams, fears, strengths, and weaknesses of their own.

The 2016 Tribeca Film Festival will be presenting several films that center on the complex lives and struggles of Tunisians, Iraqis, Syrians, Egyptians, and Palestinians. Meanwhile, over at the Tribeca Festival Hub, the VR project My Mother's Wing centers on a Palestinian family in Gaza in the aftermath of losing two young children to Israeli shelling while taking refuge at a UN school. Read on for more detailed descriptions of the films from the Arab world.

As I Open My Eyes
Section: Viewpoints
Directed by Leyla Bouzid, written by Leyla Bouzid and Marie-Sophie Chambon. (France, Tunisia, Belgium, United Arab Emirates) – US Premiere, Narrative.
As I Open My Eyes depicts the clash between culture and family as seen through the eyes of a young Tunisian woman balancing the traditional expectations of her family with her creative life as the singer in a politically charged rock band. Director Leyla Bouzid's musical feature debut offers a nuanced portrait of the individual implications of the incipient Arab Spring. With Baya Medhaffer, Ghalia Benali, Montassar Ayari, Aymen Omrani, Lassaad Jamoussi, Deena Abdelwahed, Youssef Soltana, Marwen Soltana. In Arabic with subtitles. Presented in association with Venice Days.
Buy tickets here.

After Spring
Section: Viewpoints
Directed by Ellen Martinez and Steph Ching. (USA) – World Premiere, Documentary.
Close to 80,000 Syrian refugees live in the Zaatari Refugee Camp in Jordan. After Spring immerses us in the rhythms of the camp, the role of the aid workers, and the daily lives of two families as they contemplate an uncertain future. Executive produced by Jon Stewart, this is a fascinating journey through the camp's physical and human landscapes. In Arabic, English, Korean with subtitles.
Buy tickets here.

Tickling Giants
Section: World Documentary Competition
Directed and written by Sara Taksler. (USA) – World Premiere.
Charting Bassem Youssef’s rise as Egypt’s foremost on-screen satirist, Tickling Giants offers a rousing celebration of free speech and a showcase for the power of satire to speak for the people against a repressive government. Where this story differs from the familiar success of Youssef’s idol, Jon Stewart: Bassem's jokes come with serious, dangerous, and at times revolutionary consequences. In Arabic, English with subtitles.
Buy tickets here.

Homeland (Hemland)
Shorts Program: Rock and a Hard Place
Directed and written by Sara Broos. (Sweden) – North American Premiere.
A young woman escapes the war in Syria and ends up in the forest in Sweden. Listening to music is a way for her to survive and bring her back, in dreams and memories, to her homeland. This is a film about the power of music and the meaning of the word homeland. In Arabic, English, Swedish with subtitles.
Buy tickets here.