This year has been heavy on movies about the uncertain future. From 'Oblivion' to 'After Earth,' from 'Star Trek' to 'The Purge,' we're taking lessons about future living from our most consistent teacher: the movies. 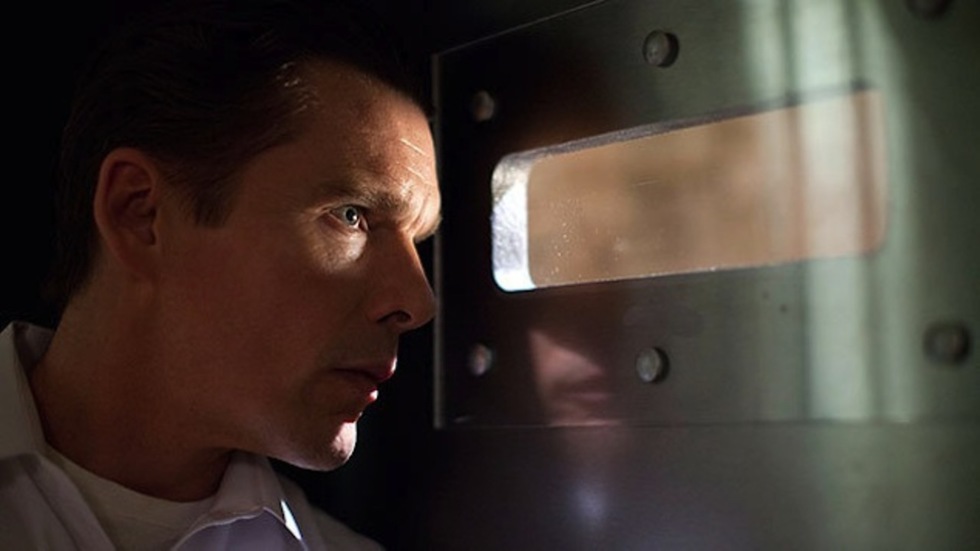 The 5 Best Things About the Future, According to 2013 Movies

You apparently don't have to get sick and die anymore. As Star Trek Into Darkness told us, bio-enhancement technologies have advanced to the point where we can now create humans with magic healing blood. Which is terrific news for the rest of us. Khan may have been a giant thorn in the side of the Enterprise crew, but when the chips were down for Kirk, that magic blood certainly came in handy.

Teamwork is prioritized over individual glory. The most repeated phrase in Oblivion is a question posed to Tom Cruise and Andrea Riseborough's future aerial surveillance workers: "Are you an effective team?" Similarly, Will and Jaden Smith's father/son duo have to work together to survive their unfamiliar environment. And of course everybody on the Enterprise is an essential member of the team's success (even/especially Scotty!). Glad to see how collaborative our future is!

The air quality is pretty good, actually. At least in Oblivion, the air quality is good enough that Tom Cruise and Andrea Riseborough can live in a condo up in the clouds and then spend their days flying around the planet, keeping an eye on things. So whatever else bad happens to the planet vis-a-vis aliens or whatnot, at least the atmosphere is pretty good ... at least, in the good areas. Some of the planet IS declared uninhabitable. But we're looking on the bright side here.

Alien planets are the PRETTIEST. The opening sequence in Star Trek Into  Darkness sees the Kirk and McCoy racing around an alien planet, trying to escape pursuing natives. And they're doing so through a jungle of bright red foliage. It probably has something to do with atmosphere and chlorophyl or something, but whatever it is, these alien planets are utterly gorgeous. If you are a photographer in the future, plan an off-world vacation ASAP.

No more debates about evolution. After Earth says it quite plainly: all the beasts on Earth have evolved in order to be able to kill humans most effectively. That doesn't explain why certain animals have evolved to be blind to everything but human fear, but save those questions for Future Charles Darwin.

The 5 Worst Things About the Future, According to 2013 Movies

Apparently gun control never happened. The good news for Ethan Hawke and his family in The Purge is that they have a whole arsenal of crazy assault weapons with which to defend themselves. The bad news is that everybody else in the world has the same weapons. Oughta keep everybody on their toes!

Global warming has gotten CRAZY. In After Earth, every night, the temperature drops to sub-freezing levels, in the span of like 20 minutes. So if you think the temperatures are at extremes now, just WAIT until Will Smith's vision of the future comes to pass.

We have a whole new form of government. At least according to The Purge, a new governmental regime known as the New Founding Fathers took over and started instituting crazy new programs, like this idea to make all crime legal for one night a year.

You don't ever know who you're dealing with. So apparently, at least according to Oblivion, alien technology is so advanced that there are not only humanoid clones but also computer programs/holograms that stand in for the aliens themselves. So good luck figuring out whether you're talking to a person, a clone, a hologram, or what. That's a lot of paranoia to deal with.

You should maybe not live in London. This has been happening a lot lately, and not just in future-set movies. Just recently Fast & Furious 6 became the latest movie to bust up London for sport. But in the future universe of Star Trek Into Darkness, London is still the subject of near-constant, very cinematic terror attacks. Maybe just live in the countryside?