Home » Tribeca News » BEHIND THE CAMERA
View All News

A journalist looks back on how the Tribeca Festival has celebrated storytelling across communities. 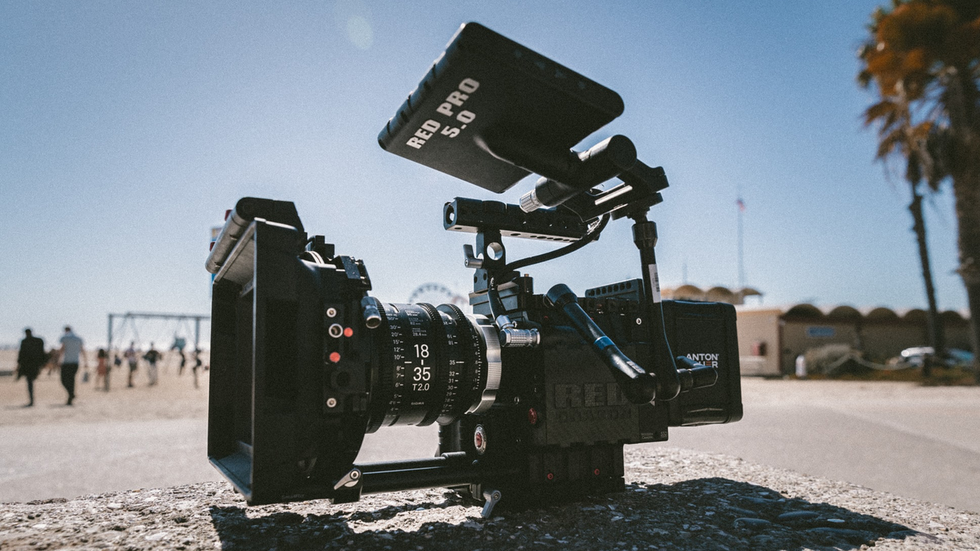 The Tribeca Festival will always hold special significance for me. As a native New Yorker and an aspiring journalist more than a decade ago, I saw firsthand how the festival covered the gamut of documentaries, biographies, and independent films. It not only helped to expand my own worldview, but also introduced me to a diverse range of filmmakers, actors, and crew who worked collectively to engage audiences and tell engrossing stories through the powerful medium of cinema.

For this year’s celebration, the Tribeca Festival returns with a presentation of live events. There are outdoor screenings at select venues across New York City, including Brookfield Place in Battery Park, Hudson Yards on Manhattan’s West Side, and MetroTech Commons in Brooklyn.

Celebrating its 20th anniversary this year, the Tribeca Festival continues to build equity, diversity, and inclusion, both behind scenes and on the big screen. This year’s features program will highlight 66 films by 81 filmmakers from across 23 different countries. Fifteen directors are returning to the festival with their latest works, and more than 60% of the feature films are directed by women, BIPOC, and LGBTQ+ filmmakers.

Launched in 2013, the Nora Ephron Prize honors the late filmmaker who helped define the romantic comedy genre with films like When Harry Met Sally, Sleepless in Seattle and Julie & Julia. The prize, which includes mentorship and $25,000, also supports future generations of female filmmakers and rising voices in cinematic arts.

In honor of Juneteenth, which marks the emancipation of enslaved Black people in 1865, the 2021 Tribeca Festival has curated an amalgam of programming that highlights Black cinema from the African Diaspora through feature and short films, podcasts, Tribeca Talks, music, and other special events. Together with Emmy Award-winning screenwriter and actor Lena Waithe and her company Hillman Grad Productions, this year’s festival teamed up with Indeed — an official partner of Tribeca’s Juneteenth event — to present Rising Voices, a filmmaker program that will debut 10 short films from BIPOC creators.

Also, through a partnership with Procter & Gamble, the Festival will premiere eight original films as part of Widen The Screen, an initiative that broadens content creation and talent development while celebrating creativity and allowing Black creators to display the vastness of the Black experience in film. This includes the 8:46 Films, influenced by the length of time it took for George Floyd’s life to change the world. The filmmakers were inspired to take 8 minutes and 46 seconds to tell life-affirming stories of joy, love, and resilience, fuel the creativity that has always upheld the Black community in the darkest times, and build a legacy of hope. Queen Collective, back for its third year to accelerate gender and racial equality behind the camera, premieres four original pieces, produced by Tribeca Studios in collaboration with P&G, Flavor Unit, and critically acclaimed Oscar-nominated actor, producer, musician, and entrepreneur Queen Latifah.

For the first time ever, the Festival will present The Harry Belafonte Voices For Social Justice Award — named for the legendary actor, activist, and civil rights leader —- which acknowledges noteworthy individuals who have used the arts as a powerful weapon to create real change within their communities. This year’s inaugural award recipient is none other than Stacey Abrams, the renowned voting rights activist whose efforts boosted voter turnout in the state of Georgia, aiding in Joe Biden’s historic win for the presidency and Democractic control over the Senate.

Learn more about the Tribeca Festival’s Juneteenth programming here, and click here to reserve your spot to watch these important stories on the big screen.